The 10 players with the most headed goals since 2009: Ronaldo, Giroud… 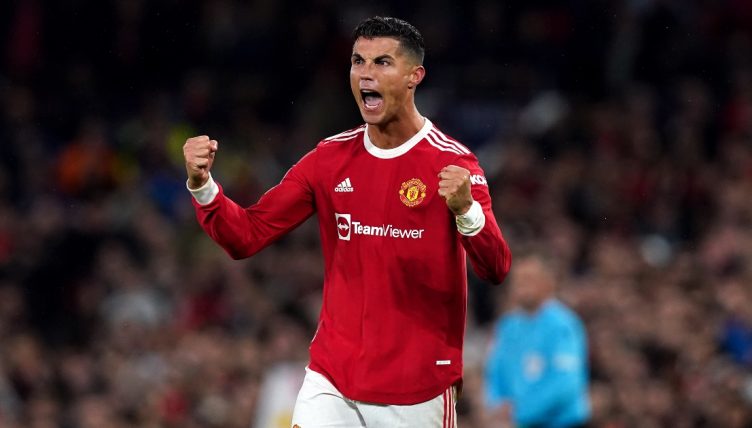 While a lot of people believe that traditional centre-forward play is a dying art in football, there are still some players that are able to perfect it.

Strikers still love making runs into the penalty area, meeting a delicious cross and heading the ball past the goalkeeper and into the back of the net.

Using data from Sky Sports, we’ve taken a look at the 10 players with the most headed goals in European leagues since the start of the 2009-10 season.

Benzema joined Real Madrid from Lyon in the summer of 2009 and has since become the ninth top goalscorer in La Liga history, scoring 214 goals in 408 appearances.

The striker is renowned for his technical ability with the ball at his feet but also isn’t afraid to put his head where it hurts. Thirty-three of those goals were headers.

While Benteke has struggled in front of goal for Crystal Palace in recent seasons, he was once one of the most feared strikers in the Premier League.

The Belgium international, who joined Aston Villa in 2012, stands at 6ft 3in tall and quickly became renowned for his aerial prowess.

Thirty-three of his 86 Premier League goals have been scored with his head. Only Peter Crouch has scored more headed goals in the competition’s history.

After helping Wolfsburg win the Bundesliga title in 2008-09, Dzeko scored five headed goals in the league over the following 18 months before signing for Manchester City.

He then scored 10 headers for City in the Premier League, including the equaliser in that 3-2 win over QPR on the final day of 2011-12.

Since leaving the Etihad in 2015, the 35-year-old has netted 20 headed goals in Serie A during spells at Roma and now Inter Milan.

Giroud has scored plenty of outrageous goals with his feet over the years, including the scorpion kick against Crystal Palace that won the Puskas award.

But he’s also one of the best headers of a ball in world football and 32 of his 90 Premier League goals for Chelsea and Arsenal came from his head.

The France international also scored five headed goals in Ligue 1 with Montpellier and currently has one in Serie A for Inter, taking his overall tally to 38.

“Yeah, because you will find less strikers like my type, a bit old-fashioned who like to head the ball,” Giroud told Chelsea’s official website in 2020 when asked if the art of heading has been slightly lost in the modern game.

“Like Alan Shearer before. Now it’s more about dribbling with pace, but crossing is still very important so you have to be ready to hit the ball with the head. Sometimes you don’t have another option.”

While Spain are renowned for producing skilful and technical strikers like Fernando Torres and David Villa, Aduriz was a towering target-man.

During his spells at Mallorca, Valencia and Atheltic Bilbao, the striker loved to use his physical strength to try and bully La Liga defenders.

One of the most underrated and underappreciated players of his era, Mandzukic played for Dinamo Moscow in 2009-10 and scored two headers in the Croatian top flight.

The former Croatia international moved to Germany in 2010 and scored 11 headed goals for Wolfsburg before netting 13 with Bayern Munich.

“In the box, there is no one better in the air in the world. When we get the ball there he is very, very strong,” former Bayern boss Pep Guardiola said of Mandzukic in 2013.

He added another three to his tally during a brief stint at Atletico Madrid before scoring 10 across four seasons in Serie A with Juventus.

During his illustrious career, Cavani’s incredible movement in the penalty area has set him apart from other strikers and helped him score a lot of headers.

The Uruguay international scored 12 headed goals in Serie A between 2009 and 2013 before registering 22 for Paris Saint-Germain in Ligue 1.

Half of his 12 Premier League goals for Manchester United have also come from headers, including his dramatic injury-time winner against Southampton in 2020.

Admittedly, we didn’t expect to see Llorente this high up the list.

The former Juventus and Tottenham striker has never been really prolific in front of goal, scoring a respectable 101 goals in 325 league appearances since the start of 2009-10.

But he was often effective as a target man and just under half (47) of those 101 league goals were scored via his head.

Despite playing in the Lionel Messi and Cristiano Ronaldo era, Lewandowski has established himself as one of the greatest goalscorers in the world.

The Poland international first shot to prominence with Borussia Dortmund and 11 of his 74 Bundesliga goals for the club were headers.

Since moving to Bayern Munich in 2014, he has gone from strength to strength and added another 37 headed league goals to his tally.

There is only going to be one winner.

Ronaldo is able to produce gravity-defying leaps and has scored a staggering 66 headed goals in league football since the start of 2009-10.

“I always thought the best aspect of my game was my heading and there were not many better than me in England while I was playing,” former striker Tony Cascarino told The Times in 2020. “But Ronaldo is a class above anyone who has ever played the game.

“I’ve tried to explain before about how there are as many different ways of heading a football as there are kicking one.

“You can head with the left side, the right side, the forehead, or the top of the head.

“Ronaldo’s heading is like a perfect golf swing, everything is working in tandem and when it all clicks there is little you can do to stop him.”

💥 Cristiano Ronaldo puts Juve back in front with a TOWERING header before half time!

⬆ Look at how high he climbed for that one!

👍 And another brilliant cross from Alex Sandro for the assist! pic.twitter.com/aQl118qDZQ