‘My player of the season’: Forest fans praise James Garner after loan spell 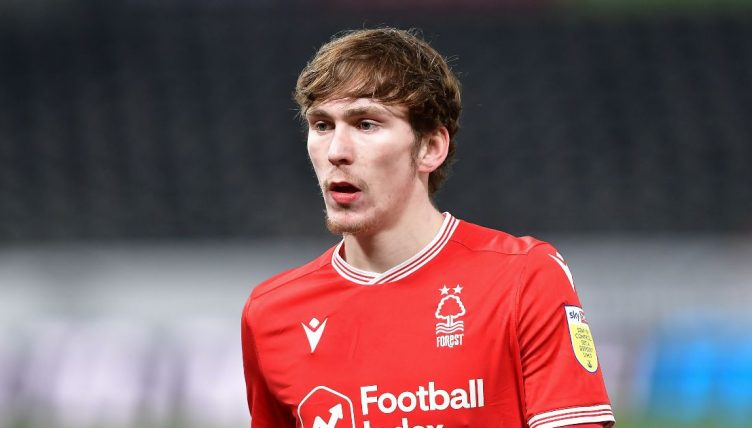 While Manchester United‘s James Garner only spent a few months on loan at Nottingham Forest, he clearly made a huge impression on their fans.

Garner joined the Championship side in January 2021 and helped them avoid relegation, scoring four goals in 20 appearances.

The 20-year-old marked his final appearance of the loan spell with a sensational long-range strike in Forest’s 2-1 defeat to Preston.

“James and Manchester United will have the say on what happens to him next season. All I can say is we’ve been absolutely delighted with him. He’s come in and made an impact. Four goals from a midfield player in less than half a season is a wonderful return.”

Garner is now set to return to Old Trafford but has already been linked with loan moves to Brighton, Norwich and Rangers ahead of 2021-22.

We’ve rounded up a number of tweets from Forest fans that were impressed by the midfielder.

He’s been a great addition this season, plays the game the right way & has a big future ahead of him. Take a bow James Garner, you’ve been one of very few who deserve one this season. Made a lot of friends in Nottingham, sad we never saw you play. 🔴⚪️💯🙌🏻 #nffc @jgarnerr96 pic.twitter.com/mASr94ifz6

If you see James Garner after final whistle, lock him in your car boot until August #nffc

The fact we won’t get to see James Garner play for #nffc in the flesh kills me.

Keeping Garner on loan for another season must be one of our priorities. The lad is different gravy. #nffc

Well glad the season is over coz we are awful

No way we get garner back, best & hardest working player again today. He will be in the premier league next year

Need to get garner back next season,his numbers with us for a full season would be decent and what he contributes to us #nffc

Excellent goal!! Garner's
been a brilliant loan signing for us. #nffc https://t.co/SX36VL3QzS

Resigning Garner is a must for next season #nffc https://t.co/lGSTf27IyO

Happy for garner to go back to mufc as long as he’s a regular starter for ole, but just to sit on the bench would be a waste of talent #nffc

Heaven and earth must be moved to try and get that to happen. Controversial, but he’s my player of the season – even tho he hasn’t been here all season!

Jeeez that lad is something special! 🤩#NFFC #Garner

Garner you beauty. We need to absolutely everything to get this man back next season. Whatever it takes

James Garner is pure class. What a strike. #NFFC