La Masia has produced some of the greatest talents of a generation, but Xavi will always remember one player who slipped through the net.

Barcelona’s academy has become shrouded by a cloud of mysticism over the past two decades as it has produced a number of genius footballing hobbits, namely Xavi, Andres Iniesta and Lionel Messi – slightly-built rugrats who have terrorised the lumbering giants of world football with unparalleled success.

In a recent interview with French outlet So Foot, Xavi labelled Iniesta, his midfielder partner in crime for 13 years, a “special case”.

“He has an unusual talent, he could not fail, impossible,” Xavi said.

That is not always the case at La Masia, however.

“There was another Iniesta at Barça,” Xavi added. “I will always remember his name: Mario Rosas. 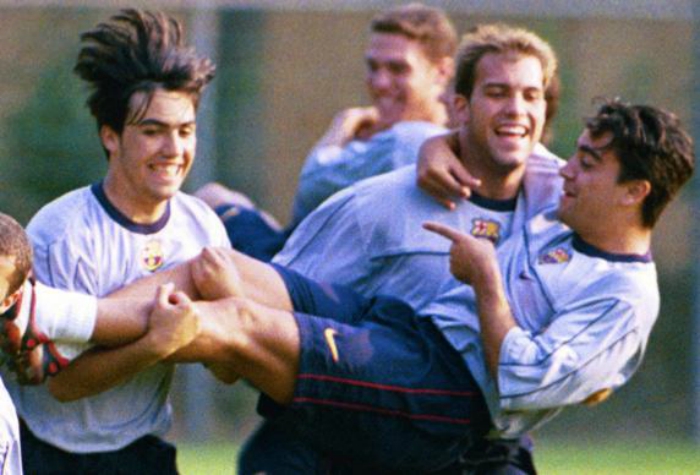 Search for Mario Rosas on YouTube and you are only presented with numerous videos of a namesake who plays the accordian. Searching Twitter is equally fruitless. There are only a few pictures on Google of Rosas in the Barcelona academy, usually accompanied by Xavi.

So, with nothing in English written about Rosas online, here’s what we do know about the player, courtesy of some sketchy translations:

– At 5ft 5”, he was very much the prototype for the Spanish midfielder which has become so successful over the past 10 years. As well as Xavi and Iniesta, think Cazorla, Silva, Thiago etc.

– On the last day of the 1997-98 season, at the age of 17, Rosas was handed his first-team debut by Louis van Gaal, lining up alongside the likes of Luis Figo with Barcelona already crowned champions. But his day was spoiled by another Portugal hero, Pauleta, who scored twice as visitors Salamanca triumphed 4-1. Rosas was subbed off at half-time.

– That proved to be his one and only appearance for Barcelona. The youngster failed to display the tactical discipline required by Van Gaal’s midfielders, while he had Figo, Rivaldo and Patrick Kluivert ahead of him in the pecking order for attacking roles.

– Two years after his debut, Rosas was released having failed to earn a contract extension. Moves to 11 separate clubs, mainly in the second division, followed, including two spells at Salamanca. In the second tier his physical deficiencies were exacerbated and coaches were even less likely to indulge his talent. 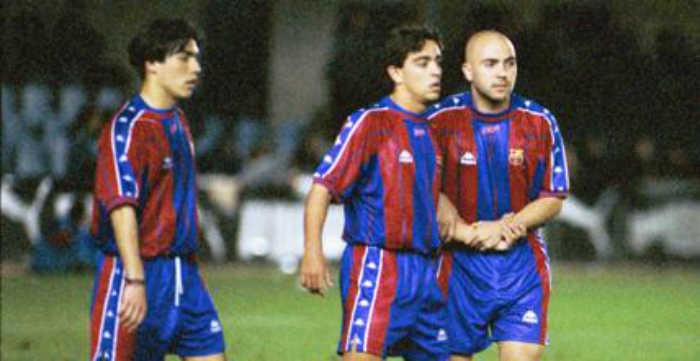 Rosas himself is quick to take responsibility for failing to make the grade at Barcelona.

“It has nothing to do with luck or wrong coaches, it’s my own fault that I’m not in the Primera Division, and all Barca players are of the same type, very offensive, possessive and always full of attack,” he said.

“When I had to leave, I could not adapt to the new demands that came my way, I had to defend more and take on other tasks than I was used to doing at Barca.”

Likewise, he feels no resentment towards Xavi, who he remains friends with to this day: “Fate sometimes has other plans.”

Fourteen years after leaving Barcelona, Rosas hung up his boots and returned to Malaga with the intention of becoming a coach. No doubt he has plenty of valuable lessons to teach young players.

In a sense, it’s a relief there is no readily-available footage of Rosas. It leaves more to the imagination. The languid grace of Laudrup combined with the otherworldly skill of Messi is too much for the brains of mere mortals to compute.

Whatever People Say I Am, That’s What I’m Not may have changed my life, but Mario Rosas would have blown my mind.