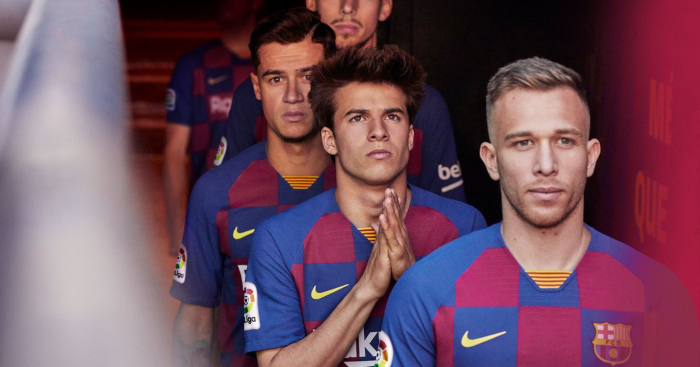 With the season now over, we’re into the summer territory of keeping an eye out for all the new kits being released around Europe.

Plenty have already been revealed, while a number have also been leaked by the weirdly reliable Footy Headlines Twitter account, which has a remarkable success rate.

We’ve collected all the new kits we’ve found to date below and will updating the list further throughout the summer.

The new AEK Athens kit has been unveiled, and Peter Hook wants a word. pic.twitter.com/XlmAqvVkkH

❌ – The @afcajax kit for 19/20 is here, featuring the @adidaslondon Three Stripes underneath the pit, and the crosses on the inside collar paying homage to the city of Amsterdam. It’s great. Available from @kitbaguk 16th May.

New Arsenal kit is great.
New @adidasUK ad is even greater.
Arsenal was my first original club kit ever had, made me Arsenal fan.
This masterpiece brings me back some old vibes.
Missing only Limpar and Smith.
Wishing Arsenal really to have a great season pic.twitter.com/nX35wUajvW

What do you think? pic.twitter.com/2FkqcBocq4 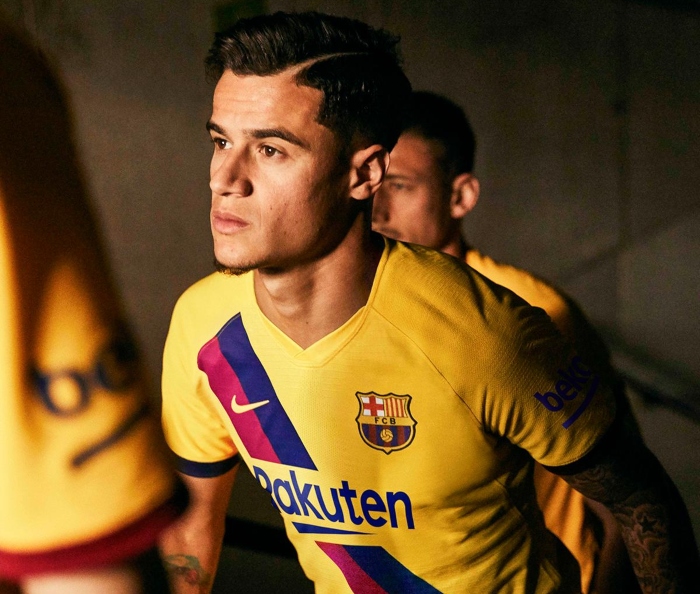 Home is where the heart is 💛

⚫️ Introducing the new @BVB away kit for the 2019/20 season by @PumaFootball.

🇩🇪 The kit is inspired by the city of Dortmund's history in the steel industry.

Kits keep coming from @umbro 😍
this time Burnley with the double diamonds
what do you think?
more here: https://t.co/5qG1bWBbNe pic.twitter.com/2lyNd6PyKc

Phil Daniels loves a bit of it.

The new @ClubAmerica_EN shirt looks like one of those Pendleton blankets that all the good houses on @fvonf have. pic.twitter.com/fr3jOyEVOa

Good to be home for a few days. Thanks @Everton for our new shirts 💙 pic.twitter.com/3l22XbSzH9

Look out for more – including our latest #StDomingo shirtzine and pre-order details – later this morning… 👀 pic.twitter.com/9LnQWrHD2w

😍 @Inter_en have dropped their new home kit for next season, inspired by that 89/90 classic ⚫️🔵 pic.twitter.com/OCYIzm5zpV

The Inter Milan away shirt for next season has been released.

Teal all over, alongside black and gold details, and the iconic Pirelli sponsor across the chest: now would be a nice time to reveal where they'll wear it first, but the Serie A fixtures haven't been released yet. pic.twitter.com/6aAEYbkVH3

Juventus’s new home kit. Are you a fan?… pic.twitter.com/YVwDupFcZz

Liverpool release their new away kit for next season pic.twitter.com/91U6NBwIra

Our #Hacienda away kit is spectacular #ManCity pic.twitter.com/8WCOPCmJhE

.@ManUtd's new @adidasUK kit is inspired by the one from that night in Barcelona and the treble season 20 years ago. It’s very very nice, and it’ll be available from @KitbagUK real soon. (Words: @alexmertekis) [4/4] pic.twitter.com/35rkTh9quq

In case you were wondering, the colour of @ManUtd's new Away shirt is officially called "savannah". The more you know, eh? pic.twitter.com/kWQG4Js0zM

This is the Hummel Middlesbrough kit for next season, so how would people feel about this kit, in sky blue obviously – either with white or dark blue chest stripes? #PUSB pic.twitter.com/cCsJf77QUn

Without you know what, this would be one of the best Newcastle shirts in a long time pic.twitter.com/QkVfM10umM

This @PSG_English kit is dope.
So cute 😘 pic.twitter.com/v0qZpEgHxE

Connected by pride. Unified by PSV.
This is our new Third Kit! 💚#EendrachtMaaktMacht

I’m no Fan of Real Madrid but their home kit for next season is bomb 💣 🔥 white and gold 👏 I’m getting a Vinicius Jr one 🇧🇷 pic.twitter.com/uMzv5jpJ7d

Here's the new @ASRomaEN 2019–20 away shirt. Inspired by Jupiter, Roman god of the sky, with a fiery thunderbolt replacing the sash. Love a bit of drama, don't they, the Romans. No word on the fella's wraparound shades yet. pic.twitter.com/zpLYusRra6

“Why has no one put a Premier League club kit launch on a desert island?” 🏝#SayntsFestival has arrived… pic.twitter.com/kL3IqzruON