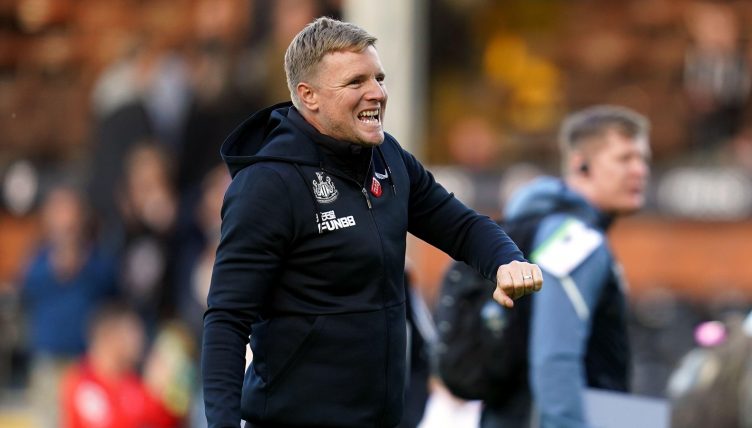 Eddie Howe was brought in as Newcastle United manager to replace the outgoing Steve Bruce in November 2021 and has made a huge impact on the club. The Premier League table since he took over shows just how huge.

When Howe was appointed as Newcastle’s new boss, they were 19th in the table and Premier League survival looked a tall order.

But Howe’s Magpies finished the 2021-22 season in 11th place after picking up 49 points. The last time Newcastle had a better points tally in the Premier League was the iconic 2011-12 season.

This would have been unthinkable back when newly-appointed Howe watched from the stands as Newcastle played out a 1-1 draw to Brighton in early November.

In fact, the 44-year-old former Bournemouth coach took some time to deliver results. A narrow 1-0 victory at home to relegation rivals Burnley was Newcastle’s only win of his first nine matches in charge.

At the turn of the year, Newcastle sat 19th – only one point better off than bottom-placed Norwich – with just 11 points taken from 19 games. But Newcastle’s form in 2022 has been nothing short of remarkable.

The Magpies have maintained their strong form since the end of the 2021-22 campaign and are up challenging the European spots a quarter of the way through the new season.

It should be noted that Newcastle’s uptick in results also coincides with the Saudi-backed takeover, with more net spend than any other club since Howe arrived as manager. Additions like Kieran Trippier and Bruno Guimaraes have proven particularly important in turning the club’s fortunes around. Still, it can’t be denied that their head coach is doing a good job.

How would the table look if it began when Howe took over? Even including his slow start to life in the dugout at St. James’ Park, Newcastle have been up there with Chelsea, Arsenal and Manchester United.

We’ve taken a look at how the Premier League table would look if it began from when Newcastle announced Howe as their new manager last November.

Note: all teams have played 36 league games unless otherwise specified, and we’ve only included the 17 sides that have remained in the division throughout Howe’s time in charge, ignoring the three relegation sides from last season and the three newly-promoted sides for 2022-23.

READ NEXT: Micky Quinn: Keegan broke my heart at Newcastle – I loved the Geordies