Where are they now? Newcastle’s XI from Shearer’s last game in charge 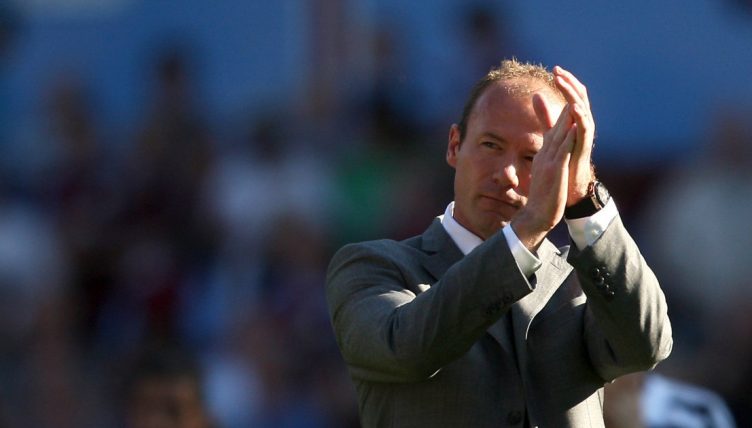 Alan Shearer rescued Newcastle as a player so many times, but in 2009 he was unable to save the Magpies from relegation from the Premier League during his spell as temporary manager.

It was a chaotic season that saw managers come and go, but Shearer was brought in with eight matches left in the campaign to steady the ship and keep the side up.

He wasn’t able to do so, winning just one match of his eight in the dugout, resulting in his beloved Magpies suffering the drop to the Championship.

A final day 1-0 loss to Aston Villa at Villa Park cemented Newcastle’s fate, but who did Shearer select in his rather unconventional 3-4-3 lineup for that match?

Here’s what the starting XI and used substitutes are up to now.

Only a few of those were spent as first-choice goalkeeper, but when Shay Given left in January 2009 he stepped into the departing goalkeeper’s boots.

Now Harper is the academy manager at the club, but he’s got a lot on his plate given that his son and some mates had a fight with the Under-23s he manages.

That must have been an awkward family dinner.

Coloccini was a stalwart at the back for Newcastle for eight seasons, racking up a mammoth 275 appearances in the North East.

Towards the end of his time at the club, he began picking up more and more injuries and was increasingly absent, despite being captain, often staying with his family in Argentina – yet he loved the club nonetheless.

“You have adopted me here and made me feel welcome and so happy,” he wrote in an open letter to fans when he announced he was officially moving back to Argentina in 2016.

“This list of life friends could go on and on, but I can summarise it – this message is for all those people with black and white blood in their veins.

“I always felt adopted by this club and by this beautiful city.”

He only retired last year at the age of 39, last playing for Aldosivi in Argentina and is now the Under-20 manager at Venezuela.

Perhaps it isn’t surprising that Shearer, of all people, selected local players for his Newcastle side.

Taylor, like Harper, spent many seasons at Newcastle, where he turned out 268 times for his boyhood club and played in every tournament from the Europa League to the Championship.

He left the club in 2016 and went on a tour of the world. Portland Timbers, Wellington Phoenix, and Indian side Odisha were all ticked off the list. He even threw in stints at Ipswich and Peterborough for good measure.

Taylor only retired in 2021 after his second stint at Phoenix, and he’s continued his “Around the world in 80 football clubs” journey by becoming manager of Dubai side Gulf United FC – who played Newcastle in a friendly in March 2022.

There haven’t been many Canadian footballers in the Premier League. Across Edgar’s four seasons at St James’ Park, he made only 19 league appearances.

This was one of them, and it was a bit of a disaster as he picked up a red card for a second yellow right at the death. In a crucial relegation match. Oh dear.

His father also played for Newcastle as a goalkeeper, although the brilliantly named Eddie Edgar never actually did make a league appearance for the club.

He retired in 2020 at Canadian Premier League team Forge FC, where he is now assistant manager.

Bolton, Newcastle and West Ham feels like what an old guy sitting in the corner of a pub nursing his pint of Best Bitter would call a “proper football career.”

It was Nolan’s career, who had one and a half years with Newcastle after he joined in January 2009 to save them from relegation.

He wasn’t able to, but scored 17 times the following season to take them straight back up and is now a West Ham coach.

Michael Owen, meanwhile, had no intention of going anywhere near the Championship. As you can imagine, that wasn’t really appreciated by Newcastle fans.

Now a pundit, Owen felt so unsafe watching Newcastle he’s asked not to be put on games at St James’ Park.

“I was supposed to do the game against Norwich last month. I phoned Amazon and said, ‘I don’t really want to go, I’m scared for my safety’, so they changed my game,” he said in 2021.

“I wish it was different. I would love to ask the fans, ‘Why don’t you like me?’, and have the chance to give my side.”

Not sure that conversation would get very far mate. Maybe don’t mention the helicopter either.

That time Michael Owen rocked up to training at Newcastle on Christmas Day in a helicopter?! 🚁 pic.twitter.com/IY6t4SXST1

At 34, Danny Guthrie is still playing football. Maybe for a lower league English club? Or a bit-part team in the Championship?

Nope, he plays for Fram in Iceland. No idea why, especially considering when he joined they were in the second division.

We also have no idea why he spent a season in the Indonesian second flight a few years ago. Good on him though.

From a treble winner in 1999 to relegated with Newcastle, Newcastle’s relegation in 2009 wasn’t Butt’s finest hour.

He stayed with them down in the Championship, however, and lifted the title as captain.

After that, he continued this Newcastle team’s love for playing in obscure places for obscure teams by joining the Hong Kong team South China FC for a season before he retired.

He recently left Manchester United’s U23s where he had been manager.

If it wasn’t Butt’s finest hour, it certainly wasn’t Duff’s. The former Republic of Ireland international scored the own goal that relegated Newcastle, but he doesn’t blame himself.

“Newcastle went down because they deserved to go down,” he’s since said. “Everything around the place, even as a group of players you just felt half of these don’t give a fuck.

“Newcastle paid good wages and there were some big names up there, but half of them didn’t give a damn about the team.”

He’ll be hoping to avoid another relegation this season as manager of Irish side Shelbourne FC.

Martins had no interest in hanging around England’s second tier and left for Wolfsburg in the summer of 2009.

He returned to England once, on a six-month loan with Birmingham City in 2011 where he did absolutely nothing… except score the winning goal against Arsenal in the League Cup Final.

Now retired, he didn’t do too much with Newcastle. Scored this wondergoal, however. I mean, just look at it.

This was Viduka’s last ever match, the veteran goalscorer retiring after Newcastle’s relegation. What does the leading Australian goalscorer in Champions League history (four goals, don’t you know) do now?

Well, he owns a Coffee shop outside of Zagreb and plays guitar in a band with his son. Of course, he does.

Ameobi was a proper cult hero on Tyneside and played almost 400 times for the Magpies. He finally retired in 2018 at Notts County, but has returned to St James’ Park as loan manager.

“Newcastle’s in my blood,” he’s said.”We want to see Newcastle United players come from this region, and I really want to help the next group of players.”

All around proper wholesome stuff.

Lovenkrands left Newcastle at the end of the season… only to re-join in September 2009 anyway.

He is now manager of Danish second-flight side Fremad Amager, but it’s not going too well considering they finished the regular season second from bottom.

Enrique was Newcastle’s Player of the Season in 2009-10, his impressive performances helping them back to the Premier League.

He’s retired now and underwent surgery to remove a brain tumour in 2018 which thankfully went well.

He now posts regularly on TikTok, mainly mocking United and Sunderland fans. At one point he just uploaded the highlights of Real Madrid v PSG for no apparent reason.