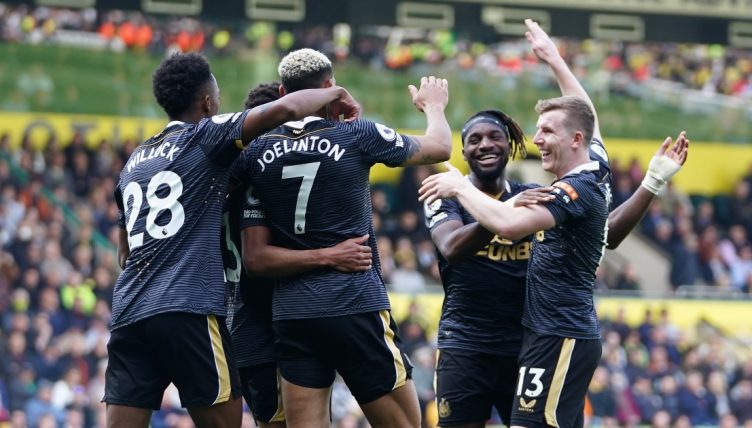 Newcastle United’s incredible turnaround under Eddie Howe has been one of the stories of the 2021-22 Premier League season.

When the former Bournemouth manager was appointed as Steve Bruce’s successor in November, Newcastle sat 19th in the Premier League table. They were still winless and had taken just four points from their opening 10 games.

“I’m realistic but I’m also very, very positive,” Howe told reporters in December while his side remained in the bottom three.

“I know it is going to be extremely difficult, there’s a reason why no team has done it [survived after having such a poor start to the season] because it’s incredibly tough but why not be the first?

Five months later, the Newcastle manager has achieved exactly what he set out to do.

After their takeover earlier in the campaign, the Tyneside club were the Premier League’s biggest spenders in the January transfer window and the £90million outlay on Chris Wood, Bruno Guimaraes, Dan Burn, Kieran Trippier and Matt Targett has helped inspire their dramatic uptick in form.

But the new mood at the club appears to have given a new lease of life to the existing squad, with the likes of Jonjo Shelvey, Joelinton, Fabian Schar and Ryan Fraser looking much improved.

Their Premier League status is secure for another season.

Here are 12 stats that illustrate quite how impressive Newcastle’s form has been in 2022.

– Only Liverpool, Manchester City, Tottenham and Arsenal have taken more points than the Magpies since Howe’s first match back in November.

– Since the turn of the year, only Liverpool have taken more points than Newcastle.

– Newcastle are averaging 2.13 points per game in 2022. Extrapolated over a full Premier League season, that’s enough to see them qualify for the Champions League and finish on average 3rd place (in recent years). Manchester United’s treble-winners of 1998-99 averaged 2.07 points per game.

– No side in Premier League history has stayed up after failing to win their opening 14 matches. Not only is survival all but confirmed, but Newcastle currently sit 9th and look well-placed for a top-half finish.

– Howe’s men need just three points from their final four matches to reach their highest points tally since returning to the Premier League in 2017. That’s despite having just 11 points and one win before the turn of the year.

– Seven or more points taken from their last four matches and Newcastle would enjoy their best Premier League points total since the 2011-12 campaign, when they narrowly missed out on a top-four finish.

– 10 of Newcastle’s 11 Premier League wins this season have come in their last 14 matches.

– Newcastle have taken 25 points from 11 Premier League games at St. James’ Park with Howe in the dugout. In that time, only Liverpool, Man City, PSG, Real Madrid and Fiorentina have taken more points at home in Europe’s top five leagues.

– Bruno Guimaraes has three goals and an assist from his last four Premier League appearances. His WhoScored rating over that period averages 8.28. This season, the top-rated Mohamed Salah has an average rating of 7.71.

"I'd question anybody right now that went to Newcastle. I think they're down.

I think they're relegated, so why would you be going there?"

– From 15 league outings since the turn of the calendar year, Newcastle have kept six clean sheets and only conceded more than one goal on one occasion.