Next Andy Robertson? 6 relegated PL stars that could be a summer bargain 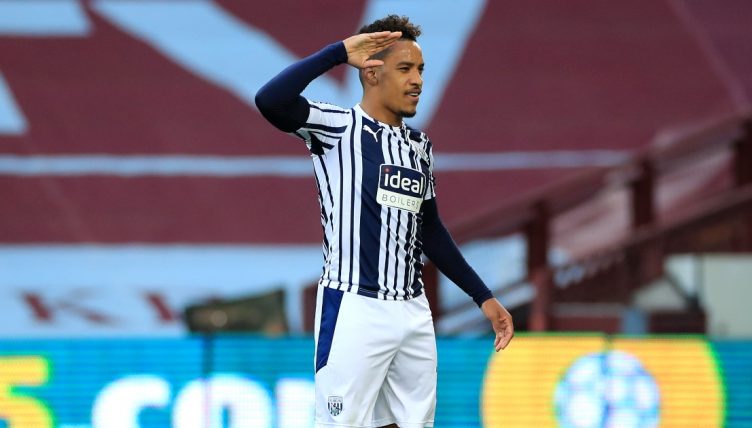 We do not have long to wait until the Premier League season ends and the ‘big six’ can start throwing money around in the transfer window again.

But woah there! Slow your horses, Mr Moneybags! Times are tough right now, so why not partake in a spot of bargain hunting?

Monday night saw Fulham’s relegation confirmed, with Scott Parker’s side joining Sheffield United and West Brom in leaving the Premier League at the end of this season.

Liverpool showed in 2017 how fruitful it can be to bring in players from such recently relegated sides when they signed Andy Robertson from Hull, and that turned out pretty well!

We take a look at six players from those relegated clubs that Liverpool, Manchester United, Manchester City, Chelsea, Tottenham and Arsenal could all potentially snap up for a bargain in a couple of months.

He’s Norwegian, but he didn’t turn out to be the reason Sheffield United would be playing in Europe this season.

The central midfielder arrived at Bramall Lane right before the first lockdown so only had a couple of months to soak up his new Oasis-inspired chant. Now it looks likely he will be on his way.

Manchester City and Liverpool have already been linked with moves for Berge ahead of the summer transfer window, and he would prove a clever move from either side.

Standing at 6ft 3in, he is the sort of physical, energetic presence that both teams will likely be after in the summer, especially with Georginio Wijnaldum looking increasingly likely to leave Anfield.

The 23-year-old has missed a large chunk of this season with injury so will feel he has unfinished business in the Premier League.

When Fulham bought the Wigan left-back in for around £8million in the summer, it looked like an absolute steal. To be honest, it still does.

Despite Fulham’s relegation, Robinson has proven a constant spark down the left-hand side, willing to bomb forward bravely and join their attacks at will.

At times it proved a detriment to a side that may have been wiser to focus more on defensive solidity at times, but those attacking instincts would make him a desirable option for any of the top-six this summer.

Robertson made the step from Hull to Liverpool with ease. Why can’t Robinson do the same?

Fulham have been a weird team this season. They clearly deserve to be where they are, but at the same time, there have been plenty of impressive individual displays at Craven Cottage.

Anguissa is one who has caught the eye. The combative midfielder has played in all but two of the club’s top-flight matches this season, proving to be a crucial link between defence and attack with his impressive bursts forward and intelligent use of the ball.

A few of the big six have been reportedly looking for a midfielder of the 25-year-old’s style, although it has been the likes of Wilfred Ndidi and Yves Bissouma that have drawn the most attention.

But Anguissa has shown this season that he has the talent and physical attributes to be a very shrewd, cut-price option for one of those sides.

Last time Fulham suffered relegation, they loaned him out to Villarreal. You’d imagine he won’t want to stick around for the Championship this time, either.

There has not been a busier goalkeeper in the Premier League this season than Johnstone, with the shot-stopper making 150 saves already.

While the former Manchester United man proved solid for Albion in the Championship, he has stepped his game up another level during the 2020-21 campaign, wriggling his way into the England set-up too.

Some heroic saves helped to ensure that the Baggies’ survival bid lasted significantly longer than it may have done without him and, while each big-six side appears to have their first-choice goalkeeper position sewn up, many of their backup options provide no real competition to their respective number ones.

Johnstone would absolutely provide that and has been linked with a move back to Old Trafford.

The Brazilian will almost certainly garner the most attention from the big-six out of all the relegated players this summer.

His side may have struggled, but the versatile Baggies attacker showed that he is at home in the top-flight, netting 10 goals and laying on five assists with three matches still to play.

Three of those goals and three of those assists have also come against the Premier League’s big boys and it would be no surprise at all to see a side like Arsenal, so frequently lacking in creativity in the final third, try and snap him up this summer.

Any side wanting to acquire the 25-year-old’s services will likely face a fierce battle with other clubs, both domestically and overseas, but he will still likely cost significantly less than plenty of other targets that play the same role.

West Brom equalise at Stamford Bridge thanks to a delightful finish from Matheus Pereira!

A more left-field option for this summer, but hear us out.

The start of this season saw Diangana frequently impressing under Slaven Bilic, scoring an excellent goal against Everton in their second game of the season, and proving a frequent headache for the opposition.

While his direct contributions may have dried up, and Sam Allardyce may have lost faith in him, that flare and threat in attack have not gone anywhere.

Is the 23-year-old likely to nail down a starting spot in a big-six side? Probably not. At least not immediately. But there is no doubting the threat he would provide off the bench and if Big Sam is not a fan, he could go for a bargain.