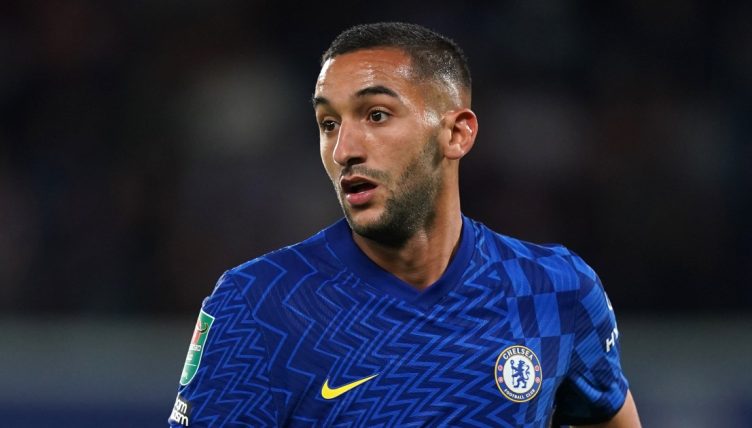 Chelsea overcame their recent Premier League wobbles to comfortably see off Tottenham at Stamford Bridge – with Hakim Ziyech running the show for the Blues.

It was Ziyech’s physics-defying effort that gave Chelsea the lead against their London rivals and the Morocco international terrorised the Tottenham defence throughout their 2-0 victory.

– Ziyech stole the headlines with a sensational curling shot to open the scoring – which will surely feature in any GOTS shortlist – and ensured the Morocco international ended the game with 100% shot accuracy according to FotMob. Which is the real quiz, of course.

The winger had a game-high 96 touches as everything Chelsea did ran through him.

– He also ended Sunday’s encounter with a game-high 34 passes into the final third as Tottenham struggled to cope with his creativity.

– The Chelsea man won eight duels against his opponents, the highest tally on the field, and also topped the tally of final-third entries (10).

– Ten crosses into the Tottenham penalty area came courtesy of Ziyech’s deliveries. They may not have all been effective but it ensured the Spurs backline were constantly kept on their toes throughout the match.

– Ziyech was part of an effective Chelsea press that strangled Spurs’ attacking movements at birth. The 28-year-old made four tackles and never gave his opponents a moment of rest.

– The former-Ajax playmaker demonstrated his resilience by recovering the ball on 10 occasions during the 90 minutes, showing the kind of work-rate that is endearing him to the Chelsea supporters.

– And Ziyech was given the Man of the Match award by the Sky commentary team – marking the second time this season he’s received the accolade according to WhoScored.

Christensen next? The 13 players to play for both Chelsea and Barcelona