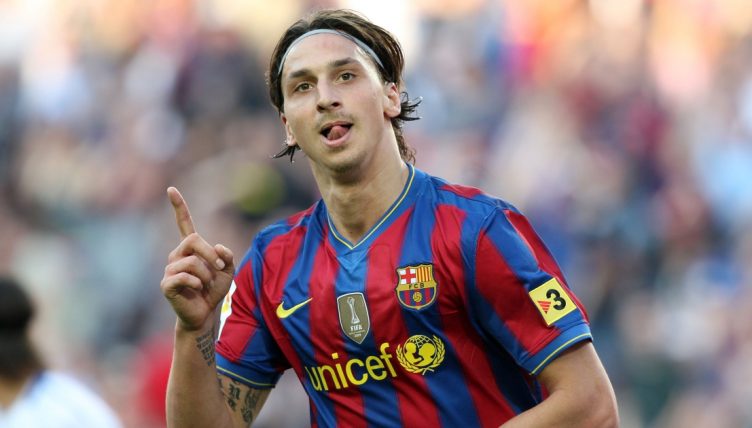 Barcelona are a club that prides itself on bringing as many youth products as possible, but they have also splashed the cash when deemed necessary.

Plenty of already established superstars have walked through the doors at the Camp Nou to play alongside the likes of Lionel Messi and Carlos Puyol, but for every Ronaldinho or Dani Alves, there was a player who arrived with a big reputation and departed soon after with their tail between their legs.

We’ve taken a look at some signings over the years who were meant to be superstars but ultimately stunk out the place, and there were plenty to pick from.

Not much needs to be said about this one.

Still the Spanish giant’s record signing at £140million, his best performance in a Barcelona game came when on loan at Bayern Munich, scoring twice in the infamous 8-2 against his parent club.

Liverpool were laughing on their way to the bank. Coutinho is currently tearing it up at Aston Villa but it was never meant to be this way.

Flashback to Coutinho embarrassing Barcelona while on loan at Bayern 🙈pic.twitter.com/STBfVKL0H2

Another one of the rising stars signed to replace Neymar, Dembele arrived as a 20-year-old from Borussia Dortmund and was considered to be on a similar level to Kylian Mbappe.

£120million later, and an even bigger hospital bill, the France international averages about five games per season and fails to impress on the rare occasion where his knees work. Never trust a Dortmund winger.

Although, with his contract due to expire at the end of the current season, Dembele is suddenly turning in some impressive performances for Xavi’s Barca. They won’t fall for it though. Surely?

Although the 40-year-old who still calls himself a ‘lion’ has had a remarkably successful career, his time at Barcelona was not one anyone looks back on fondly.

£59million and Samuel Eto’o was exchanged with Inter Milan for his services, with Eto’o going on to win a second treble in two years. Ibrahimovic lasted just one season at Barcelona before heading back to Italy to join AC Milan on loan.

The Sweden international blames Pep Guardiola and Lionel Messi for not succeeding in the Blaugrana but they coped just fine with his departure, winning the Champions League in 2011. 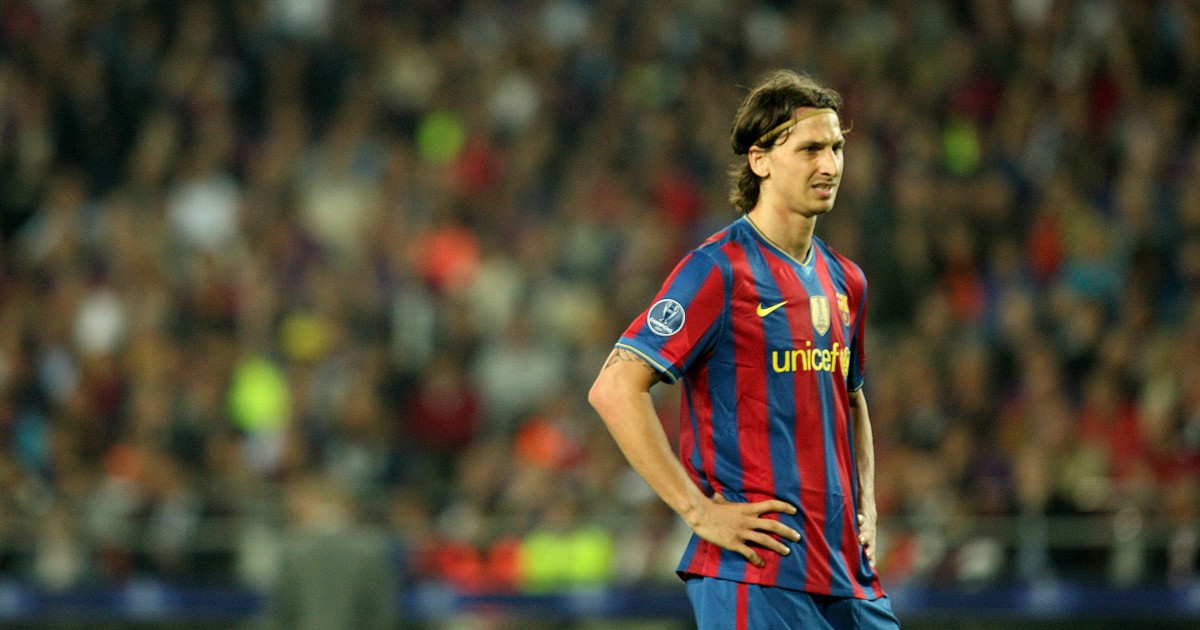 Throwback: Ibrahimovic scores match-winner in his only El Clasico

A £25million signing from Lyon, Umtiti arrived with a great reputation and even had a spell of good performances under Ernesto Valverde at one point, but like his compatriot Dembele, has spent more time injured than on the pitch.

He still remains at Barcelona, occasionally wheeled out in between injuries, but ultimately never lived up to the hype. His €500million release clause remains firmly ignored for now.

Widely regarded as one of the greatest attacking midfielders of his generation, Riquelme was signed from Boca Juniors as a six-time Argentine champion.

But manager Louis van Gaal refused to give him a fair opportunity, disregarding him as a ‘political signing’, and Riquelme moved to Villarreal a season later before eventually returning home to Boca.

The former Argentina international had the last laugh, succeeding at Villarreal while Van Gaal was sacked by Barcelona.

Barcelona were excited to pick up Afellay for a bargain fee of around £3million from PSV Eindhoven, and the Dutchman arrived in Spain as a four-time Eredivise winner and a World Cup finalist.

He had his moments, including an assist in the Champions League semi-final as Barcelona went on to win the treble, but like many others found his progress hampered by injuries.

A couple of loan spells later, the midfielder traded the sunny Spanish coast for a wet and windy Stoke to join Mark Hughes’ squad of Champions League winners and Charlie Adam.

The Turkish attacking midfielder was sensational at Atletico Madrid, helping them to a La Liga title and Champions League final.

Barcelona were so eager to buy him they signed him during a transfer ban, meaning Turan could not play a minute for his first six months at the Camp Nou.

This foreshadowed the rest of his time there, as poor performances meant he was frozen out and eventually loaned to Istanbul Basaksehir two years after his arrival. He received a 16-match ban for pushing an assistant referee before his loan was eventually terminated.

The 34-year-old is now playing for Turkish side Galatasaray, having left the Nou Camp at the end of the 2019-20 season.

Arda Turan has a MELTDOWN 🤬

Sent off for pushing the linesman in a crucial title race clash 🤦‍♂️ pic.twitter.com/RDNCzaEL4J

The third £120million+ signing to try and ultimately fail to replace Neymar, Griezmann’s affair with Barcelona was a strange one from the start.

Signing a year after he released an entire documentary just to say he was staying at Atletico Madrid, he could never adapt to their system, often finding himself benched for the biggest games.

His poor form coincided with his decision to grow his hair out, and upon his return to Atletico Madrid on a two-year loan in 2021, decided to finally have a haircut. He is now finding his form again at the club where he became one of the best forwards in the world.

The moral of the story? A footballer is only as good as his barber.

Maybe all Griezmann had to do to become good again was cut his hair? pic.twitter.com/vcoznQg7rR

There was considerable excitement when Gomes, alongside Spain striker Paco Alcacer joined Barcelona for a combined £60m in 2016.

The midfielder stood out for his country as Portugal won Euro 2016, and was highly rated at Valencia. However, his performances significantly dipped and he was voted the worst signing of the 2016-17 season by Marca.

He followed the natural progression of big club flops, moving to Everton, where he has improved but is yet to hit the heights of his early 20s.