11 of the best nicknames in English football: Hall, Smalling, Maguire… 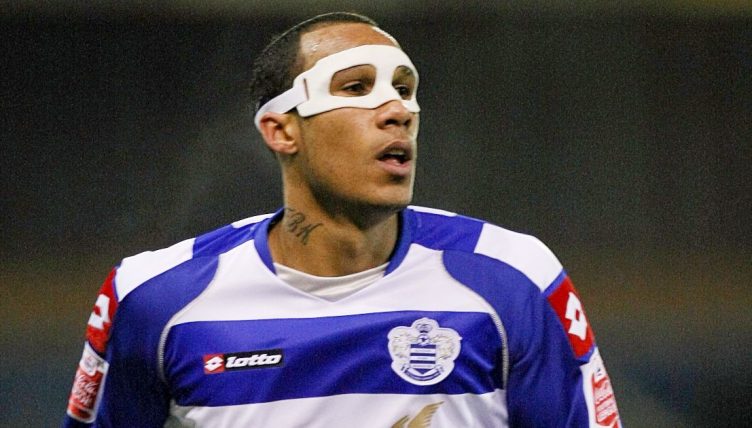 Footballers’ nicknames are rarely too imaginative – but there have been some gems over the years.

It’s a different story around the world where players get cool monickers like O Fenomeno and Il Divin Codino, but a good nickname in Britain or Ireland is a much rarer thing.

They are not impossible to find though. Here, we round up some of the best.

One of the surprise stars of the 2018 World Cup, Maguire not only came home from Russia with a lot more respect for his footballing ability but also much more attention over the size of his head.

So much so that Gabby Logan asked him about it in an interview during the tournament, in which he revealed his nickname among the squad (and subsequently the fans): Slabhead.

He had a decent career with clubs including Crystal Palace, Wigan, QPR and Watford, but he’s undoubtedly remembered most because of his nickname.

The defender is known as One Size because, y’know, One Size Fitz Hall.

We love Louis van Gaal, to be honest. He’s just a bit mad, isn’t he?

There was the falling over on the sideline, that weird scream of ‘Louis van Gaal’s Red Army’, that time he danced on a boat at Pride in Amsterdam.

Oh, and for some reason he kept calling Smalling ‘Mike’.

“Even when we’re going to games and getting off the coach, it’s all ‘Mike, Mike, Mike’, and even though it can get annoying, it’s one of those which is just going to stick with me and I’ve got to roll with it,” Smalling told BT Sport in 2015.

“It’s not Mike in the dressing room, but I think every fan knows me as Mike now.”

"Over to you Mike Smalling…" 😂

As he announced his retirement, relive LVG's best moments from his time at #MUFC: https://t.co/WWxdJW4j9m pic.twitter.com/hvhZEZEFRj

Every year, on September 20, Goodfellow’s friends and family sing happy birthday to the former Stoke winger. Then they follow it up with three cheers. And then they sing his nickname, Freezer.

Bobby Robson was never the best with names. Once, he entered a lift with England captain Bryan Robson and said cheerily: “Hello, Bobby.”

Likewise, a reporter was once left disappointed after asking Ameobi what his Newcastle team-mates called him, only to be told: “Shola.”

The journalist then asked the striker what his manager called him.

“He calls me Carl Cort.”

You know the one. Liverpool. Striker. A bit naff. Bolton as well. Had to deny he went missing in France once. Yes, that’s the one.

Speaking in 2013, towards the end of his first season at Chelsea, Azpilicueta revealed that his team-mates had struggled so much with his actual name that they decided to come up with a new, much easier one to pronounce.

“Cesar’s not even that hard,” he told the Daily Telegraph. “But I suppose Azpilicueta is. Some said my name was too difficult to pronounce and could they call me Dave. It’s stuck. It’s also done affectionately.”

When Brian Clough started his fateful spell as Leeds United manager, he turned to fearsome defender Norman ‘Bites Yer Legs’ Hunter and said: “Hunter, you’re a dirty bastard and everyone hates you. I know everyone likes to be loved, and you’d like to be loved too, wouldn’t you?”

Living up to his reputation, Hunter replied: “Actually I couldn’t give a f*ck.”

Similarly, when Leeds trainer Les Cocker was once told Hunter had broken a leg, he asked: “Whose is it?”

Everyone knows a Killer, but few have earned the name as much as Hales without… well, without actually killing anyone probably.

The moniker was partly because of the striker’s deadly finishing for Charlton, for whom he scored 168 goals.

He also used to help out at his family’s butchers, which had a slaughterhouse attached to it, and was once sent off in an FA Cup tie for fighting with his own team-mate.

We’ve only seen the odd reference to this in the corners of the internet (one bloke has tweeted it about four times) so are not entirely certain if it is true or not.

But if former Chelsea defender Mancienne is not known as Haunted then we give up.

READ MORE: When a player from every club raced 100m – & the one with a hangover won