13 of the most famous U-turns in football: Mbappe, Kane, Gerrard… 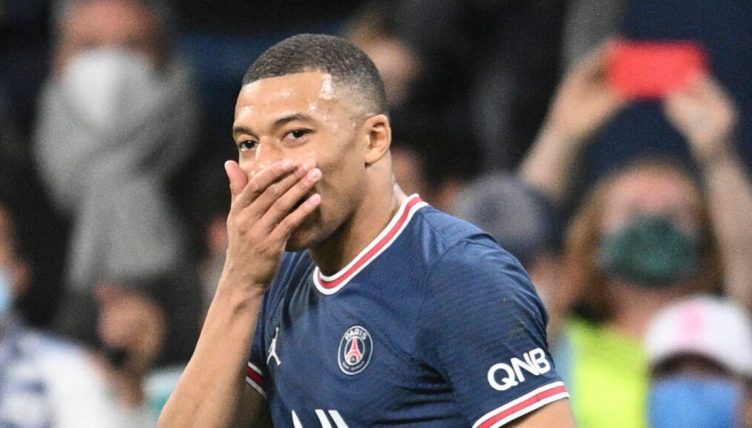 As fans across Europe can attest, everyone has the prerogative to change their mind – but in football, it can lead to a certain level of infamy.

From committing to one club only to join another to saying you want to leave a club only to then commit, footballers’ words often need to be taken with a pinch of salt.

Here are some memorable examples of players who looked all set to do one thing, only to then do exactly the opposite.

After playing both Real Madrid and PSG for months, Mbappe decided to stay in the French capital and signed a new three-year contract. Madrid reacted as well as you’d expect… 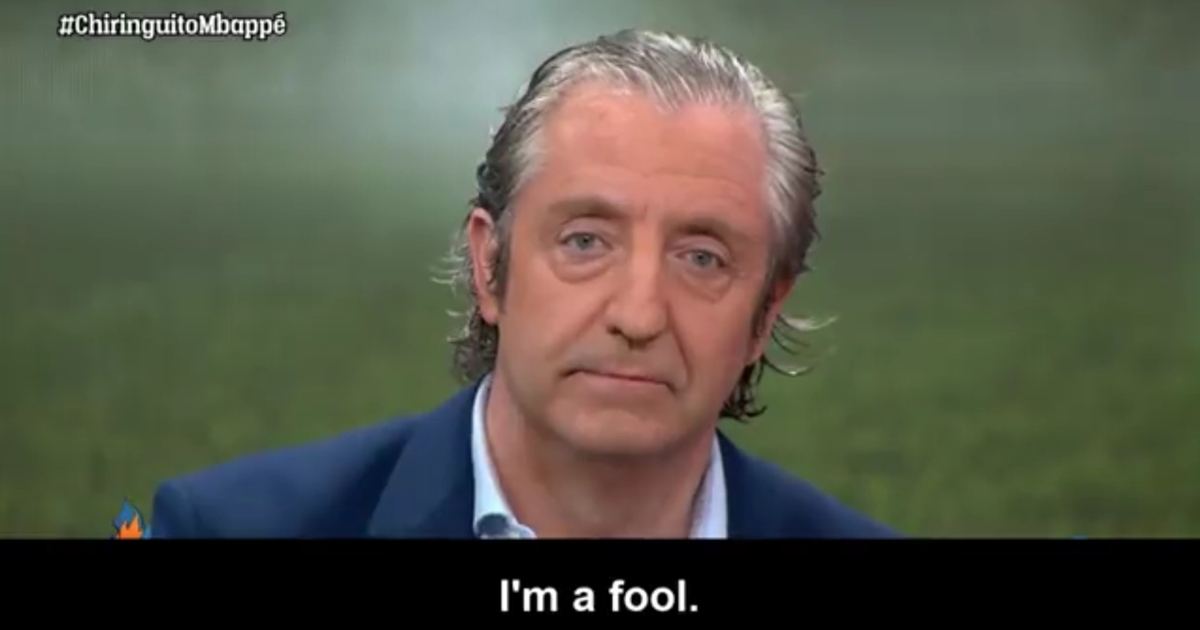 It was the topic on everybody’s lips last summer. Not Love Island, nor the pingdemic, but Harry Kane’s projected move to Manchester City.

Thoroughly fed-up with Tottenham’s never-ending woes, and enticed by the chance to win trophies at City, Kane pushed hard for a move to the Etihad.

The England captain believed he had a gentleman’s agreement with Daniel Levy that allowed him to leave Spurs. More fool him. Kane stayed put and, under Antonio Conte, looks reborn.

On April 29, 2005, shortly after turning 18, Mikel signed a contract with Manchester United and wore a United shirt in a press conference to announce the transfer. Deal done, it would have seemed.

However, no agents were present when Mikel put pen to paper, and Chelsea claimed they already had a deal in place to sign the teenager from Lyn Oslo having also taken him on trial the previous year.

Mikel went missing the following month before surfacing to claim he had been pressured into signing for United and that he did in fact want to join Chelsea.

He did not return to Lyn for three months and played no club football for an entire year, but in July 2006, after a lengthy legal battle, Mikel finally signed for Chelsea, with United receiving £12million in compensation, three times the amount Lyn got.

Throwback to when John Mikel Obi 'signed' for Manchester United for like…2 hours. 😂😂😂 pic.twitter.com/yOaXj0u7Oj

One of the Premier League’s favourite imports, Hamann was a massive favourite at Newcastle and Liverpool but is certainly less popular at Bolton.

Only a day after signing for the Trotters in July 2006, the club released a statement that the Germany international “had since had a change of heart” and would be joining a different club, which turned out to be Manchester City.

Still, it wasn’t all bad for Bolton.

“What you never realised was that we never actually countersigned the papers and just put them in the drawer,” Bolton chairman Phil Gartside told Hamann on talkSPORT in 2013.

“The next thing we know, you came along and told us you’d got this opportunity to go to Manchester City – so we actually sold you without actually signing you; did you know that?

“We got £400,000 from Manchester City for a player we never actually signed – and that’s the truth.”

Barring a short swansong in the US with LA Galaxy, Gerrard spent the entirety of his playing career with Liverpool. But he very nearly didn’t.

In 2005, after the Reds rejected a £32million offer from Chelsea for their captain, Gerrard met with the club to inform them he wanted to make the transfer.

“He has made it clear he wants to go and I think it looks pretty final,” Liverpool’s chief executive Rick Parry said.

Gerrard described it as “the hardest decision I have ever had to make”, but 24 hours later, amid fan protests, he had changed his mind again.

“He realises how much the club means to him,” Parry said this time. A few days later Gerrard signed his new contract, and the rest is history.

It’s the summer of 2013. Andy Murray has just won Wimbledon, Robin Thicke is top of the charts with his questionable ‘Blurred Lines’ track and Luis Suarez has itchy feet.

“My reason for leaving is my family and my image, I don’t feel comfortable here anymore,” he stated in August 2013, clearly displeased with life at Liverpool after scoring 30 goals in Brendan Rodgers’ forgettable first season in charge.

Suarez stated his desire to leave on August 7, with reports claiming he would hand in a transfer request by the end of the week if Liverpool did not cede to his demands.

He left for Barcelona anyway but this was a spectacular U-turn. And who could forget Arsenal’s £40,000,001 bid? Hilarious.

🗣 "It's between Liverpool & Arsenal"

Arsene Wenger after Arsenal made their famous £40M +£1 bid for Luis Suarez pic.twitter.com/jzIRLPynOW

July 11, 2015: Amid speculation he will join Manchester City, Delph released a statement that read: “I’m aware there has been intense media speculation surrounding my future in the last 24 hours and I want to set the record straight. I’m not leaving.

“I’m staying at the football club and I can’t wait for the start of the season and captaining this great football club.”

July 17, 2015: Aston Villa released a statement that read: “Aston Villa can confirm that Fabian Delph has exercised the release clause in his contract and will join Manchester City.”

Delph is one of several players to have committed their future to a club only to then leave, and in fairness it’s unlikely he regrets the decision.

“I met with David Gill (United’s chief executive) and he did not give me any of the assurances I was seeking about the future squad. I told him that I would not be signing a new contract.”

In October 2010, Rooney made it clear in no uncertain terms that he wanted to leave Manchester United. Sir Alex Ferguson’s side had missed out on the title the previous season and failed to bring in a marquee signing over the summer, leaving Rooney to question the ambition of the club under the Glazers.

A lengthy commute to and from work can be a b*tch for everyone – footballers included – and it just proved too much for Unsworth at Aston Villa.

After leaving West Ham in order to return to his Merseyside roots, Unsworth found himself driving for three and a half hours following his first training session at the club.

Around a month and one friendly appearance later, the defender was being presented as an Everton player, much to the dismay of Villa boss John Gregory.

“The poor lad was clearly under the impression that Birmingham was somewhere on the outskirts of Bolton,” he said.

It still worked out alright for Villa, who went on to mount an unlikely title challenge with a certain Gareth Barry stepping in to fill the void left by Unsworth.

A very different sort of U-turn, Scholes announced his retirement at the end of the 2010-11 season, only to return to action in January 2012…in the Manchester derby.

United won that game but missed out on the title to City in the most dramatic of fashions on the final day. Thankfully, Scholes stuck around for another season to bow out with an 11th Premier League winner’s medal. 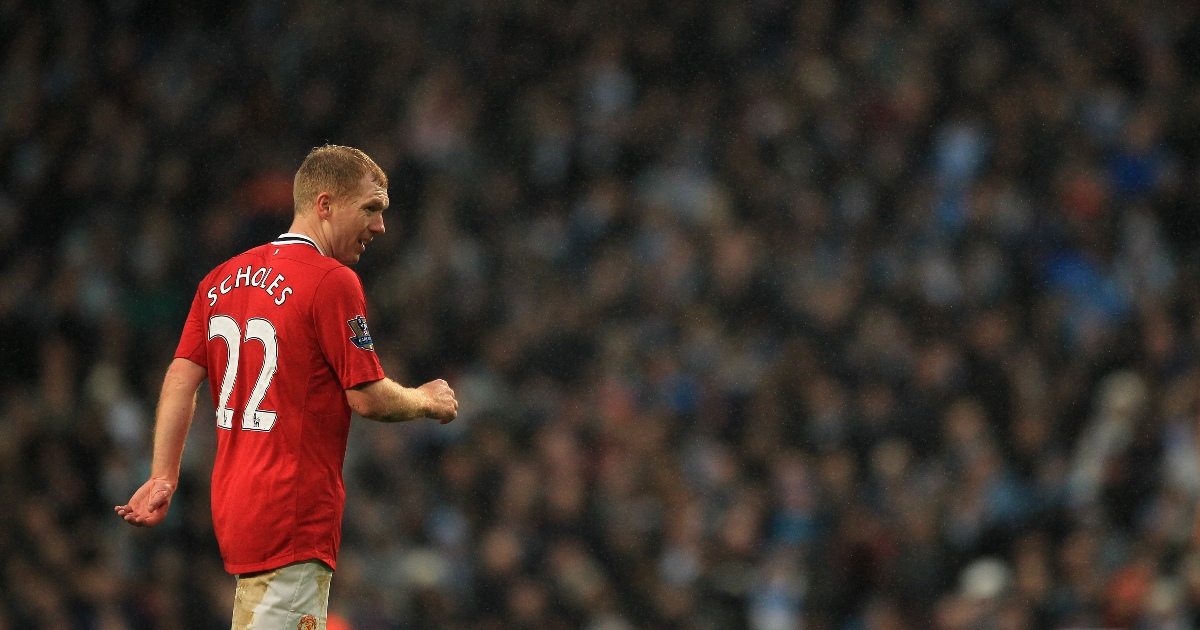 READ: 10 players who came out of retirement: Scholes, Robben, Cruyff…

One of the images of 2017 was Donnarumma standing resolutely in Italy Under-21s’ penalty area surrounded by notes of fake money thrown at him by his supporters behind the goal.

It came after the 18-year-old angered AC Milan fans by rejecting a new deal at the San Siro, leading to accusations of greed from a player with only two seasons of first-team football behind him.

Alas, the goalkeeper signed a new four-year contract less than a month later, making him one of the best-paid players in Italy.

But Donnarumma still upped sticks and went to PSG in the summer of 2021. Wonder what the appeal of that move was?

Quite literally a U-turn. Sissoko was reported to be travelling to Merseyside to sign for Everton on deadline day of the summer 2016 transfer window, only for Tottenham to revive their interest in the midfielder and eventually meet Newcastle’s £30million asking price.

The France international headed straight for north London to sign on the dotted line.

July 6, 2012: Wright leaves Preston North End after one week at the club citing homesickness, with his family living in East Anglia.

May 17, 2016: Wright retires from football having made zero appearances for City over four years.

Seven star names who didn’t get their big move away: Gerrard, Rooney…