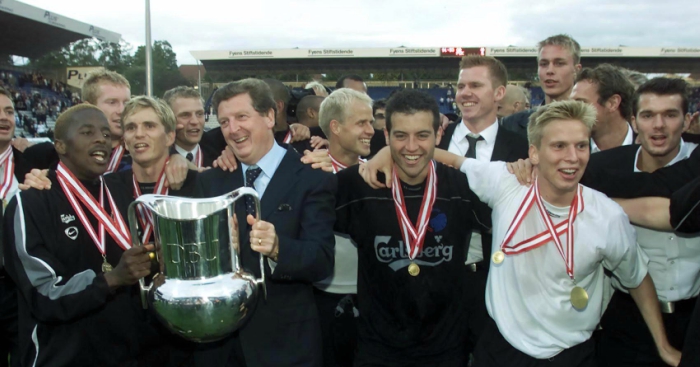 It’s still rare for British footballers and coaches to move abroad – but former Leeds, Liverpool and Newcastle managers have all gone on to win trophies away from the British Isles.

It’s rare to find British players or managers making waves away from the home nations, but a number of managers have moved abroad to great success, winning league titles and cups in countries from Spain to Morocco.

Here are nine who made it onto a select list of British coaches who have lifted a trophy overseas.

Having worked in a variety of roles at Chelsea, Newton moved to Trabzonspor and was then appointed interim head coach in February 2020.

A few months later he had led them to victory in the Turkish Cup final, their first major trophy since winning the same competition a decade previously.

As far as starts in management go, it’s a pretty good one.

A managerial giant of the game, he won seven major trophies with PSV, Porto and Barcelona, after winning the UEFA Cup with Ipswich. Everyone loved Sir Bobby. 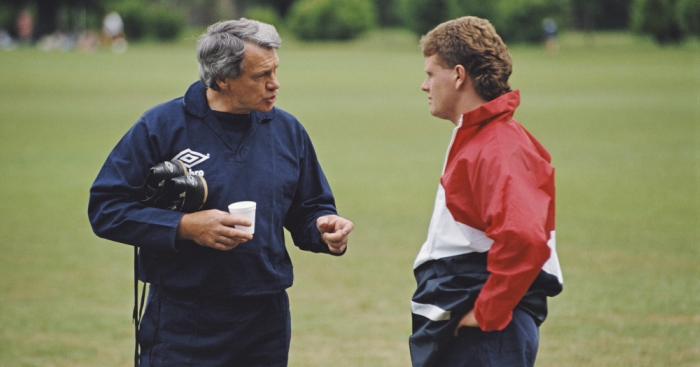 It came as his side defeated them on their way to the Turkish Cup in 1996, but his year-long spell in Turkey was cut short as he took a job at Southampton.

He went on to manage Torino and Benfica on the continent, really endearing himself with the latter when he claimed “(the chairman) lies when he looks in the eyes. Be careful, this man is dangerous.”

He and his British group of players, including Scott Minto and Dean Saunders, left the club.

The story of McMenemy is quite endearing. At the age of just 32, the Worthing assistant manager (Isthmian League Division One South, the eighth tier of English football) spectacularly landed the job as boss of the Philippines international side.

Completely changing their fortunes and bringing new optimism to the Filipino people, McMenemy was inexplicably replaced and left to hunt for a club job, with failed spells in Vietnam, Indonesia and the Maldives all coming before one last chance.

He joined Bhayangkara FC and won the league title in an incredibly nail-biting finale, including points deductions, appeals, and being left on the edge as to whether they’d actually managed it or not, but eventually they could celebrate.

“I still have a tweet on my phone that I saved from the day I arrived at Bhayangkara. It said: ‘Coach, you’ve been here twice. Why would you come back? #loser.’ That served as great motivation,” the Scot told the BBC.

From La Liga to Botola, the Moroccan championship, Toshack has done his fair share off British shores.

The Welshman has won titles in Spain – with three different clubs – Turkey, Azerbaijan and Morocco, managing Real Madrid to the league title before being sacked in just November the next season.

Despite all the p*sstaking of his ridiculous accent, Schteve actually did quite well for a bit when he ventured overseas.

The first Englishman to manage a team to a top-level domestic league title since Robson with Porto in 1996, McClaren guided FC Twente to their first ever Dutch league title in 2010, though he immediately jumped ship and joined Wolfsburg, where he failed miserably and was sacked within nine months. 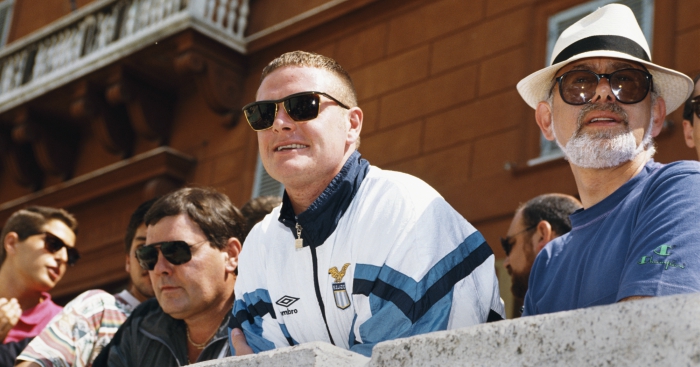 The former England manager has earned a wide range of honours during his extensive managerial career, which largely took place in Northern Europe.

Hodgson did have a spell in charge of Inter Milan, where his side were defeated in the UEFA Cup final, but never won a title in Italy, earning his honours in Sweden, Denmark and Switzerland.

The former Aston Villa and Crawley Town boss has managed in Kazakhstan and Israel in the last 10 years, before leading Chennaiyin to the Indian Super League title in 2018, and looking incredible while doing so.

Winning the Swedish Cup in 2017 was Ostersunds’ biggest achievement ever, coming just six years after Potter took over with the club languishing in the fourth tier.

They went on to face Arsenal in the Europa League, and despite a hefty deficit from the first leg, came oh-so close to overturning that at the Emirates, earning a place in everyone’s hearts.

Winning La Liga, or charting at number 23 with his cover of Elvis’ ‘If I Can Dream’, we’re not quite sure which is the bigger achievement for El Tel.

He is also in fact still the holder of the Spanish League Cup, as the tournament was officially removed from the schedule after his Barcelona side won it in 1986.