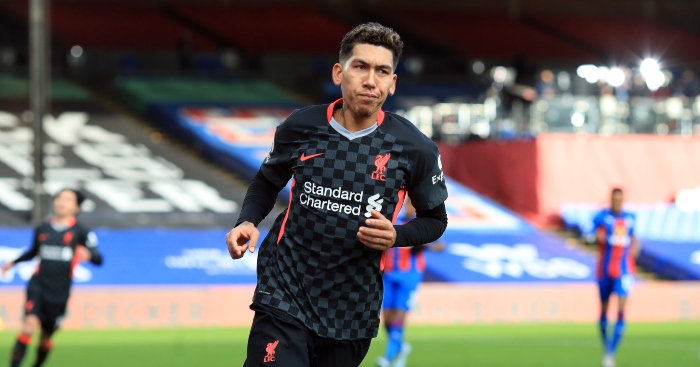 Reigning Premier League champions Liverpool were at their scintillating best during their 7-0 win against Crystal Palace at Selhurst Park.

Roberto Firmino and Mohamed Salah both scored twice while Takumi Minamino, Sadio Mane and Jordan Henderson were also on the scoresheet.

We’ve rounded up seven of the most remarkable stats from this incredible game.

– The Reds have registered an away top-flight win by a margin of seven goals for the first time in their history.

– It is Liverpool’s first seven-goal league victory since a 9-0 win over Crystal Palace in September 1989.

– They are the first team to both score and concede seven goals in away games in the same Premier League season.

– Liverpool’s win over Palace saw seven different players register an assist for a team in a match for the first time in Premier League history.

– After coming off the bench against Palace, Mohamed Salah became the first substitute to be directly involved in three goals in a Premier League game for Liverpool.

– For the first time in Premier League history, Sadio Mane, Mohamed Salah and Roberto Firmino all scored and assisted in the same game.

– Liverpool have now scored 600 goals in 288 games all competitions since Jurgen Klopp’s appointment in October 2015. That’s the fastest they’ve reached that tally under any manager.