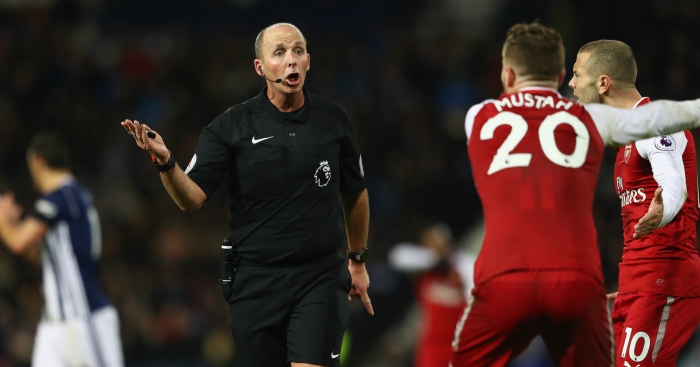 The misfortune of Stoke City has gone surprisingly far in helping shape the modern-day rules of professional football.

There are often complaints about messing with tradition whenever a new law is introduced to football, but it would be a very different game if the law makers had stuck to that attitude themselves over the years.

The sport is virtually unrecognisable to that which was first played in the 19th century, and we’ve looked back at some of the biggest law changes over the years – and the stories behind them.

1. Goalkeepers can only handle inside the area

Leigh Richmond Rouse might be the most interesting footballer you’ve never heard of. As noted by The Guardian’s Paul Doyle, the former Stoke, Sunderland and Woolwich Arsenal goalkeeper was named London’s second most eligible bachelor by the Daily Mail in 1912 and was known to jump onto his own crossbar while the ball was at the other end of the pitch.

Between 1870 and 1912, goalkeepers could handle the ball anywhere inside their own half but were not permitted to ‘carry’ the ball. Rouse instead decided to bounce the ball upfield, often charging opponents out of the way.

This was changed to the rule we know today upon the retirement of the cult hero, following a number of protests from opposition clubs.

Rouse’s party trick of jumping on his crossbar would not have worked in football’s early years. Goals could be scored at any height, akin to Australian rules football, as there was no crossbar.

Tape was added in 1866 to represent the modern day crossbar, which was introduced nine years later.

As noted on FIFA’s official website: “There was no such thing as a penalty up until 1891. In the public schools where modern football originated, there was an assumption that a gentleman would never deliberately commit a foul. Amid the increased competitiveness, however, the penalty, or as it was originally called ‘the kick of death’ was introduced as one of a number of dramatic changes to the Laws of the Game in 1891.”

‘The kick of death’ sounds quite apt for anybody who has supported England over the past 30 years.

The incident which led to the introduction of penalties came in an 1891 FA Cup quarter-final between Notts County and Stoke City. Notts County were 1-0 up in the dying seconds of the game when one of their players handled on the line.

Stoke were awarded a free-kick right on the goalline, allowing the keeper to easily smother the attempt at goal.

Stoke also fell foul of a decision which would see the introduction of injury time.

Trailing 2-1 to Aston Villa in a league match in 1891, Stoke were yet again awarded a penalty with seconds remaining. A Villa player promptly booted the ball out of the ground, which meant the referee had already blown for full-time when it was finally returned.

Later in the campaign it was decided that time could be added to allow penalty kicks to be taken.

Football really was a gentleman’s game to start with, so much so that any disputes were originally settled by the two team captains. As the number, and ferocity, of complaints grew, two umpires were introduced to which both teams could appeal.

Back to the FIFA website: “But it was not the ideal solution as decisions were often only reached following lengthy delays.” You can insert your own VAR joke here.

Referees initially just stood on the touchline to keep time, and were only referred to when the umpires couldn’t agree. They became the permanent fixture of the game in 1891, and were probably called a ‘w*nker’ not long afterward.

6. Goalkeepers not allowed to pick up back pass

In 1992 it was decided that goalkeepers could not pick up the ball after it had been deliberately passed back by a team-mate, which meant an end to great passages of play such as this from Graeme Souness:

Probably the most debated rule in the entire game. Initially a player was deemed to be offside if he was ahead of the ball, a la rugby, which was then adapted so that a player could not be ahead of the third-last defender.

In 1925, the three-player rule was changed to a two-player rule, before the attacker was eventually given the advantage if he was in line with the penultimate defender in 1990.

The professional foul did not become a red card offence until 1990, which seems like a good excuse to watch this glorious piece of cynicism from Ole Gunnar Solskjaer.

The first use of a substitute in international football came in 1889 in a game between Wales and Scotland. Amateur Alf Pugh had to start in goal for Wales as first-choice Jim Trainer failed to arrive, and played for the opening half an hour until the arrival of Wrexham’s Sam Gillam, who took over from that point onwards.

The amount of substitutes a team can use has gradually increased from zero to three, which has only been allowed since 1995, with a fourth recently permitted in extra-time of some competitions.