10 Football League players who could be PL-bound: James, Aribo, Clarke… 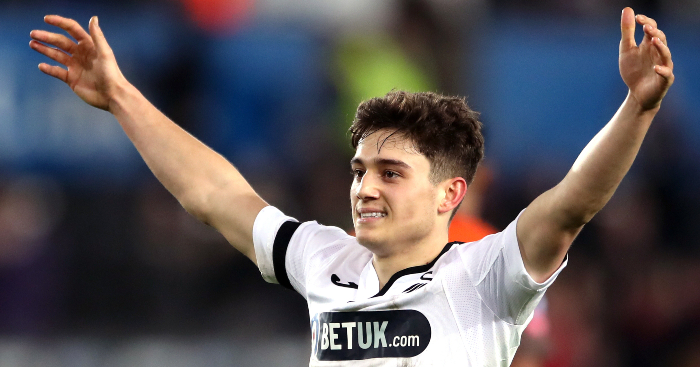 Almost all of the teams in the Premier League, including the very best, have players with experience from below the top flight.

While the likes of Mason Mount, Tyrone Mings, Tammy Abraham and Dwight Gayle have underlined their quality on loan from Premier League sides, there are plenty more on the books of sides outside the top 20 that could be due a transfer away this summer.

As ever, there’s some exceptional talent in the Football League, and we’ve picked out nine players that could make an impact at Premier League sides next year.

Blocked from leaving Swansea City for Leeds United in the winter window, an extra few months at the Liberty Stadium have seen James’ reputation soar.

The winger has absolutely electric pace, catching the eye when he turned on the afterburners and rinsed Brentford in the FA Cup, followed by a strong showing against Manchester City. 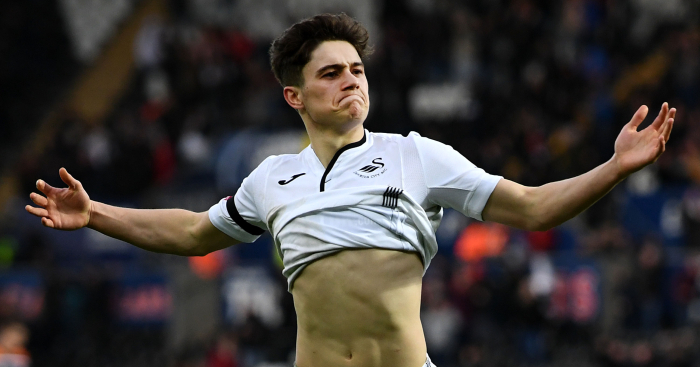 READ: Why Man Utd fans should be excited by transfer target Daniel James

You can put Aribo in that list. The Camberwell-born midfielder, 22, has had a brilliant campaign with Charlton and stepped up with some fine performances at the business end of the season as the Addicks were promoted from League One via the play-offs.

Unfortunately, that promotion may not be enough for them to hold on to Aribo, with the latest reports suggesting Aston Villa is his most likely destination ahead of Manchester City, Celtic and Rangers.

Clarke only made his debut for Leeds in October but was already linked with moves to Premier League sides including Tottenham and Crystal Palace come January, while Manchester City had been interested in the winger before he signed professional terms at Elland Road.

The 18-year-old was a revelation when he first broke into Marcelo Bielsa’s first-team plans but struggled after collapsing in the dugout at Middlesbrough in February.

But Spurs are still reportedly set to make a bid for Clarke and, having fallen short in the play-offs, Leeds are expected to need to cash in on some of their talent in order to balance the books. 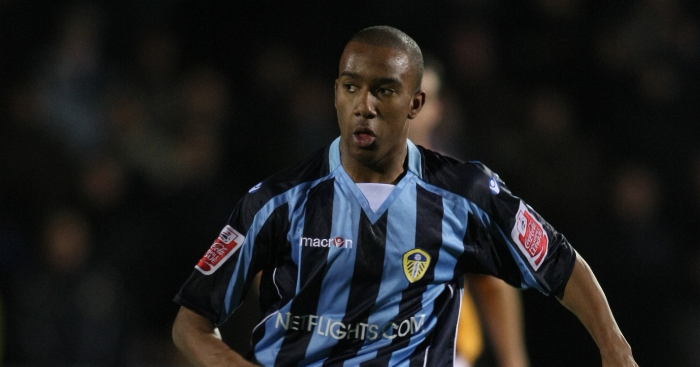 Stoke expect to lose Jack Butland and probably Joe Allen to Premier League clubs this summer, but a more surprising departure could be 18-year-old Collins.

The centre-back only got his first taste of Championship action towards the end of the season but looked so assured that Darren Fletcher is reported to have told Manchester United he is already good enough to be a part of their first-team squad.

Stoke will try to resist the interest, but a big bid could turn the head of both player and club.

Adams is just 22 years old but is a formidable physical presence and frequently bullied Championship defences as he notched 22 league goals for Birmingham City. The forward formed a brilliant understanding with his strike partner Lukas Jutkiewicz and scored a number of eye-catching long-range efforts to boot.

The papers have reported that Crystal Palace, Southampton and Burnley are interested in the rising star, and it’s easy to see why.

Last night's game between Swansea and Birmingham was a six-goal thriller! Che Adams' sweet strike was the best of the lot 🔥🔥 pic.twitter.com/lXDLWVSATF

The Hull City wide man is an adept dribbler and was on fire as his team surged up the table midway through the season, when he scored 17 goals in 19 games between December and mid-March. That kind of form took Nigel Adkins’ side from relegation candidates to play-off outsiders.

According to The Sun, Southampton, Burnley and Bournemouth are all interested in the 22-year-old, while football.london reported in January that Tottenham were keeping a close eye on the player ahead of a potential summer move.

Another player who only made his first-team bow a few months into 2018-19, Loader was handed a Reading debut in November but has already caught the eye of a number of clubs.

The 18-year-old has made just eight Championship starts, scoring once, but has caught the eye of a number of top clubs around Europe and has only one year left on his current deal.

According to Goal, Juventus, Arsenal and Chelsea are all monitoring the striker, while Wolves, Leicester, Southampton, Rennes, Lille and Borussia Monchengladbach are also circling the Under-17 World Cup winner.

Southampton and Crystal Palace are names which keep cropping up in this list, and the duo are reportedly looking at the 21-year-old left-back, who was a vital part of Luton’s promotion bid from League One this season.

According to Football Insider, Leicester and Aston Villa are also interested in Justin, with the latter having seen a bid for the player rejected in January.

Justin’s performances in 2018-19 were enough to earn him a place in League One’s Team of the Year, and with just a year left on his current deal, there’s a decent chance he’ll be skipping the second tier entirely to go straight to the Premier League.

A composed central defender, Clarke has been linked with a switch from Portsmouth to Leeds after both sides suffered play-off semi-final woes.

But he’s a serious a talent, and could go even higher. The latest reports suggest that Brighton are interested, with Graham Potter thought to be a big admirer of the 22-year-old.

And such stories have led to plenty of excitement from Portsmouth newspaper, The News, who suggest a potential move to Brighton could kick off a £125million transfer saga, with Lewis Dunk joining Leicester as a replacement for Manchester City-bound Harry Maguire.

Clarke is likely to be a very small part of that £125million, it must be said.