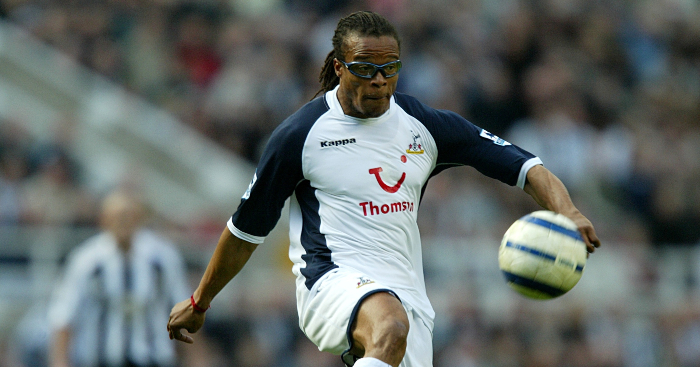 A footballer’s journey doesn’t have to be complicated. Take Ryan Giggs or Tony Adams for example. Each served their boyhood club with distinction for the entirety of their careers. But these players are the exceptions to the rule.

The one-club player has always been something of a rarity, but nowadays it’s almost unheard of. And as clubs in America and Asia continue to invest and grow, players’ career paths are becoming more varied than ever.

Here is a small selection of the former Premier League players with CVs that leave you wondering, just how?

The Pitbull was one of the most feared holding midfielders in the world in his pomp, terrorising opposing midfielders with his all-action blend of hustling, ferocious tackling and general nuisancery.

And Davids’ clubs in the first half of his career are what you would expect for such a world-renowned superstar. Ajax, AC Milan, Juventus, Barcelona and Inter Milan were all checked off the résumé until things took a turn in 2005 when he signed for Tottenham following a decidedly average ninth-placed finish the season prior.

Improvement was immediate under Martin Jol, with a fifth-placed finish secured, but Davids returned to Ajax midway through the following season to make 18 appearances before disappearing from football altogether for two years.

He then signed a pay-as-you-play deal for Crystal Palace in 2010 before rounding off his career in the Conference Premier as player-manager with Barnet in 2014.

Davids described his time at Palace as “one of the greatest experiences of my life”. Sadly, Davids’ time was categorised by failing to outshine Shaun Derry.

Anelka seemingly had the world at his feet, bursting onto the scene under Arsene Wenger’s guidance in the late 90s and earning himself a blockbuster move to Real Madrid at the tender age of 20.

But his time with Los Blancos was an altogether unpleasant one – with his experiences at the Bernabéu contributing to his Le Sulk persona.

The striker was not to be deterred. Moves to France, England and Turkey followed as he sought a place to call home before he finally found a safe haven at Stamford Bridge. And he was bloody great there.

Perhaps the greatest Finnish footballer ever, Litmanen spent the bulk of his career winning Eredivisie title after Eredivisie title throughout the 90s with Ajax. Then Barcelona came calling and, as always tends to happen, the Catalan giants got their man.

Unfortunately for the Finn, the injury bug began to sink in its teeth and Litmanen moved on to spend a brief spell at Liverpool during their treble-winning campaign before returning to Ajax.

So what makes his trajectory special? A 37-year-old Litmanen signed with Fulham in 2008 in between spells in the Swedish top tier and a final swansong back in his native Finland. Heart problems meant he never played a single game for the Cottagers. 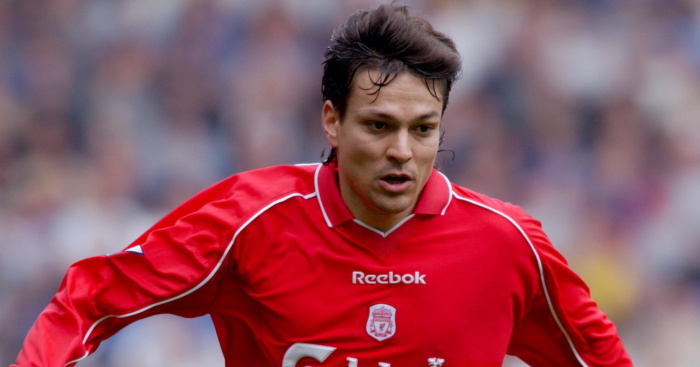 READ: A tribute to Jari Litmanen, the ‘Man of Glass’ who just wouldn’t quit

Where did it all go wrong? Lee Sharpe was just 25 years old when he made the move across the Pennines from Manchester United to Leeds United in a joint-club record £4.5million fee in 1996.

The emergence of David Beckham and the ever-present brilliance of Ryan Giggs left the eight-cap England international with little option but to seek pastures new in the search of regular first-team football.

Injuries struck, and upon returning from a serious knee problem, incoming manager David O’Leary deemed the winger surplus to requirements. What followed was a drop down the leagues so deep that Sharpe’s career almost went subterranean.

How many World Cup winners have played for Sam Allardyce while still technically a reigning champion? Only one, and Djorkaeff is that man.

The dynamic Frenchman didn’t venture beyond his home shores until the age of 28 with a move to perennial UEFA Cup botherers Inter Milan. A successful period with the Nerazzurri concluded upon completion of his move to German outfit Kaiserslautern, before the lure of playing 4-4-2 under Big Sam just could not be ignored.

Djorkaeff became a cult hero at the Reebok, his contributions helping to stave off relegation in his first two seasons before he helped them to an impressive eighth-placed finish in 2003. The midfielder had a brief flirtation with Blackburn Rovers before his career culminated in MLS.

The silver-haired marksman scored Juventus’ only goal in the 1996 Champions League final. His next game would be for the fantastic but flawed Middlesbrough side of 1996-97.

A debut hat-trick secured a memorable draw against Liverpool, but longevity was not a word in the Italian’s vocabulary as a move to Marseille materialised after just one season following Boro’s relegation.

An 18-month stay with Lazio yielded three trophies before Ravanelli returned to the UK with Derby County, then Dundee. The striker scored in one game during his five matches for Dundee – a hat-trick funnily enough – before he was sacked as the club culled its top earners.

READ: Fabrizio Ravanelli: ‘I loved everything about my season with Boro’

Real Madrid to Bolton. Has there ever been a more stark contrast in footballing glamour and philosophy than when Ivan Campo moved between these two clubs?

The two-time Champions League winner was somewhat of a trend-setter in truth, as Los Blancos legend Fernando Hierro joined the bushy-haired enforcer in Lancashire in 2003 following a brief sojourn in Qatar.

Campo concluded his career with a transfer to Ipswich Town followed by a final outing in the Cypriot top tier.

In contrast to the majority of the players on this list, the glaring transfer on Robbie Keane’s résumé came early in his career when that not-so-well trodden path of Coventry City to Inter Milan was walked upon for the first (and probably last) time.

Sadly, the move didn’t work out, and the Irishman was back in England within six months with a loan move to Leeds United.

With that youthful dalliance firmly in the rearview mirror, Keane would go on to be a mainstay in the Premier League during the 2000s before making a highly successful switch to LA Galaxy in 2011, briefly returning to these shores before heading to India. 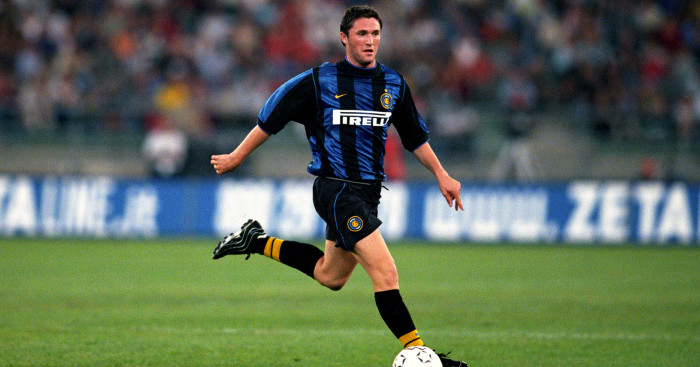 The ultimate journeyman, Claridge was transferred a whopping 23 times. The striker made 816 appearances in a career that spanned 24 years before officially retiring in 2007.

Claridge returned to non-league action on several occasions, the latest of which was in 2017.

Don’t bet against a cameo in 2020 to ensure his crazy career path spans a fifth decade.