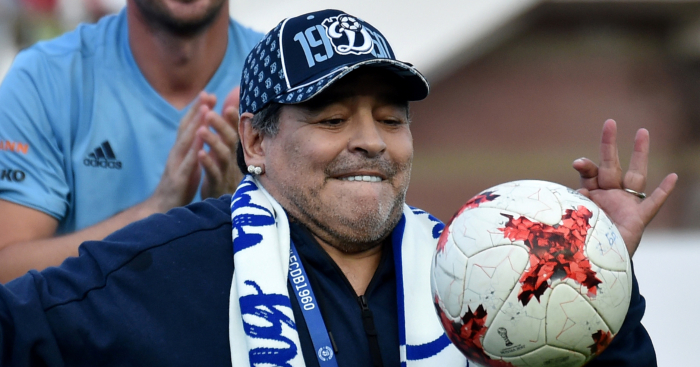 Former Arsenal, Chelsea and Manchester United men are among the former footballers now working in roles you probably wouldn’t expect.

There is a strange buzz to see a familiar face appear in a place you had no idea he was working, and then there are players who take on post-playing jobs that you just can’t match with the character you believed them to be.

We’ve taken a look at nine players around the world in jobs you either didn’t know about or didn’t expect.

And yet less than a month after being told to calm the f*ck down, for the sake of his health, by a doctor during Argentina’s win over Nigeria, Maradona was somehow appointed chairman of Belarusian team Dinamo Brest.

Typically understated, his unveiling involved being presented with a ring by a man who looks like Harry Potter – which El Diego didn’t look too impressed by. 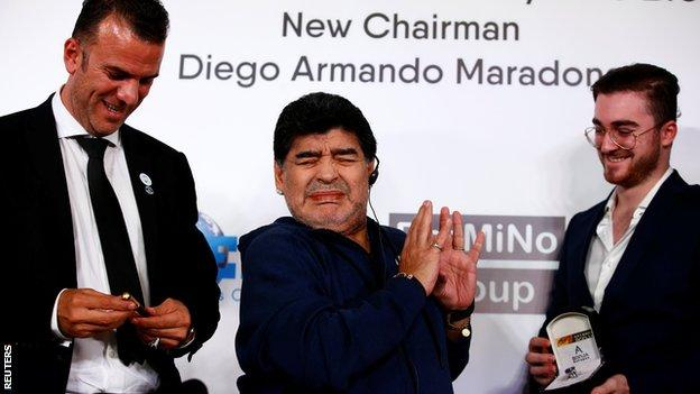 We’ve already been here a few times with Clarence. Playing in Brazil was a bit mental, and then he rocked up as Deportivo manager last season out of the blue.

And so you can imagine our surprise when we read how Cameroon boss Seedorf is ignoring players playing in the Chinese Super League.

President of Liberia. Mate, George Weah is more important than you.

We thought Redknapp had gone peak weird when he rocked up as Jordan manager in 2016. The former Spurs and Southampton boss had a two-game spell of wildly contrasting fortunes, beating Bangladesh 8-0 before losing 5-1 to Australia.

But then later that year he was appointed as consultant at Central Coast Mariners, making the pass of calling his new club the “South Coast Mariners” and admitting he wouldn’t be moving to Australia as “it’s a long way”.

We’re not sure whether he advised the A-League side to hand Usain Bolt a trial, but as far as anyone knows, he’s still officially in the role.

Steve McClaren and his hair island can have a profound impact on a person’s life.

After retiring as a player, Cruyff worked as a sporting director at AEK Larnaca and Maccabi Tel Aviv.

The former Barcelona and Manchester United man then found himself as manager at the Israeli club, hiring McClaren as a coaching consultant.

Maccabi finished nine points behind Hapoel Be’er Sheva, but Cruyff has since been appointed manager at Chinese Super League side Chongqing Dangdai Lifan.

Costa first made his name at Benfica and ended his career with the club, and it did not take the ethereal playmaker long before he moved into the role of director of football.

He was appointed in the role the day after his final game as a professional footballer in 2008 and has helped end a period of Porto dominance in Portugal.

Returns to former clubs Milan and Fiorentina have been mooted over the years, but the 46-year-old remains at Benfica. 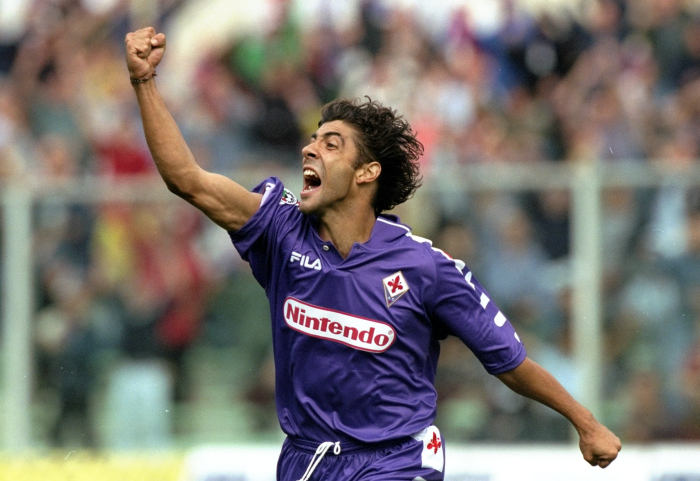 READ: 10 of the best playmakers of the 90s: Zizou, Laudrup, Baggio, Bergkamp…

Another player to become a technical director, Makelele took up the role at Monaco in 2016.

The former Chelsea midfielder then moved into coaching as assistant at PSG and Swansea before becoming a manager in his own right.

Makelele has been in charge at Eupen – owned by Aspire Academy – since November 2017, helping them avoid relegation on goal difference last season.

After a 17-year playing career, most notably with a hugely successful spell at Bayern Munich, Salihamidzic return to the Bundesliga giants as an ambassador while working as a pundit for Sky.

However, in 2017, the former Bosnia international was handed a huge opportunity as he replaced Matthias Sammer as Bayern’s sporting director.

He was thrown in at the deep end, overseeing the sacking of Carlo Ancelotti and identifying Niko Kovac as the Italian’s successor.

“I came as a newcomer to a club that was in crisis for Bayern standards,” he told Süddeutsche Zeitung. “That was a crash course for me right in the first few weeks.”

He has clearly impressed chairman Karl-Heinz Rummenigge, who told Münchner Merkur: “Hasan is a stroke of good fortune. He is the best sporting director that I’ve experienced here since Uli Hoeness.

“That was just his first year; he’s doing a damn good job. Not only do we say that, but experts do too – including Günter Netzer, who I spoke to recently. He told me that Hasan is a really shrewd customer.”

After a career in which he became one of the most decorated footballers of all time, Maxwell moved upstairs at PSG to become assistant sporting director to Antero Henrique.

One of his first jobs in the role was to help persuade former Barcelona team-mate Dani Alves to join the club instead of Manchester City.

Alves was in fact the player who overtook Maxwell as the most decorated in history, as he overtook the former left-back’s personal haul of 36 trophies with his final Serie A title at Juventus, going on to extend that record in Paris.

Where are they now? The 29 players Man Utd loaned to Royal Antwerp