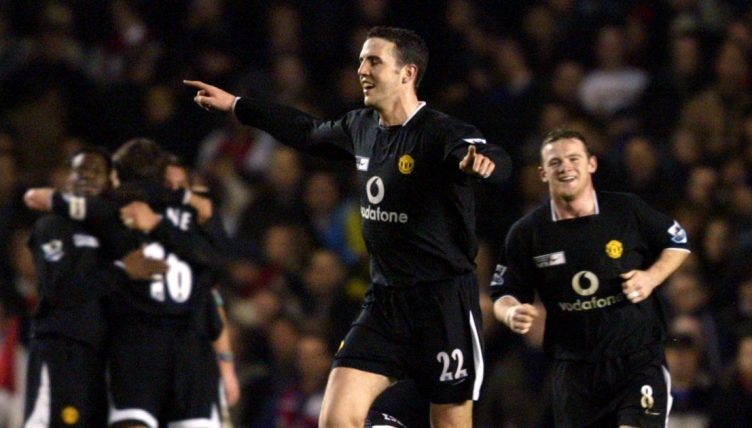 A great goal is a great goal no matter who it’s scored by – but there’s a special thrill to be had from seeing a beautiful goal scored by an unglamorous player.

When it comes to discussing the greatest goals of all time, it’s goals from the greatest players which generally spring to mind first. But, just occasionally, someone you definitely wouldn’t expect pops up with an absolute worldy.

And here are some special strikes which left you wondering whether your eyes were lying to you.

Manchester United’s 4-2 win over Arsenal in 2005 is best remembered for Patrick Vieira and Roy Keane clashing in the tunnel, but never let it be forgotten it ended with John O’Shea chipping Manuel Almunia at Highbury and celebrating like an Irish Eric Cantona.

Mention the name Traore anywhere in England and you’re likely to get one of two responses. Firstly, yes he did win the Champions League with Liverpool. Secondly, yes he did score *that* own-goal against Burnley.

But then the CONCACAF Champions League is the place where strange things happen, and none strangeer than this goal from Traore which helped Seattle Sounders become the first MLS side to knock out a Mexican club in the history of the competition.

Maybe Liverpool have just been holding their defenders back. We sure as hell didn’t realise Skrtel had this in his locker until he joined Fenerbahçe.

At least Liverpool let Coates out of his shackles…

When Rory Delap conceded a free-kick in Wigan’s half of the field while playing for Stoke in 2009, he probably thought he was safe.

Allow the lads to get back into shape. Don’t let them counter. Slow the game…oh, FFS.

This is one of the great long, long-range Premier League goals.

Speaking of Delap, he may have come to be known for his freakish long throws, but the Premier League cult hero ended a run of almost two years without a goal by doing this against Tottenham in 2004.

We’re not quite sure what it is about playing at Stoke which makes unassuming full-backs turn into Roberto Carlos, but Lowton followed Figueroa’s lead against the Potters in 2013.

Lowton has only ever scored two Premier League goals, and absolutely nobody can remember his first.

And talking of Villa full-backs imitating Brazil legends, here’s the Scottish Cafu scoring a goal Diego Maradona would have been proud of.

Jagielka has actually scored quite a few bangers, but that didn’t make it any less surprising when he scored this equaliser in stoppage time. Against Liverpool. At Anfield.

Cuco Martina has only ever scored once in the Premier League. And this was it.

Andrea Dossena only ever scored two goals for Liverpool, one against Real Madrid and this one against Manchester United.

A goal so surprising we dedicated an entire article to it.

One of only three league goals scored in his career, it is literally impossible to remember anything about Edman’s one season at Tottenham other than this absolute thunderbastard against Liverpool.

“I do remember Robbie [Keane] screaming for the ball, like he normally did, but luckily for me I just tried my luck instead,” Edman told Spurs Stat Man in 2015.

Edmilson enjoyed a stellar 17-year career, winning the World Cup, two La Liga titles and the Champions League, but he only ever scored seven league goals as a professional.

In 40 caps for Brazil he only scored once, but he at least had the decency to make it a bicycle kick in the World Cup.