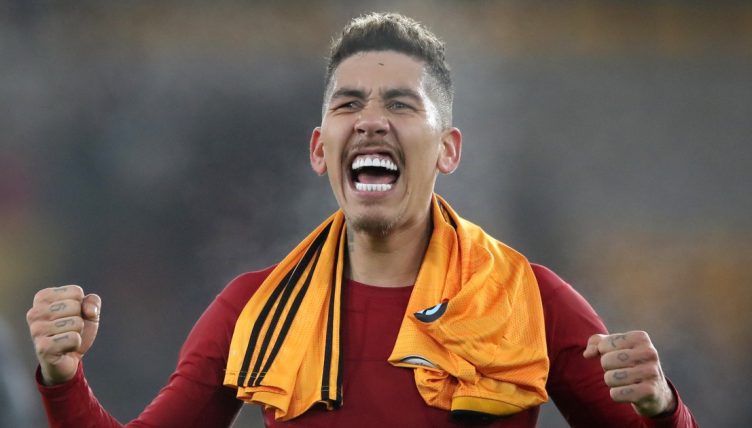 Roberto Firmino made his 300th appearance for Liverpool during their Champions League win over Atletico Madrid.

Signed from Hoffenheim in 2015, Firmino has made a big impact in England and has made the centre forward position his own at Liverpool.

While some have criticised his lack of goals at times, other fans point to Firmino’s work rate and aptitude at bringing the best out of Mohamed Salah and Sadio Mane.

– Firmino made his Liverpool debut during the 1-0 win at Stoke in August 2015. Of the 18-man squad, Liverpool named that afternoon, only four other players remain at the club today (Joe Gomez, James Milner, Jordan Henderson and Divok Origi).

– It took the Brazil international 14 games to score his first Liverpool goal, which came in a 4-1 win over Manchester City in November 2015. Firmino has scored five goals and provided five assists in 17 appearances against Liverpool’s main rivals in recent seasons.

– In total, Firmino has scored 23 times in 70 appearances against Liverpool’s fellow top-six competitors (eight against Arsenal, five against City and Tottenham, three against Manchester United and two against Chelsea).

– Arsenal are one of Firmino’s favourite opponents, with the striker netting eight in 13 appearances against the Gunners. He’s also scored the same amount against Watford, but has only faced them 10 times.

– Firmino has netted four Premier League away goals in the 2021-22 season, which is as many as Manchester United and Manchester City have scored.

– After scoring just nine goals in 48 games last season, Firmino is averaging a goal every 54.5 minutes for Liverpool in 2021-22.

– Liverpool’s no. 9 scores the majority of his goals in the second half, with 55 of his 93 goals for the club coming after the interval. Firmino has scored 36 first-half efforts and struck twice in extra time.

Enjoy some of his best Champions League goals, skills and assists… 🌟#UCL pic.twitter.com/9xbbq5m8Rb

– In total, Firmino has scored a goal every 237 minutes for Liverpool and provided an assist every three and a half matches he’s played.

– Firmino becomes only the sixth foreign player to make 300 appearances for Liverpool in the Premier League era. The others are Sami Hyypia, Pepe Reina, John Arne Riise, Lucas Leiva and Martin Skrtel.