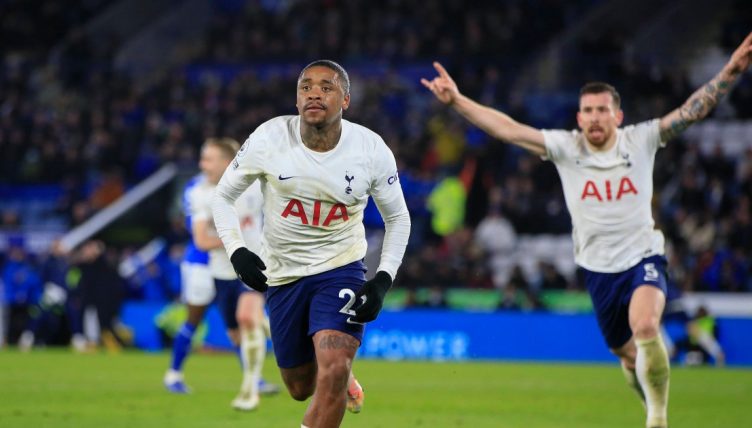 It was the greatest moment for Tottenham Hotspur since Lucas Moura destroyed Ajax in May 2019.

We’ve assembled nine amazing stats from a memorable night for Tottenham at the King Power Stadium.

– Tottenham beat Leicester despite trailing after 94 minutes and 52 seconds, overtaking Manchester City’s victory over QPR in May 2012 (91:14) as the latest a team has been losing but gone on to win in a Premier League match.

– Harry Kane’s first-half equaliser was his 18th goal against Leicester during his career, and his 15th past Kasper Schmeichel at club level, which are both personal highs for opponents and goalkeepers.

– Kane fired 10 shots at the Leicester goal during the game, his highest tally of the campaign and another sign that the England captain is regaining his best form.

That is naughty from Harry Kane! 💀

Sat Soyuncu down and finished emphatically 😅

18 goals in 17 appearances vs. Leicester for the Spurs man 🔥 pic.twitter.com/Xepa3Avzus

– Steven Bergwijn had failed to score a single league goal all season before his late double broke Leicester’s hearts. Talk about making an impact…

– And he was the first player to score the game-tying and game-winning goals in stoppage time of a Premier League match since Fernando Llorente for Swansea against Crystal Palace in November 2016.

– Spurs recorded an xG of 3.7 during the match in the East Midlands (according to FBref), their highest in the league all season and eclipsing the 3.4 registered against Liverpool in December.

– Both Harry Winks and Matt Doherty, neither of whom are renowned for their creativity, provided an impressive four key passes each during the match.

– Since Leicester were promoted to the Premier League in 2014, their matches with Spurs have featured 59 goals – an average of 3.93 per game. Arsenal against Liverpool (62) is the only fixture to have seen more goals in this time.