Nine high-profile Premier League players who could move in January 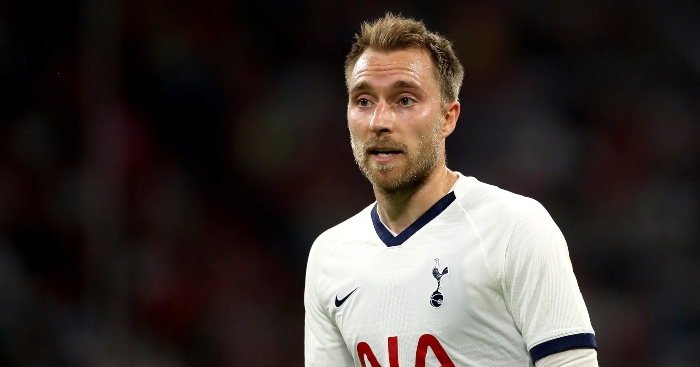 As the January transfer window inches ever closer, a few Premier league stars could already be lining up potential moves.

And we’ve looked at nine Premier League players who have been linked with a move away from their current clubs in this year’s winter window.

Matic was signed from Chelsea by Jose Mourinho in 2017, and he was a constant presence in midfield as United finished second behind Manchester City in 2017-18.

However, he has fallen behind Fred and Scott McTominay in the pecking order under Ole Gunnar Solskjaer, with the 31-year-old seeing only 160 minutes of Premier League action this season.

According to the Daily Telegraph, Inter Milan and AC Milan are both ready to offer Matic a way out of Old Trafford in January, although United may need to sign a replacement first.

Eriksen had his heart set on a move to Real Madrid last summer but a move never materialised and he remained in North London.

However, his contract at expires at the end of the season, and he will be free to talk to overseas clubs in January.

But the midfielder has recently found himself on the substitutes’ bench in Spurs’ past two games after a disappointing start to the season, and Manchester United are now preparing to take advantage of the situation by making a bid for the Denmark international in January, according to The Daily Mail.

"Eriksen for me is a really good player for Tottenham, but he keeps getting talked about like he could play for Real Madrid. He's not good enough."@Carra23, @GNev2, Keane and Souness give their opinion on the Christian Eriksen conundrum. Who do you agree with? pic.twitter.com/EwMHq97tOf

The French striker has started just one competitive game this season and his contract at Stamford Bridge expires at the end of the season.

According to the Daily Telegraph, Chelsea are willing to sell Giroud in January with Crystal Palace and West Ham both interested in the striker.

The winger has been a bit-part player for Chelsea this season, making just three Premier League appearances in 2019-20.

Pedro has fallen down the Stamford Bridge pecking order due to the form of Christian Pulisic, Willian, Callum Hudson-Odoi and Mason Mount.

The Sun reports that Turkish side Fenerbache are weighing up a move for the 32-year-old in January if Chelsea’s transfer ban is overturned.

The midfielder has been heavily criticised for some poor performances since joining Arsenal in 2016, and he looks to have played his last game for the club.

Xhaka was stripped of the club captaincy after being involved in an angry confrontation with home fans during the Gunners’ 2-2 draw with Crystal Palace in October.

The Times reports that the 27-year-old is likely to leave Arsenal in the January transfer window, with a return to Germany his most likely destination.

When Lucas Torreira arrived at Arsenal in 2018, Gunners fans thought they were finally getting the defensive midfielder that they so badly needed.

However, the 23-year-old has found starts difficult to come by this season, and he is reportedly unhappy with his role at the club.

According to reports in Italy, Torreira has urged Arsenal to consider offers for him in January amid possible interest from AC Milan.

Ozil is yet another Arsenal player who could be heading for the exit door in the new year after being frozen out by Unai Emery.

The German international has started just three league games this season, although he has worked his way back into the team recently.

Turkish outlet Takvim have reported the Fenerbahce are in talks with the Gunners about a loan deal to bring Ozil to the club in January.

The winger was Bayern Munich’s prime target in the summer, but a cruciate ligament injury ruined his hopes of completing a deal.

Sane is likely to be on the sidelines until the Spring, but the German champions still remain keen on bringing the 23-year-old to the Allianz Arena.

“There were discussions about Sané, but the unfortunate injury and his surgery broke all of that up,” Bayern supervisory board member Edmund Stoiber confirmed in an interview with SportBild.

“We’ll see how things develop. As chairman of the advisory board and a member of the supervisory board, I have great faith in the sporting leadership. If they propose a transfer of this magnitude, that is justified.”

According to The Sun, Bayern are set to make a fresh move for Sane in January, although it could take up to £145million to get him out of City.

Shaqiri has struggled for game time since moving to Anfield, due to Liverpool’s holy trinity of Sadio Mane, Roberto Firmino and Mohamed Salah.

The Switzerland international has now hinted that he could be ready to leave the club in search of regular football after becoming frustrated on the bench.

He told Swiss newspaper Langenthaler Tagblatt: “I’m disappointed that I did not play anymore. Nobody likes to sit on the bench. It’s clear that I want more time. I have to look at the situation and find a solution.”