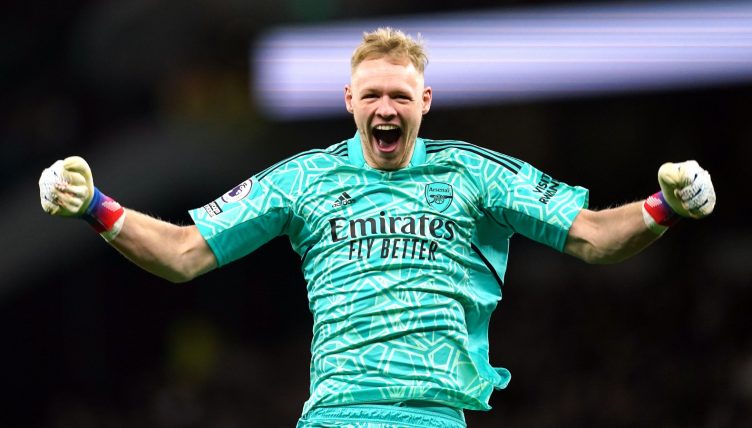 Arsenal opened up an eight-point gap at the top of the Premier League after easing past Tottenham with a 2-0 victory in the north London derby.

Mikel Arteta’s side went into the game having received the boost of Manchester City losing to Manchester United the previous day.

And, after beating Spurs earlier in the season, Arsenal were in no mood to allow their fierce rivals any opportunity for revenge.

Bukayo Saka was the catalyst for the first goal, making an expert run to the byline and standing up a pinpoint cross. Admittedly, Hugo Lloris helped the ball into the net after an unspeakably bad howler.

Scenting blood, Arsenal went for their opponents. Thomas Partey whacked the post with one of the most thrilling shots you’ll ever see before Martin Odeegard doubled his side’s lead with a long-range howitzer.

Spurs came out semi-fighting after the break, but Arsenal closed out the game and recorded a statement victory that will have more and more people believing they can genuinely finish this season as Premier League title winners.

– Arsenal earnt themselves a two-goal half-time lead away against Spurs for the first time in the Premier League since April 2004.

– And Arsenal outscored their opponents in the half-time xG stats with 1.34 to 0.78.

– No midfielder has been directly involved in more Premier League goals this season than Martin Odegaard (eight goals and five assists).

What a finish this is! 💥

– And Odegaard has already surpassed last season’s tallies for both goal involvements (13) and goals (eight). His 2021-22 figures were 7 goals and 5 assists in 40 appearances.

– Zinchenko was another Arsenal player who made a significant impression. The summer signing from Manchester City won 100% of his tackles in the first half and made three ball recoveries before the break.

– The Ukraine international also won all four of his aerial duels and generally caused Spurs all kinds of bother.

– Aaron Ramsdale was named Man of the Match by Sky Sports. The Arsenal goalkeeper has now kept nine clean sheets in the Premier League this season – only Nick Pope (11) has kept more.

TRY A QUIZ: Can you name the top 13 goalscorers in PL north London derbies?