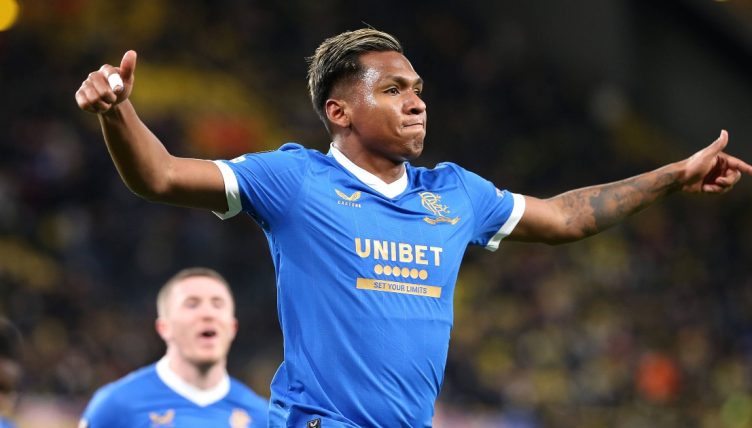 Rangers produced one of their greatest ever performances to win 4-2 away at Borussia Dortmund in the Europa League last-32 first leg.

Dortmund are currently second in the Bundesliga and named a starting Xi that featured the likes of Mats Hummels, Jude Bellingham, Marco Reus and Donyell Malen.

But James Tavernier’s penalty gave Rangers the lead in the 38th minute and Alfredo Morelos made it 2-0 three minutes later.

The Scottish side refused to rest on their laurels and John Lunsdtram scored their third goal at the start of the second half before Bellingham pulled one back.

Here are nine of the most outstanding stats and records from Rangers’ stunning 4-2 victory.

– This result is Dortmund’s biggest ever defeat in Europa League history.

– It’s just the second time Dortmund have conceded four goals at home in a UEFA competition after their 8-4 win over Legia Warsaw in 2016.

– Rangers are the first Scottish side to score four away goals against a German side in a European competition since Hibernian won 4-0 at Rot-Weiss Essen in 1955.

Ryan Kent makes a terrific run along the flank before John Lundstram adds a sensational finish!

– They are also the first Scottish side to beat Dortmund away from home.

– Rangers are the first British side since Manchester United in November 1964 to score more than two goals away at Dortmund.

– Giovanni van Bronckhorst’s side are just the fourth team to win away at the Westfalenstadion this season after Bayern Munich, Bayer Leverkusen and Ajax.

– Ryan Kent was another standout performer for the away side, creating more chances (3) and winning more ground duels (9) than any other player.

– Back in 2013, Dortmund were playing in a Champions League final and Rangers were in the fourth tier of Scottish football. A lot has changed in the last nine years…

Can you name Rangers’ XI from the 2008 UEFA Cup final vs Zenit?