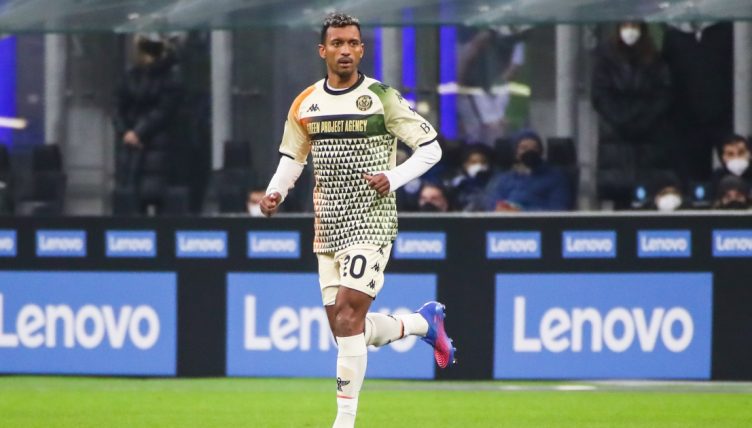 While the January transfer window can sometimes be rather quiet, there were plenty of big-money deals in the first month of 2022.

Pierre-Emerick Aubameyang’s free transfer to Barcelona stole the spotlight, but he wasn’t the only player to leave Arsenal during the January transfer window.

Kolisinac, who joined Arsenal in 2017, eventually became the forgotten man at the Emirates after falling behind Kieran Tierney and Nuno Tavares in the pecking order.

The Bosnia and Herzegovina international made just one Premier League start in 2021-22, playing the full 90 minutes in their 5-0 defeat to Manchester City in August.

After his Arsenal contract was terminated by mutual consent in January, he agreed to join Ligue 1 side Marseille on a free transfer.

While we’re on the subject of former Arsenal defenders…

Jenkinson joined Nottingham Forest in 2019 but made just 15 appearances in all competitions over the following two-and-a-half seasons.

The England international then moved abroad for the first time in his career, joining Australian A-League side Melbourne City on loan until the end of the season.

“I’m excited to be joining a club that are the current champions of Australia,” Jenkinson said. “I’ve heard a lot of good things about both Melbourne as a beautiful city, the professionalism of the club and the quality of the league.”

The right-back then enjoyed a dream debut, coming off the bench to score in a 3-1 win over Central Coast Mariners.

His first top-flight goal since Slaven Bilic’s West Ham (where he was on loan) beat Mike Jedinak and Crystal Palace 3-1 in October 2015.#ALeagues pic.twitter.com/VNZJSqiHCp

“Technically, Hatem… I might seem crazy but I think that Ben Arfa at a good level is as good as a [Lionel] Messi,” Djibril Cisse told Booska-P’s Soyons Foot YouTube show in November 2021.

“I’ve seen him do things. I’ll say it again, Hatem at his best is Messi.”

After seemingly listening to Cisse’s comments, reigning Ligue 1 Champions Lille decided to take a punt on Ben Arfa and offer him a six-month contract in January.

The Newcastle United cult hero, who was released by Bordeaux at the end of 2020-21, is now at the 10th club of his professional career.

Since leaving Manchester United in 2014, Nani has been on a worldwide tour with spells at Fenerbahce, Valencia, Lazio, Sporting and Orlando City.

The former Portugal international joined the latter in February 2019 and was expected to see out his playing career with the MLS outfit.

But he decided to leave in November 2021 and has now returned to Europe with Venezia, signing an 18-month deal with the newly-promoted Serie A side.

The 35-year-old winger quickly proved that class is permanent and registered an assist less than two minutes into his debut.

An assist just less than a minute after coming on as a substitute 👏 pic.twitter.com/8tEKb6yF9b

One of the greatest defenders of his generation, Godin won a La Liga title, the Copa del Rey and two Europa Leagues during his nine years at Atletico Madrid.

After spells in Italy with Inter and Cagliari, he terminated his contract with the latter and was linked with a return to Diego Simeone’s side.

The 35-year-old did join Atletico but Mineiro rather than Madrid, and he is already dreaming about adding more silverware to his trophy cabinet.

“It’s a new challenge that brings different emotions,” Godin said. “I’m very eager to keep learning. It’s been a long time since I last played [at club level] in South America. I have a lot of desire and ambition to give my best.

“Atletico have just won the Brazilian Serie A and the Copa do Brasil titles. The club has ambitious plans and aspires to have even more success. That’s what made me decide to come here and I hope to contribute the best I can to help the team win matches and trophies.”

Moriba broke into the Barcelona first team last season and was regarded as one of the most promising prospects from their La Masia academy.

But the midfielder chose to leave Camp Nou last summer and joined Bundesliga side RB Leipzig for around £16million after a dispute over his contract.

His time in Germany hasn’t gone as planned and he made just six substitute appearances in all competitions in the first half of 2021-22.

The 19-year-old reportedly struggled with the language barrier and has now returned to Spain, joining Valencia on loan until the end of the season.

Once touted as the next Raheem Sterling, Ibe scored four goals in 58 appearances for Liverpool before joining Bournemouth in a £15million deal in 2016.

The winger failed to justify that price tag in his four seasons with the Cherries before joining Championship side Derby County on a free transfer in 2020.

During his time at Derby, he opened up about his battle with depression and left the club by mutual consent at the end of the season.

The 26-year-old is now hoping for a fresh start and has signed a three-and-a-half-year deal with Turkish second division side Adanaspor.

Jordon Ibe has apparently confirmed his move to Turkey on Instagram.

Absolutely buzzing for him and so proud he’s turned it around after a challenging few years, both personally and professionally.

Go and do this, Jordon ❤️👊 pic.twitter.com/rtV9a8qYDo

Mangala became the most expensive defender in Premier League history when Manchester City paid Porto £41million for his services in 2014.

The centre-back impressed on his debut but gave away a penalty and scored an own goal on his second appearance and never really recovered.

After leaving City in 2019, he spent two years with La Liga side Valencia before being released at the end of the 2020-21 season.

The 30-year-old is now playing in his native France for the first time in his professional career and has signed a six-month deal with Saint-Etienne, who are currently bottom of Ligue 1.

The younger brother of Liverpool’s Thiago Alacantara, Rafinha also came through the Barcelona academy but then moved to Paris Saint-Germain in 2020.

Despite showing glimpses of his quality last season, he made just five appearances for Mauricio Pochettino’s side in the first half of 2021-22.

The 29-year-old midfielder has now decided to move back to Spain, joining Real Sociedad on loan until the end of the season.