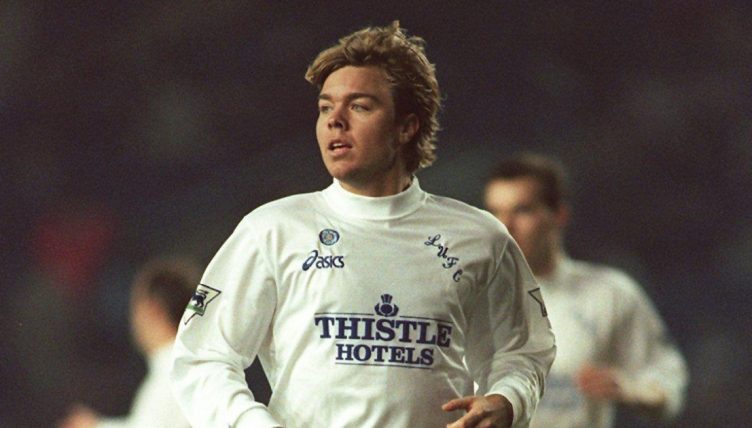 Leeds United have welcomed more false dawns than most clubs – as highlighted by their misfortune in the transfer market when it comes to exciting signings that ultimately proved disappointing.

We’ve gone from the inception of the Premier League in 1992 because, as you all know, that’s when football started.

A serial trophy winner with Parma in the early 1990s and best remembered in England for his brilliant winner for Sweden that knocked the Three Lions out of Euro 92, Brolin arrived at Leeds in 1995 for £4.5million to plenty of fanfare.

Brolin claims he was told by Howard Wilkinson he would be deployed as a playmaker in the middle of the park at Leeds, only to be used as a centre-forward and out wide.

“It may not sound that bad, to be a wide midfielder at Leeds, but the defensive responsibilities I had … it was not like when I had Roland Nilsson behind me in the Swedish national team,” Brolin told Swedish magazine Offside in 2012.

That Brolin is best remembered in Leeds for having a bandage on his head kicked off while playing against the Whites for Crystal Palace probably sums up how that went.

On This Day 1998 #lufc
The day Tomas Brolin’s bandage disintegrated.
Goals from JFH and Rod Wallace and a 2-0 victory at Selhurst Park. #lufc100 pic.twitter.com/k6OXHQKA9N

Swapping fan favourite Luciano Becchio for the ageing Norwich City striker Morison was never going to be a popular move by then-Leeds boss Neil Warnock, but Colin’s justification was simple: “He’ll be a legend here in a few years.”

In two and a half years as a Leeds United player, Morison scored five goals. Legend.

A tale that will always be synonymous with the phrase ‘doing a Leeds’, the story goes that Johnson, earning around £5,000 a week at Derby County, went into negotiations with Leeds chairman Peter Ridsdale hoping for an increase to around £13,000 a week.

Ridsdale, however, offered £30,000, and then immediately upped that to £37,000 when his opening gambit was met with stunned silence.

Both parties have dismissed the story – with Johnson telling us he wasn’t even there for negotiations – and it has somewhat clouded the fact that Leeds were signing a midfielder who had recently forced his way into the England squad.

Ultimately, terrible luck with injuries reduced Johnson to just over 50 league appearances over five years, by which time Leeds had been relegated to the Championship.

Hardly an expensive signing, Ideguchi still managed to drum up plenty of excitement among Leeds fans when he joined from Gamba Osaka in January 2018 for £500,000 after starring in World Cup qualification for Japan.

But Leeds’ first ever Japanese player is set to leave the club this summer without actually making a competitive appearance, having been sent on loan to Spanish second-tier side Cultural Leonesa, where he struggled to break into the first team, and then to German second-tier side Greuther Furth, where he suffered a serious knee injury.

He’s since joined Celtic but barely featured in their title-winning campaign last term.

We once saw him looking extremely confused as an unused substitute in a pre-season friendly at Guiseley, sheltering from thunder and lightning, and it was one of the saddest sights we’ve ever seen on a football field.

Becoming Leeds United’s first seven-figure signing in eight years possibly piled unfair expectation on Murphy, who was making the step up from League One to the Championship when he moved to Elland Road from Crewe Alexandra for £1million in 2013.

A 94th-minute winner on his debut only increased expectations, only for Murphy to get swept up in the multiple nervous breakdowns the Whites suffered as a club under the ownerships of GFH and Massimo Cellino.

While it may not be the sexiest of names, Robinson had helped Swansea City win promotion from the fourth tier to the second as a uniquely classy and skilful attacker in the lower divisions.

Despite Swansea having already secured promotion in 2008, Robinson rejected an offer of a new contract which would have made him one of the highest-paid players in the club’s history and agreed to join Leeds, who had yet to play their play-off final against Doncaster Rovers.

Leeds lost, and Gary McAllister, the manager who signed Robinson, was sacked midway through the following season. Robinson found himself out of favour under McAllister’s replacement, Simon Grayson, although he did ultimately make a timely impact at Leeds by scoring a crucial goal against promotion rivals Millwall while on loan at Tranmere Rovers.

Signing an unknown Portuguese playmaker for the rigours of League One was probably never going to work, but Da Costa looked f*cking brilliant on both YouTube and Football Manager, so what more can you ask for?

Well, you can probably ask for more than eight appearances, one start and a red card in the Johnstone’s Paint Trophy. 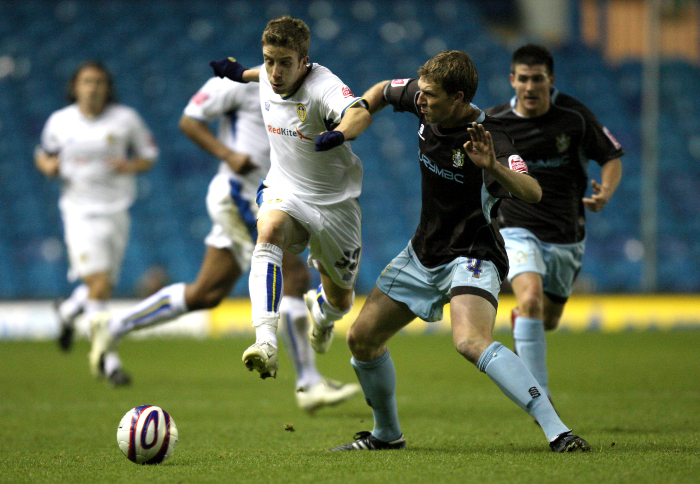 READ: Ranking 35 of Leeds United’s weirdest signings since relegation from the PL

In 1996, Leeds were still smarting from the impact Eric Cantona had made after leaving Elland Road for their fierce rivals Manchester United in a bargain £1.2million move four years earlier.

And so they got their own back by snaring Lee Sharpe away from Old Trafford for £4.5million, when the winger was an England international and at 25, entering the peak years of his career.

Except it quickly transpired the peak of Sharpe’s career had come. Howard Wilkinson was sacked just a month after signing Sharpe and injuries prevented him from impressing new boss George Graham, eventually moving to Sampdoria on loan before dropping down the divisions upon returning to England.

Gordon Strachan had shown remarkable longevity by inspiring Leeds first to promotion and then to the title in 1992, but come the inaugural Premier League season it was accepted Howard Wilkinson would need to start phasing out his 35-year-old captain, who had struggled with injury as the Whites finished top of the old First Division.

The club-record £2million signing of Rocastle represented something of a coup for Leeds, with the midfielder a bonafide Arsenal hero and England international.

But it transpired that Strachan wasn’t finished just yet, returning to fitness to win the club’s Player of the Year award in 1992-93, meaning Rocastle was reduced to a peripheral role and joined Manchester City midway through the following season.

There were a few duds in the recent, otherwise largely glorious, Marcelo Bielsa era.

Junior Firpo – signed from Barcelona – endured a seriously questionable debut season at Elland Road. Record signing Rodrigo Moreno has had his moments but has struggled to justify the price tag. But we’re still giving them a chance to come good. Meanwhile, let’s not even go there with Jean Kevin-Augustin.

Meanwhile, the jury most certainly doesn’t remain out on Kiko Casilla. The goalkeeper arrived with three Champions League winners medals (albeit barely featuring) from Real Madrid and his erratic displays, most notably in the play-off semi-final collapse against Derby County, and has barely been seen since the FA found him guilty of using the N-word against an opposition player in March 2020.

It remains to be seen what’s next but when he finally leaves for good, he won’t be missed.