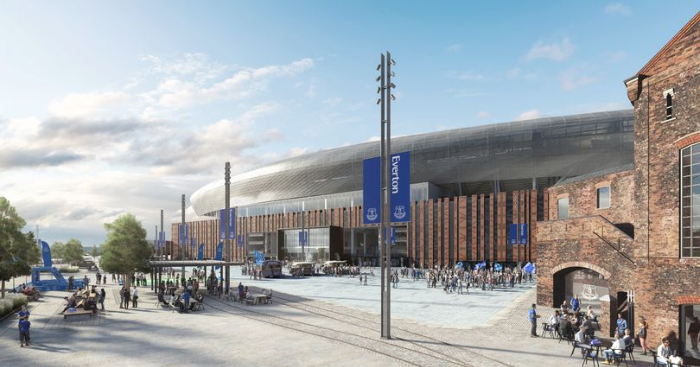 All across Europe there are ambitious plans to re-home some of football’s most famous clubs, as well as a number of proud old institutions in the Football League.

It will be emotional saying goodbye to historic old arenas, but some of the proposed new designs look pretty special.

Here’s all you need to know about all the major plans for new stadiums in the UK and Europe.

Thomas Frank’s Bees, fourth in the Championship, will be hoping that they can say goodbye to Griffin Park by winning promotion. Achieving top-flight football for the first time since 1947 would be quite a way to christen their new 17-000-seater stadium, on schedule to open this summer.

It’s been a long wait but AFC Wimbledon will soon be playing their football at Plough Lane – a brand-new one – next season. Crazy Gang 2020, anyone?

“There’s no denying our new home is really taking shape and we’re well on course for our emotional return to Plough Lane next season,” reads the latest statement from the club.

The 2008 financial crisis halted construction and infrastructure projects around Europe, and Valencia’s Nou Mestalla was one such casualty, with an eerie shell of the stadium sitting half-finished for over a decade now.

There are whisperings that it will finally be ready come 2022, and with a distinctive brutalist structure, we can only hope.

Everton’s new proposed waterfront stadium on the Bramley-Moore Dock site – projected to be a 60,000-seater ready in 2023 – looks pretty swish.

🏟 | We can reveal the final designs for our new 52,000-seater stadium at Bramley-Moore Dock on Liverpool's waterfront!

A detailed planning application will be submitted today. 🙌 #EFC pic.twitter.com/quVLzofRbr

Saying goodbye to the San Siro will be painful, but the replacement – expected in 2023 – looks something special.

The new Milan stadium is going to be quality 😍

After years of back-and-forth between renovating the historic De Kuip and moving to a new site, it’s finally been decided that Feyenoord will start work on a brand new stadium set to open in 2025.

Plans are afoot to move away from the iconic Olympiastadion and into a brand new stadium purpose-built for the club, having always struggled to fill the 74,475-capacity stadium. The ‘Hertha Fussballarena’ could be ready in 2025.

The League One club are set to move to a new 17,000 capacity venue within the next three years.

Planning permission has been granted for a £30million new Glanford Park. Watch this space.