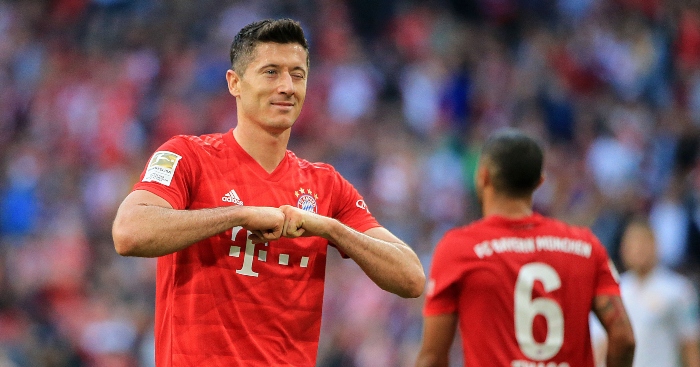 Anthony Martial and Marcus Rashford set a unique record for Manchester United this weekend, while there is a good omen for Liverpool in their pursuit of the Premier League title.

Elsewhere, Robert Lewandowski made history in the Bundesliga and Jan Oblak secured his place in Atletico Madrid’s record books.

We’ve rounded up some of the most intriguing stats to come out of the weekend’s action.

– Robert Lewandowski has become the first player to score in the opening nine matches of a Bundesliga campaign, bagging 13 goals in the process.

– Liverpool have equalled the best ever start to a Premier League campaign after 10 matches, collecting 28 points to match Manchester City (2017-18 and 2011-12) and Chelsea (2005-06). City and Chelsea won the title in those three seasons.

– Tottenham, meanwhile, have made their worst ever start to a Premier League campaign under Mauricio Pochettino after 10 matches, collecting just 12 points.

Jan Oblak has saved 18 of the last 19 shots on target he's faced for Atletico Madrid.

He has now matched Abel Resino's record as the Atleti keeper with the most clean sheets in la Liga (95). Abel did it in 243 matches. Oblak has done so in 163 games👊👊pic.twitter.com/fqaALC1MD4

– Aaron Wan-Bissaka won 11 tackles against Norwich, the most any Premier League player has won in a single game this term.

– Trent Alexander-Arnold has now made the most key passes in the Premier League this season with 37, one more than Kevin de Bruyne.

– Marcus Rashford and Anthony Martial are the first team-mates to both miss a penalty and score in a Premier League match.