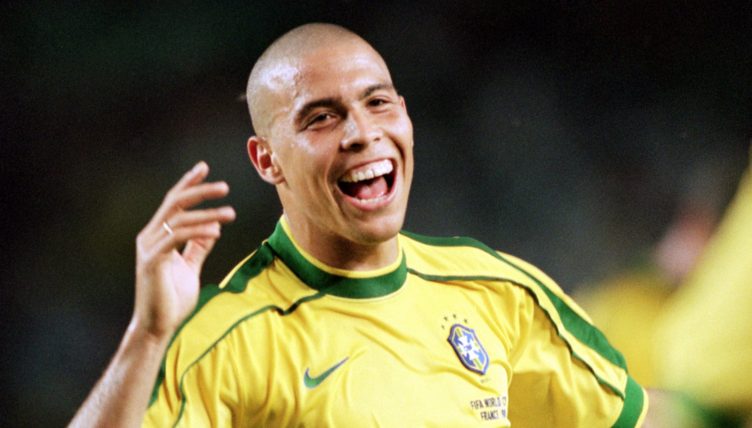 Former Arsenal, Manchester United and Tottenham favourites have all featured in some of the best World Cup adverts over the years.

Adverts while watching football can often be a pain, but sometimes you have to hand it to their creators – they really have nailed a few.

We’ve looked back at some of the best World Cup adverts, from the good to the absolutely brilliant.

Nike have really surpassed themselves with this year’s effort. Called the ‘GOAT Experiment’, it sees modern-day stars like Kylian Mbappe and Cristiano Ronaldo square up against Ronaldinho and Ronaldo and the results are spectacular.

The new Nike World Cup advert has dropped and it is incredible 😍pic.twitter.com/9yjs2bIiES

Come for Kevin the Carrot, spend the rest of the day chuckling at ‘Marrowdona’ and ‘Beth Swede’.

A football team, a Christmas Carrot and… a missed flight? #KevinTheCarrot pic.twitter.com/uRMGaEPz0l

All the lads – Bobby Robson, the Charltons, Terry Butcher et al – getting together to show some Sunday leaguers how it’s done, featuring Big Jack’s incredulous reaction at getting book for “a shirt pull?!”. This. Is. Ace.

What is a World Cup without an advert featuring Ronaldo and the Brazil team? Nothing, that’s what.

Like Monty Python, except everyone is wearing Predators. And how good does that sound?

We have no idea what the f*ck Kelly Holmes, Steve Redgrave, Ian Botham, Tubes, Kasabian,  Ranulph Fiennes and Ellen MacArthur are doing in the tunnel as you walk out to represent England at the World Cup – but admit it, when there’s a brief pause “for Bobby” you well up, don’t you?

We’re not entirely sure why Diego Maradona is so down, but this young boy offers him some Coke – no, not that kind – to cheer him up. You’ll never guess what? It only chuffing works.

Featuring a 13-year-old Scott ‘Scotty’ Parker showing off his keepy-up skills before rejecting the chance to go to McDonald’s.

Not because of some super strict ‘I’m going to be a professional footballer’ dedication, but because he knows they do takeaway. Maybe that’s why he never appeared at a World Cup.

Lionel Messi, Carli Lloyd, Marcelo, Toni Kroos and Dele Alli all kicking paint at each while seemingly wearing those ponchos you can buy at a festival for three quid.

The classic. The benchmark. The OG. Ronaldo and the Brazil boys causing havoc in an airport by just being so bloody brilliant at football.

TRY A QUIZ: Can you name every member of England’s 2006 World Cup squad?