Despite being a frightening figure throughout his playing career, Manchester United legend Roy Keane has given us plenty of laughs with his posts on Instagram.

Keane, who has never shied away from voicing his disapproval of social media, shocked the world by joining the site earlier this year.

He already has 1.7million followers and we’ve picked out nine of our favourite posts so far.

Keane spent 12-and-a-half years with Neville at United but everyone knows that dogs are man’s best friends.

Roy Keane Ig: “Went for a walk with my best mate…..shame Gary had to come along.” 😂😂😂 #MUFC pic.twitter.com/YmMh28IiPV

Roy Keane is the best thing on Instagram 😂 pic.twitter.com/q3LZQZkjhu

A lovely message on the most romantic day of the year.

This is the most unexpected thing that’s happened in 2021.

Roy Keane posted this on Instagram with the following caption

"Available for party hire. I don’t like parties or kids but the pool needs heating."

He’ll wear the PAW Patrol outfit but lycra is a step too far.

"I'll wear the helmet but if you see me wearing lycra, run me over"

The former Republic of Ireland international has put on a few pounds since retirement.

Roy Keane the influencer 🤣 on Instagram 🇮🇪 what a jersey 🤩 pic.twitter.com/LTB45JtrVH

Seeing this post made us look for the original advert and it’s brilliant.

That warm smile clearly runs in the family. 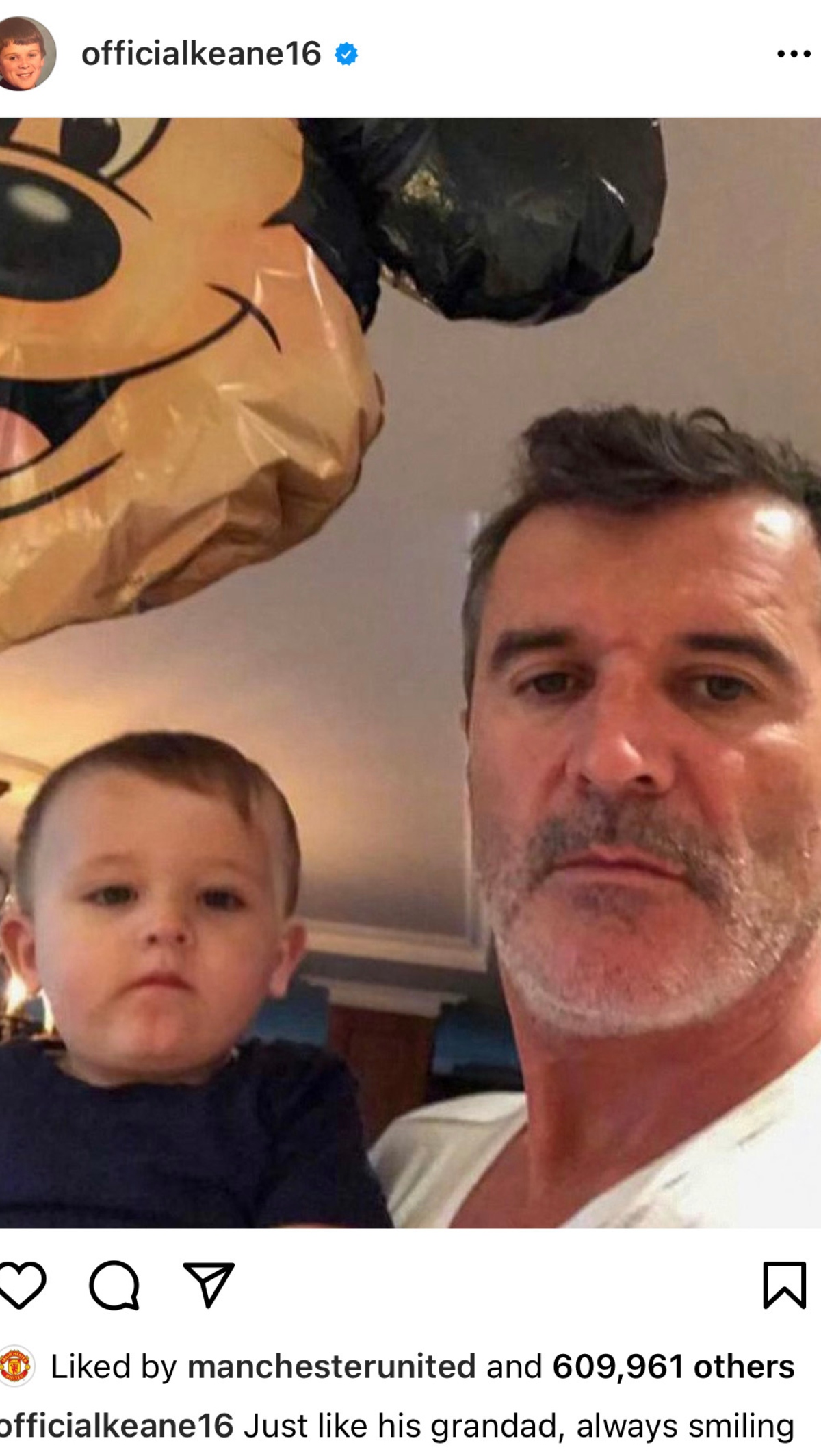 A photo wasn’t enough to stop Keane from getting thrown out.