Nine of the sh*ttest rabona attempts of all time: Dunn, Rojo, Jimenez… 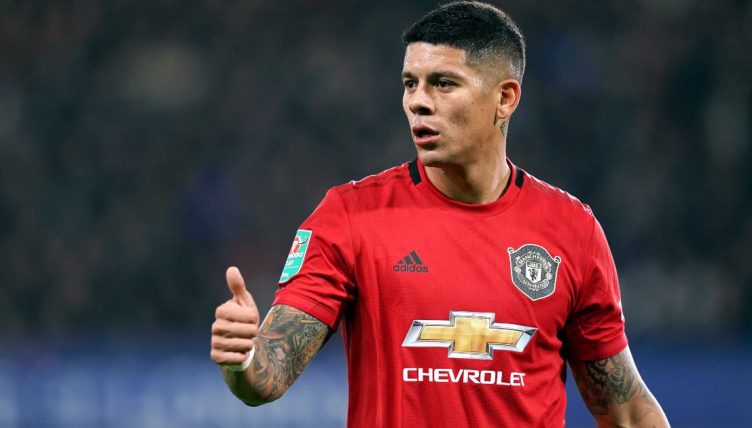 Everyone loves a trick and a flick. There are few better sounds in a stadium than when a player pulls off an exquisite bit of skill and the whole crowd simultaneously gasps in appreciation.

And the rabona is among any fan’s favourite move. When pulled off with panache, there is no more aesthetically pleasing way to strike a football.

But not all professional footballers are Ronaldinho, not all of them can strike a rabona like Erik Lamela did against Arsenal. And, let’s face it, the attempts that don’t come off are just as enjoyable as those that do – for the crowd, if not for the player that tries it.

Here, we’ve picked out nine of the shittest attempted rabonas in footballing history, to remind you just how wonderful it is when it goes wrong.

Where else can we start? The daddy of all shit rabonas, the king of the hill when it comes to miserable attempts at looking flash.

Dunn was playing for Birmingham in the derby against Villa in 2003. He saw the opportunity to get the ball into the box. He swung his left right around the back of his left and… well, it was tragicomic.

In 2015, he told the Independent: “Unfortunately my little boy is seven and all his mates constantly take the piss out of me in the garden with it.

“I’d say I had a reasonably good career and it is just a shame all you are remembered for is a stupid trick you tried. The worst thing for me was when I went into Currys in Blackburn once and I must have seen about 100 TVs on the wall and thought ‘Bloody hell, I’m on every TV.’”

Technically, this rabona is nowhere near as bad as Dunn’s. But its futility is enough to make us question life itself. Why, Marcos Rojo, why?

Thursday night, Europa League group stage, playing the champions of Kazakhstan. If any game screams, ‘Just get the job done’, it is this. If any game does not scream, ‘Have a go at a rabona cross while you’re off balance and there’s a massive defender standing right in front of you’, it is also this.

To anyone who’d been watching closely at the 2014 World Cup, Rojo’s rabona agianst Almaty Kairat would not have come as a surprise.

Again, he makes decent contact with this. But again, why?

Bosnia, opening game of the group stage, in his own penalty area. Christ on a bike, Marcos.

Again? You’re taking the piss, aren’t you? After those two, he really went and did it again?

Back at Boca Juniors, September 2021, playing Defensa y Justicia at home. Not as inappropriate as the other two, but possibly the most laughable of the trio.

Probably best just to hang your boots up forever after this.

Lamela scored two of the best rabona goals we’ve ever seen in his time at Tottenham. But even he is not immune from the embarrassment of a rabona gone wrong.

Of this effort against Leeds at the back end of the 2020-21 season, BT pundit Rio Ferdinand said: “Lamela came on and at times he had impact. There was a moment where he tried a rabona. You’re 3-1 down in this moment.”

“The important thing was the reaction in Spurs shirts. I was looking for someone to get on to him.

“I couldn’t imagine being in a team where that player doesn’t get a rollicking. There’s got to be someone in there to say, ‘Listen, we’re here to get results.'”

What a pass by Lamela. Class. pic.twitter.com/IX32N9hoHR

Like Lamela, Jimenez is capable of good rabonas. But when Wolves took on Brentford at the beginning of the 2021-22 season, his attempted rabona fell very much into the camp of bad rabonas.

Not quite Dunn levels, but not far off.

Finally, something a little unexpected.

Over there in the USA, they have their football, the gridiron variety. ‘What of it?’, you may think. Surely a game that is played mostly with the hands is impervious to the dubious joys of the dodgy rabona.

In 2016, Chris Boswell, a kicker for the Pittsburgh Steelers, pulled one out of the bag that was just as embrassing as any failed rabona in actual football.

According to Wikipedia, Boswell’s dad grew up in Brazil. We can only imagine he hung his head in shame when he saw this.

Don't think Chris Boswell's got a career in ⚽️⚽️⚽️ after this!