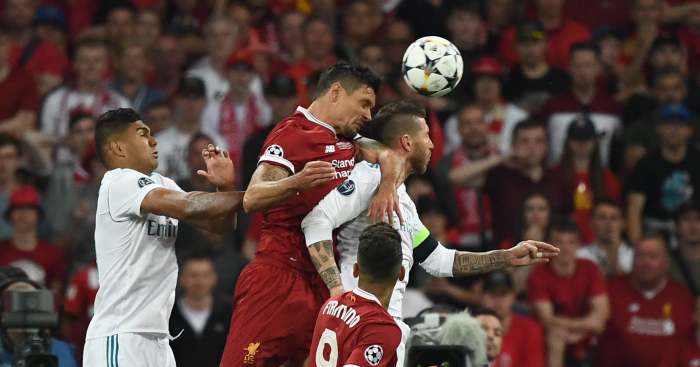 There is a pantomime brilliance to knowing some footballers really hate each other – as Manchester United, Liverpool and Chelsea men have shown.

Whether it be due to physical battles on the pitch or controversies off it, football has contained some wonderful soap operas down the years.

We’ve taken a look at nine of the best feuds.

Want to see Zokora kick racism right in the bollocks? Of course you do.

Keane and Haaland were very nearly team-mates at Nottingham Forest, but the Norwegian’s transfer to the City Ground from Bryne took over a year to be completed, by which point Keane had moved to Manchester United.

But the duo would face each other just once before that infamous day at Elland Road in 1997, when Haaland, by now of Leeds, clashed with Keane, who was left crumpled on the floor with a serious knee injury which would rule him out for the season.

Haaland, unaware of the severity of the blow, stood over his opposite number and hurled some abuse, accusing Keane of faking injury.

While the two players actually faced off against each other a few more times without incident, the memory clearly lingered in the Irishman’s mind, and he got his revenge in 2001, by which point Haaland was playing for Manchester City.

“Even in the dressing room afterwards, I had no remorse,” Keane told The Observer in 2002. “My attitude was, fuck him. What goes around comes around. He got his just rewards. He fucked me over and my attitude is an eye for an eye.”

We’ll just leave this quote from him about his premeditated act of revenge on Alf-Inge Haaland from 2001: “I f***ing hit him hard. The ball was there (I think). Take that you ****. And don’t ever stand over me sneering about fake injuries.” Nuff said. pic.twitter.com/3sJEFQdwOx

Former Barcelona man Oleguer never hid his left-wing leanings as a player, firmly believing in an independent Catalan state, which saw him accept an invitation to join the Spanish national squad only to tell manager Luis Aragones he did not want to play for the side.

Those views did not go down to well with former Atletico Madrid, Valencia and Malaga striker Salva Ballesta, who holds much more nationalist, right-wing views.

Not wanting to be shown up by John Terry and Wayne Bridge, Lopez provided Serie A’s own handshake refusal after Icardi married the former Barcelona striker’s ex-wife Wanda Nara shortly after their own divorce had been confirmed.

Icardi now has the names of Lopez’s three children with Nara tattooed on his arm, which the 34-year-old is understandably not too keen on.

“I’m not comfortable with my kids being in those photos,” Lopez told Sky Sports in 2016. “The kids are my strength and they know I will do everything to protect them because they mean everything to me.”

It’s probably easier to count how many people in football Diouf hasn’t made enemies with, but his feud with Carragher is particularly excellent.

“I arrived for pre-season training anticipating my first view of the players who’d turn us into title winners,” Carragher wrote in his autobiography. “I returned home the same evening in a state of depression.

“Do you remember being at school and picking sides for a game of football? We do this at Liverpool for the five-a-sides. Diouf was ‘last pick’ within a few weeks.”

He went on to add: “His attitude disgusted me.” And in 2015, he told Scouse Bird Problems: “The worst (player he played with) has to be El Hadji-Diouf.

“Actually, I quite enjoyed playing against him as you could kick him them – [you] can’t kick your own players!”

Diouf has responded on various occasions, calling Carragher a “f*cking loser”, “a sh*t” and “the biggest turkey on the field”.

The other big difference is he's scored less goals for LFC in the Premier League than me! (Not counting OG's!!) https://t.co/dwEA56c7NA

The duo have constantly aimed digs at each other through the years regarding who should be considered the greatest player of all time.

Maradona’s barbs include saying Pele “should return to the museum”, “played with players who couldn’t even move”, “keeps on saying stupid stuff when he takes the wrong pills” and looks “like a doll that’s being moved by remote control”.

Pele tried to be diplomatic when speaking to Goal in 2017 but still couldn’t resist a jibe at El Diego.

“I always say that he was one of the best in the world, and that’s true,” he said.

“Now, we can’t say that Maradona was a great header. He didn’t score goals with headers. And we cannot say Maradona shot very well with both feet, because he didn’t shoot with his right, only mainly with his left…

“So from time to time, when people make comparisons, I make jokes about that. For me he was a great player, just that you can’t compare Maradona with Pele.”

Romario was re-signed by Vasco De Gama in 1999 to partner Edmundo in attack, but the damage was already done.

After Edmundo had replaced his old friend in the Brazil squad for the 1998 World Cup, Romario placed a huge cartoon of him on the toilet door in his Rio bar, a joke which didn’t go down well.

They argued through the press but started competing even for women in a nightclub. “We arrived at the club and there was me in one corner and him in the other; I was prettier, I had the chat. So, we started to clash,” Edmundo once said. 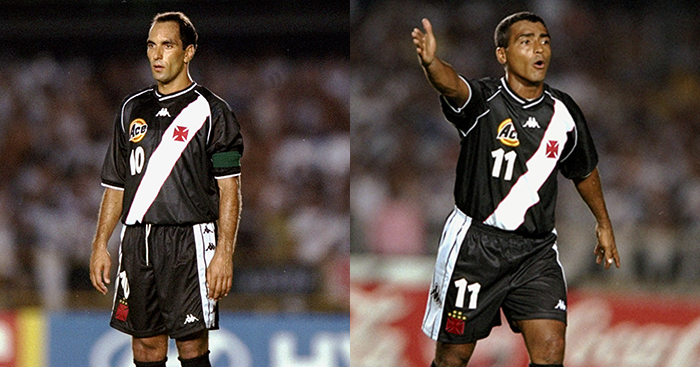 Ramos relishes his role as football’s anti-hero, and Lovren appears to be trying to establish a similar reputation.

When he’s not busy declaring himself one of the best defenders in the world, Lovren likes to make clear that Ramos makes more mistakes than the Liverpool man, who also posted an Instagram video in which he bragged about elbowing the Spain international.

Ramos responded by liking a photo of Lovren crying while the Real Madrid man holds the Champions League trophy aloft.

This is all a bit petty, lads. You best get stuck into each other next time you meet. 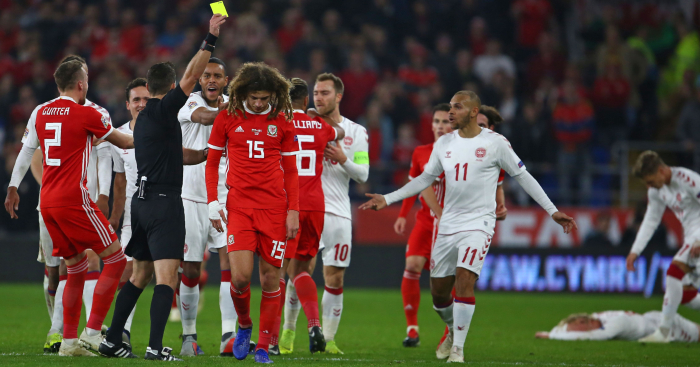 WATCH: Chelsea youngster gets revenge on Denmark man after being clattered