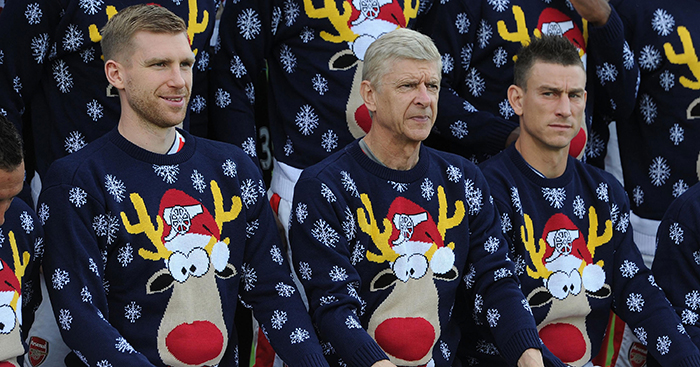 We love football. We love Christmas. And we bloody love football at Christmas. But there are a few things guaranteed to happen every year that will leave you shaking your head and smiling at the same time…

No matter how much consensus there might be on a winter break benefitting the national teams of the countries who have one, you’ll be hard pressed to find an English football fan who’d give up games over the festive period to create the gap.

And as well as the feast of football we have to look forward to, there are also the inevitable displays of Santa hats, Christmas jumpers and homemade banners to amuse and horrify us in equal measure. Lock up yer da now… 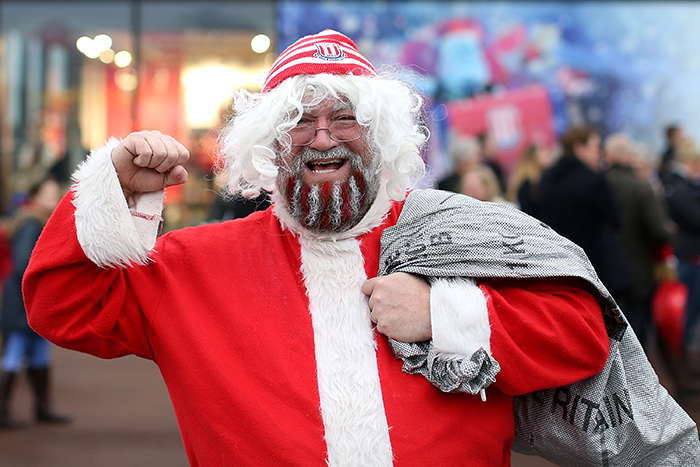 Go big or go home is clearly the message here… 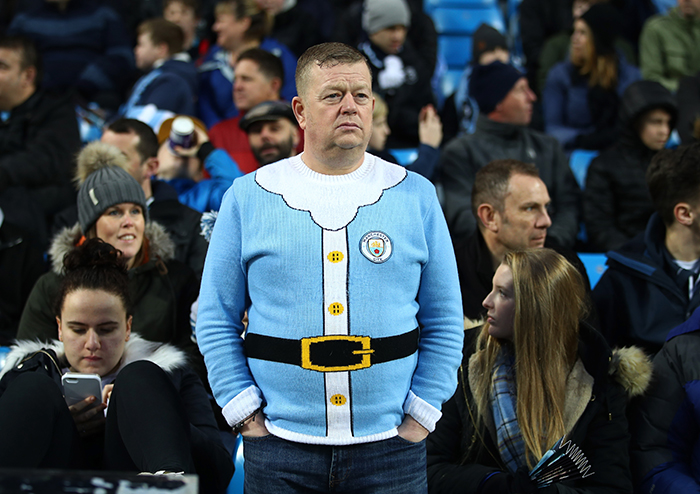 You might think football fans could forget about the colours of their rivals for one day. You’d be wrong… 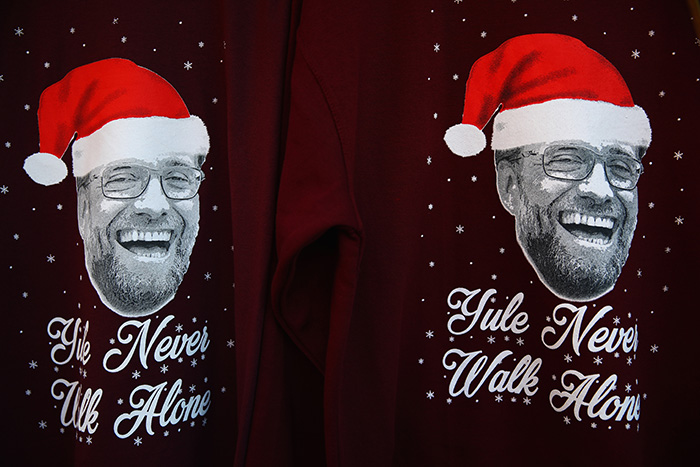 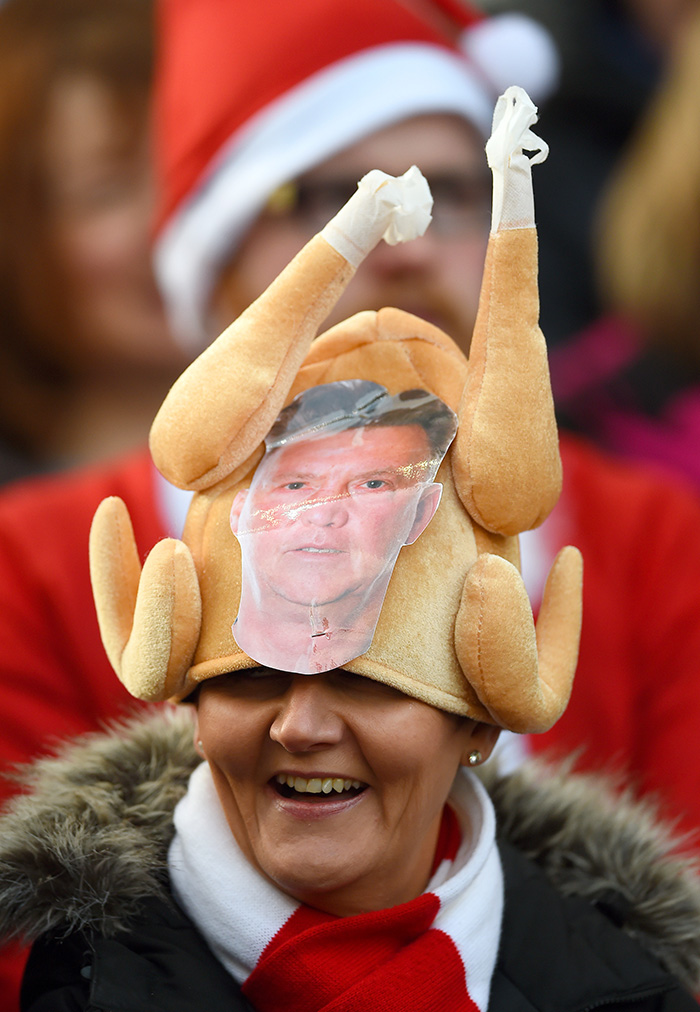 Christmas means good/bad jokes. We genuinely can’t decide if this is the best or worst thing we’ve ever seen… 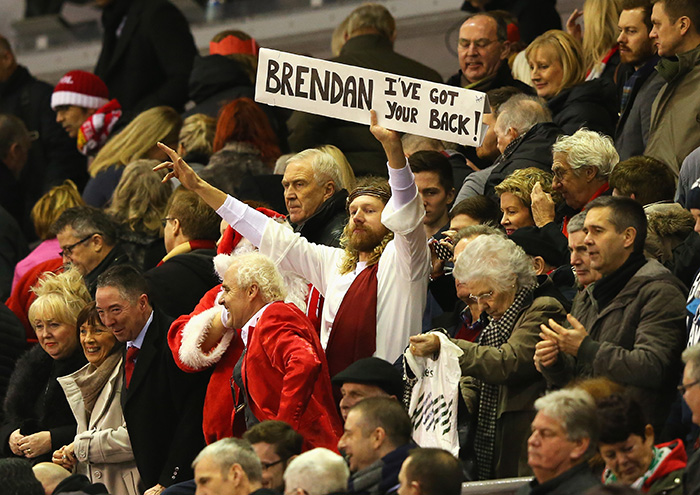 Unfortunately for this Liverpool fan, Brendan Rodgers wasn’t the messiah, he was a very naughty boy.

If it’s good enough for Mario… 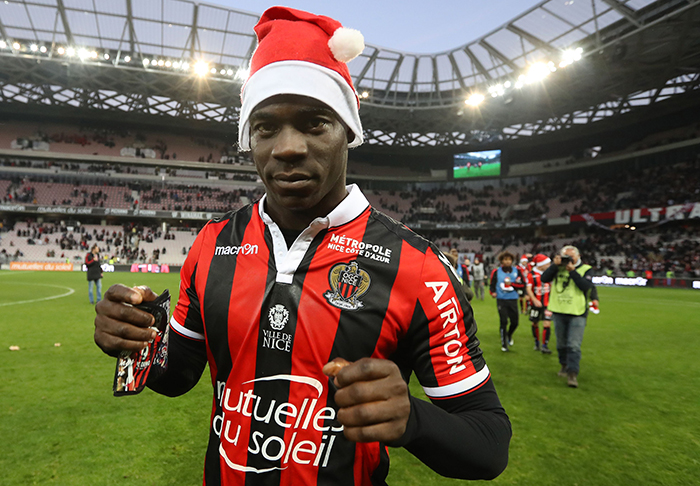 If Mario Balotelli thinks it’s OK to wear a Santa hat then who the hell are we to argue? Strangely, this kind of thing only ever happens after a win. 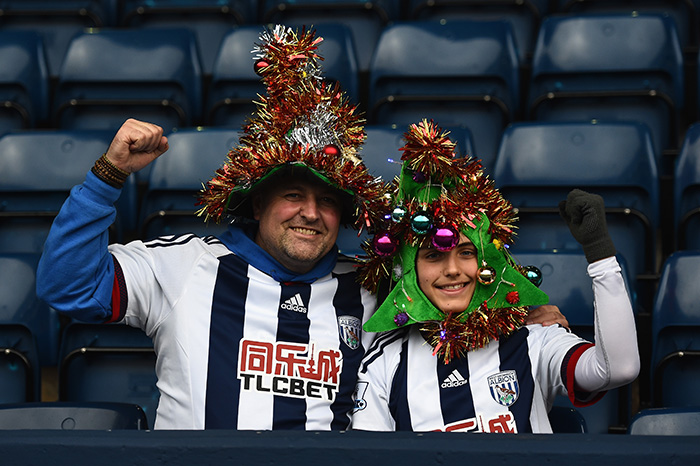 What do you reckon Mario would make of these? Too far? We couldn’t possibly comment. 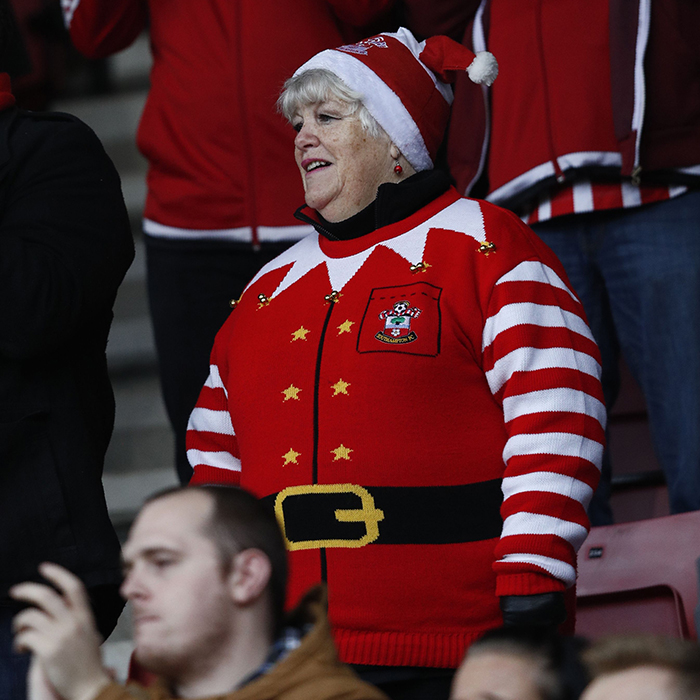 It’s one thing dressing up with a group of friends, but going to a game dressed like this by yourself takes real baubles. 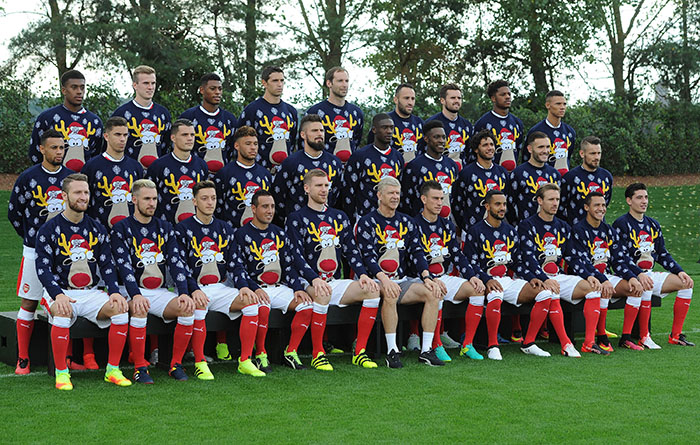