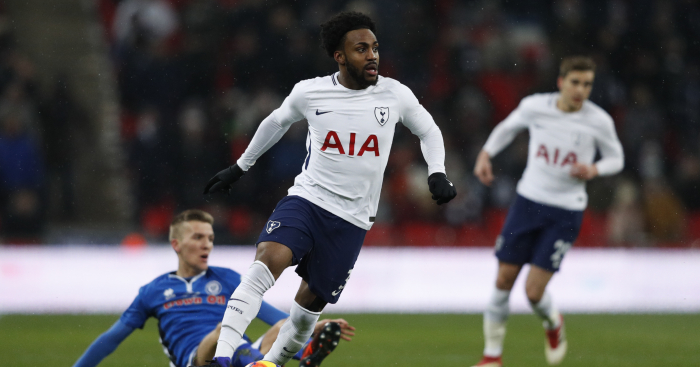 Arsenal, Manchester United and Liverpool players could all be set to leave their clubs for foreign climes before the end of the month.

While the transfer window in England may have closed, it remains open until the end of August across much of the rest of Europe.

We’ve taken a look at nine players who could secure a move to the continent in the remaining three weeks.

Chelsea paid £35million to sign Drinkwater from Leicester City last summer, but the midfielder made just five starts in the Premier League.

Competition for a spot in the Blues’ midfielder has only increased with the signings of Jorginho and Mateo Kovacic, while Ruben Loftus-Cheek has returned from his loan at Crystal Palace and Ross Barkley appears more in favour under Maurizio Sarri.

Drinkwater was linked with a move to West Ham or a return to Leicester but, according to The Guardian, the 28-year-old has his eyes set on a move abroad.

We’re going to suggest The Sun’s Dave Kidd has something of an in with Rose, given he was the journalist the left-back gave his explosive interview to last summer.

And this week Kidd reported that Rose is holding out for a move to PSG, while Sky Sports suggest Schalke are in talks with Tottenham over a loan deal.

Such is the embarrassment of riches at Pep Guardiola’s disposal, a £32million centre-back is nowhere near getting a look in to the Manchester City side.

John Stones, Aymeric Laporte, Nicolas Otamendi and Vincent Kompany are all established as the favoured defenders, and The Times reported earlier this summer that City are struggling to find a buyer for Mangala for the third summer running.

Having been sent on loan to Valencia and Everton in the last two seasons, another temporary move appears likely for the 27-year-old.

“We only have three players – Carl Jenkinson, David Ospina and Joel Campbell – with the possibility to leave,” Unai Emery said when evaluating his squad this week.

Jenkinson has been linked with a move to the Championship, most notably with Swansea, which leaves Ospina and Campbell – one of the Premier League’s great forgotten men – currently browsing Skyscanner.

Haven’t you been concentrating? See above.

With Joel Campbell still at Arsenal, there's a strong chance he could become the club's most capped player.
He currently has 75 caps as an Arsenal player, the record is held by Thierry Henry with 81.

You may have heard that Liverpool have signed a new goalkeeper this summer, although Chelsea slightly pissed on their bonfire by making Kepa the most expensive goalkeeper in history, meaning Alisson’s reign lasted less than a month.

Danny Ward has already left Anfield, leaving Mignolet to battle with Loris Karius for a place on the Reds’ bench.

Barcelona and Napoli have both been credited with interest in Mignolet, although a deadline day move to the latter reportedly broke down as Liverpool were unwilling to pay a percentage of the goalkeeper’s wages.

It’s probably not a good sign when your club forget to list you among their squad numbers, but that’s exactly what happened to Darmian.

The full-back has been linked with a move back to Italy for the past two seasons, and Mourinho admitted in July: “Matteo wants to leave and I think when a player wants to leave, if the right offer arrives you have to try and be human and let the player follow his instinct.”

Injuries to Antonio Valencia and new signing Diogo Dalot have so far seen the 28-year-old remain at Old Trafford, starting United’s 2-1 victory over Leicester in their opening match of the season, but if those players return to fitness there could still be time for Darmian to secure his move back home.

As it stands, #mufc won't be signing a centre-back, so Rojo stays because Mourinho wants five centre halves. Only player likely to leave after today's deadline is Matteo Darmian, although club staff would be happy to keep him.

Many people tipped Sandro – a £5.2million buy from Malaga – to prove an astute signing for Everton last summer.

However, the forward scored just once in 15 appearances before spending the second half of the campaign on loan at Sevilla.

According to the Liverpool Echo, Sandro wants to return to Spain, but a loan move to France may be on the cards.

West Ham have seen a host of new recruits arrive in east London this summer and are willing to listen to offers for Oxford, who they rate at £10million, according to Sky Sports.

A move back to Germany could be on the cards, with RB Leipzig, Hannover and Frankfurt all linked with the England Under-20 international.