13 players who played on through injury: Fabregas, De Ligt, Ronaldo… 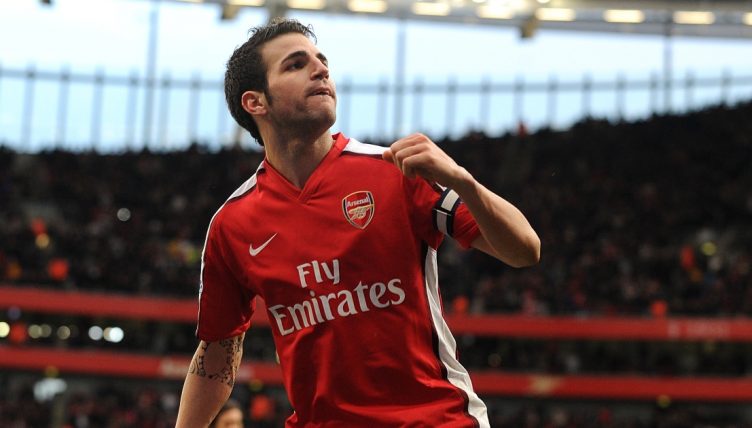 Footballers are often accused of being soft, but former Arsenal and Manchester City players are among those to have played on through the pain barrier over the years.

In an era where footballers are often accused of rolling around when no injury has been sustained, it is nice to remember there are also times when they show the kind of warrior spirit we all love to see as fans.

Here are some of our favourite examples of courage from players battling through the worst of injuries.

It’s still not known whether Fabregas fractured his leg in the Barcelona game or even in the previous match against Birmingham.

Either way, scoring a penalty against a European giant with a fractured leg is a pretty impressive feat, even if it seemed to worsen the problem.

#onthisday 2010 Fabregas broke his leg but still managed to score a penalty 💪 pic.twitter.com/y1kMlrHiNC

Just hours before the 1998 World Cup final, star striker Ronaldo reportedly had a fit, and was foaming at the mouth.

Ronaldo was rushed to hospital and Edmundo was pencilled in to play, but Ronaldo was having none of it and returned against medical advice to start the match.

The incident has sprouted several conspiracy theories, including one which suggests Nike forced Ronaldo to play in the final.

Inevitably, Brazil lost the final to hosts France, though they did manage to make up for it four years later…

A famous image to England fans, this injury against Sweden in 1989 is iconic.

Definitely wouldn’t be allowed now though, which is for the best.

Speaking of England players carrying on with a blood-soaked kit…

Paul Ince spills blood for his country against Italy in 1997. pic.twitter.com/LywCyxhTWT

A week after Liverpool’s Champions League victory over AC Milan, Hamann was ordered to have an X-Ray by the German team doctor. Turns out he had a broken foot.

“I can remember when I did it but not how. I was determined to shake it off, despite the discomfort,” Hamann said. “I remember the Liverpool team doctor putting some ice on it afterwards but we were walking on air by then.”

Not only did he break his foot during extra time, but Hamann went on to get the ball rolling by scoring Liverpool’s first penalty in the shoot-out. “All that mattered was that I scored,” he said.

Valencia was injured as he challenged for a header against Joel Campbell inside the first 15 minutes of Man United’s game against Olympiakos in 2014.

A large lump appeared above his left eye after the incident and the swelling meant that he could hardly see out of it. The winger soon looked like a boxer who had just been through 12 bruising rounds.

However, Valencia soldiered on before he was eventually replaced in the 77th minute.

Also playing and scoring with a fractured leg was Wigan’s Roberts back in 2005. He lined up against Reading in the last game of the Championship season, scoring the second goal in a 3-1 win which sent Latics up to the Premier League.

Fast forward to 1956, Trautmann is lining up in goal for Manchester City against Birmingham in the FA Cup final. In the 73rd minute, he collided with Peter Murphy, but chose to play on, seeing out his side’s 3-1 victory with some crucial saves.

Visibly crooked when collecting his winners medal, it was discovered that Trautmann had in fact broken his neck in the challenge. “You should be dead,” said the doctor.

Bony picked up an injury moments after being introduced as a second-half substitute in Swansea’s clash with Leicester in February 2018.

The Ivorian continued after landing awkwardly, but a scan revealed he had torn his anterior cruciate ligament and would miss the rest of the season.

Swansea fans probably could have forgiven him for not playing on with that one.

The man who always seemed to be injured can’t really be blamed for wanting to play through the pain barrier at times, but playing 60 minutes after breaking your nose, cracking your eye socket and suffering concussion is no walk in the park.

Again, wouldn’t be allowed now. Yes, that is a good thing.

Merci a tous nos supporters! Bedankt aan al onze supporters! What wouldn't you do for your country hey? 😉 #Belgium pic.twitter.com/Nf3J9phkF3

Of course Psycho makes an appearance in this list. He broke his leg in the first half of a match between West Ham and Watford, carried on until half-time and even readied himself for the second half.

“He put his boot back on and said ‘I’ll give it a go’,” said manager Harry Redknapp. “Even he can’t run off such a bad injury.”

Six months later, Pearce broke the same leg in a match against Southampton – and refused to be stretchered off.

Having played with Stuart Pearce who tried to run off a broken leg I find Pepe's rolling around hard to stomach.

A brilliant story, Palermo suffered a complete tear to his anterior cruciate ligament while playing for Boca Juniors in 1999 – but didn’t know and went on to score his 100th goal in the Argentine top flight in that match.

While still injured, his club reached the quarter-final of the Copa Libertadores, naming Palermo among the substitutes. He came on for the last 15 minutes and scored the goal which sent them into the semi-final – Boca eventually winning the competition.

His bad luck with injuries didn’t end there, though, as while at Villareal he scored and ran to celebrate with supporters, but a wall underneath him collapsed and he suffered a double leg break.

De Ligt has had a difficult time since joining Juventus, but he impressed their supporters with his commitment against Atalanta in 2019.

The defender fell awkwardly on his right arm, and he suffered a dislocated shoulder. However, after some treatment his shoulder was popped back into place and he returned to the pitch to complete the match.

De Ligt played through the pain in the second half yet still had one of his best performances for the club and made a vital goal-line block.

So De Ligt was clearly in pain after dislocating his shoulder, went off….. then came back on….. against Atalanta, who never stopped attacking….. and just played out the game like it was nothing? That's a warrior. That's a instant favourite. Forza Matthijs ⚫⚪ pic.twitter.com/tBMWiDOpBr

READ MORE: A ranking of the best haircuts at the 2018 World Cup: Griezmann, Neymar