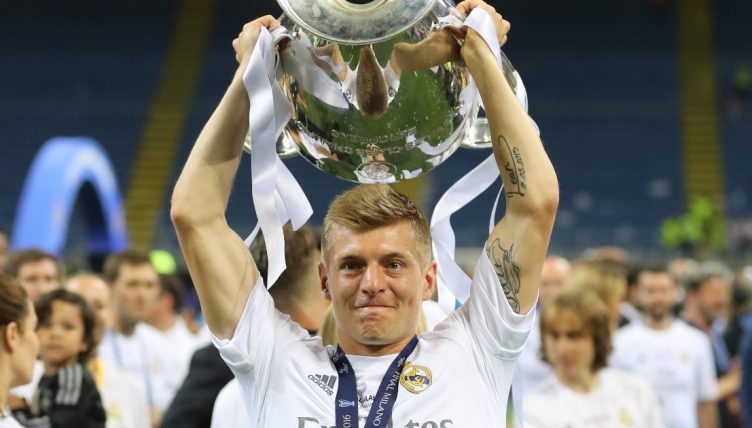 Manchester United have spent a fair amount of money on big name signings over the years, with varying degrees of success.

Some proved to be instant hits, such as Robin van Persie, whilst others such as Alexis Sanchez were a complete waste of time.

United’s current predicament which leaves them on course for a fifth consecutive trophyless season, can be attributed to poor choices in signing, with £73million summer capture Jadon Sancho failing to impress in his first season back in England.

Things could have been very different had other targets been signed over the years, and some were such near misses which will fill United fans with regret.

The Premier League all-time top scorer spent most of his career at Newcastle after success with Southampton and Blackburn Rovers, but he was very close to joining the Red Devils on two occasions.

Before Blackburn spent £3.6million to bring Shearer to Ewood Park, Sir Alex Ferguson spoke to the striker to convince him to join United, but he turned them down and won the league with Blackburn in 1994-95 instead.

In 1996 United tried to sign Shearer again, but they were again snubbed as he joined his hometown club Newcastle United instead, where despite not winning any trophies, he became a legend.

“Of course I was tempted to join Manchester United, but I do not regret either decision,” he stated in 2006.

“I had a magical time at Blackburn, winning the league. And I completed my own dream of playing for my home town club of Newcastle.”

United signed Eric Cantona instead, the first time around, and gone on to win the lot, neither side can hold too many regrets about this one. Shearer has spoken many times about what it means to him to be his hometown club’s all-time top scorer.

Ever wondered what it's like to reject Sir Alex Ferguson?

After coming through the ranks at Newcastle and winning the PFA Young Player of the Year award in 1987-88, Gascoigne decided to leave his boyhood club.

Sir Alex Ferguson, who was at the start of his United career, was one of many admirers and looked to have won the race for his signature.

“We spoke to him the night before I went on holiday,” Ferguson said. “He said, ‘Go and enjoy yourself, Mr Ferguson, I’ll be signing for Manchester United.’

“So I went on my holidays but Martin Edwards (then chairman) rang and said I’ve got some bad news – he signed for Tottenham. They bought a house for his mother and father in the north east and that swung it.”

The former England international later revealed that Spurs also bought his dad a BMW and got his sister a sunbed. How nice of them.

Unlike any other player on this list, Mikel actually signed a contract with United and wore their shirt during a press conference.

But no agents were present when Mikel put pen to paper, and Chelsea claimed they already had a deal in place to sign him from Lyn Oslo.

The midfielder later claim he had been pressured into signing for United and wanted to join Chelsea instead, prompting a year-long legal battle to ensue between the English giants.

“Look, it was tough, it was difficult,” he told The Athletic. “I missed a year of my career because of it. I couldn’t go to Chelsea, I couldn’t go to Manchester United. I had lots of different agents claiming to work for me. It was tough mentally.

“My family were all disturbed, concerned. I was just 18. I was a kid. I just wanted to play. It was in court and, well… it was a nightmare. There were nights I couldn’t sleep because I didn’t know what I was going to do the next morning.

He eventually completed his move to Chelsea after United agreed to terminate their agreement and received £12million in compensation.

The legendary Brazilian star was rumoured to be so close to joining the club that he had even been given a shirt number by United before deciding to join Barcelona instead in 2003.

“It almost happened with United,” Ronaldinho later said. “It was a matter of 48 hours, but [Sandro] Rosell had told me way before I got the offer: ‘If I become Barca president, will you come?’ I said yes.

“It was only a matter of details with United when Rosell called to say he was going to win the election there. And I had promised to him that I’d play for Barca.”

After failing to get Leighton Baines from Everton in the summer of 2013, United made a late bid to sign Coentrao on a season-long loan deal.

At around 10:45pm on transfer deadline day, La Liga officials announced the Coentrao deal and Real Madrid’s signing of Guilherme Siqueira on a season-long loan from Granada.

But both of those statements were later retracted when Benfica hijacked the deal for Siqueira and Real subsequently pulled the plug on the Coentrao move at the last minute.

Coentrao stayed at Madrid and played a rotational role, and may wonder what could have been had he joined United as a starter under David Moyes.

Having enjoyed a brilliant breakthrough season at Cardiff City in 2007-08, Ramsey was the subject of a transfer battle between United, Arsenal and Everton.

United agreed a fee with Cardiff and even published the news on their website, but the midfielder decided to join Arsenal instead.

“I supported Manchester United as a youngster but once I had spoken to Arsene, the way he described the Arsenal set-up and their plans for the future impressed me,” Ramsey said in 2008.

“I just had a gut instinct that the right move for me would be joining Arsenal. It was my decision. I thought about where the best place would be for me to develop as a player — and that was Arsenal.”

The Wales international went on to make 350 appearances for the Gunners over the following 11 seasons, winning three FA Cups.

The Dutch wizard was linked with United for what felt like an eternity, but ultimately never made the move.

Sneijder, who is the most capped Dutch player ever, was one of the best midfielders in the world in his prime at Inter Milan, and in Sir Alex Ferguson’s final years at the club his name was constantly brought up as a potential signing.

However, the United legend recently told Manchester United’s podcast that they “were never interested in Sneijder.”

“I don’t know where that came from but you get a lot of them.” 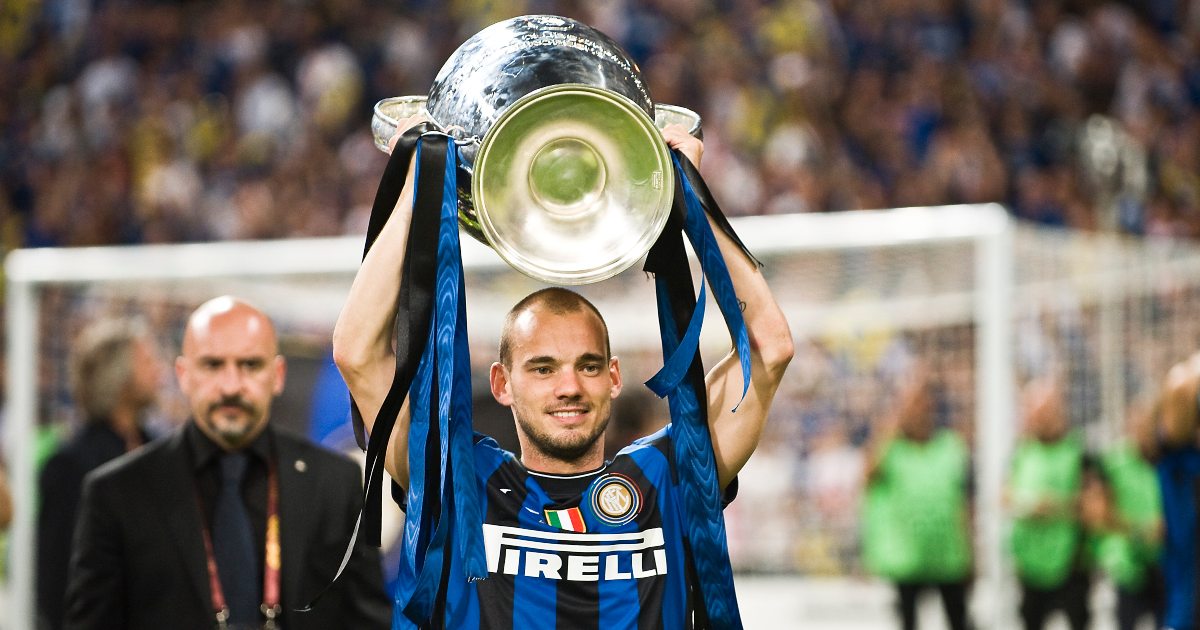 Despite United’s struggles in the 2013-14 season, David Moyes was able to convince Kroos to leave Bayern Munich and move to Old Trafford.

But Moyes was sacked before the summer transfer window opened and his successor in the United dugout decided to pursue other targets.

“David Moyes had come to see me and the contract had basically been done but then Moyes was fired and Louis van Gaal came in, which complicated matters,” Kroos told The Athletic in 2020.

“Louis wanted time to build his own project. I didn’t hear anything from United for a while and started having doubts. Then the World Cup started and Carlo Ancelotti called. And that was it.”

The current Liverpool midfielder could have followed a very different path in 2013, had he joined Manchester United instead of Bayern Munich, where he won everything he could have possibly won.

When Thiago was set to leave Barcelona, United were rumoured to have agreed a £17million deal to bring the Spain International to Old Trafford, but Sir Alex Ferguson’s departure and the appointment of David Moyes scuppered the transfer.

Moyes wanted a big transfer to make his start to life at United easier, and had focused his attention on Gareth Bale, who was set to depart Tottenham that summer.

The Scottish manager also wanted Toni Kroos and Cesc Fabregas, and prioritised signing them over Thiago. Thiago then joined Bayern Munich, whilst none of these deals went through.

Moyes did eventually get a signing through, with Marouane Fellaini following him from Everton on deadline day.

Thiago looked particularly close to joining when David De Gea encouraged his compatriot to join the club with a written message on a match ball, but United’s failure to pursue the deal meant he never arrived.

“There was never any firm proposal. David de Gea wanted me to join,” Thiago stated in 2015.

“He wrote a message on my match ball after we’d beaten Italy in the (Under-21 Euro) final. But I would have done the same with him.”

“He is one of the greatest goalkeepers in the world. You always want to play with the best. But it was always going to be (Bayern) Munich.”

Thiago holding the match ball with "Nos vamos en Manchester" or 'See you in Manchester' written on the bottom left. pic.twitter.com/Qo0U0GsLof