Eight players who went out on loan before PL success: JT, Rio, Beckham… 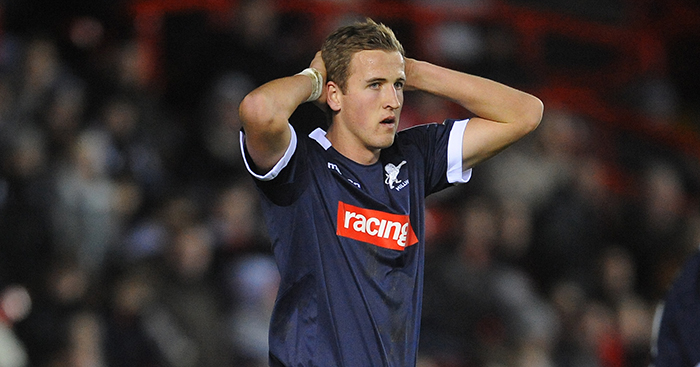 Being sent out on loan might sometimes come as a blow to young players hoping to establish themselves with their parent club – but it can be the precursor to great success.

Often, players are handed a brief taste of first-team action after coming through a club’s academy only to then be farmed out elsewhere for a season, often in a lower division.

But while that might feel like a setback to some at the time, a loan move can simetimes kickstart a career – as this lot proved.

Terry made his Chelsea debut in 1998 but, given he had World Cup winners Frank Leboeuf and Marcel Desailly ahead of him in the pecking order, opportunities were limited, and so he departed for Nottingham Forest towards the end of the 1999-00 campaign.

Forest were enduring an underwhelming attempt to return to the Premier League at the first time of asking, with Terry becoming the 11th centre-back they used that season, but the future England captain left the City Ground having played in six matches without tasting a single defeat.

“Right from the off, he was clearly better than any other centre-half we’d used that season,” Forest fan Andy Kerr told FourFourTwo.

“He was brave, aerially dominant, read the game well and had no problems bossing his older, more senior partners at centre-back.”

Lampard scored his first senior goal while on loan at Swansea in 1995-96, demonstrating the knack for timing a late run into the box to perfection which would become his hallmark during a career as one of England’s greatest ever goalscoring midfielders.

“We played at their old Stadium, Vetch Field, and it was an eye opener because it was my first experience of man’s football and was a character-building exercise,” Lampard told Manchester City’s official website in 2015.

Earlier this year the Swans tried to re-sign Lampard, but he decided to call it a day rather than finish where he’d started. Shame.

None of Kane’s four loan moves were particularly successful, and it’s unlikely any fans of Leyton Orient, Millwall, Norwich City or Leicester City would have predicted what was to follow for the striker when they were watching him turn out for their club.

Tottenham fans certainly wouldn’t have, but that’s the point. Kane might never have broken through had he stayed and waited for his chance at White Hart Lane, but by heading out on loan he got to experience first-team football and work on his weaknesses.

By the time his chance arrived at Spurs, Kane was ready to take it. And boy did he take it.

His experience as part of the Leeds United Loan 100 didn’t exactly go to plan, but spells at Birmingham, Barnsley and Derby allowed Butland to bide his time before he was ready to take over as Stoke’s No.1. 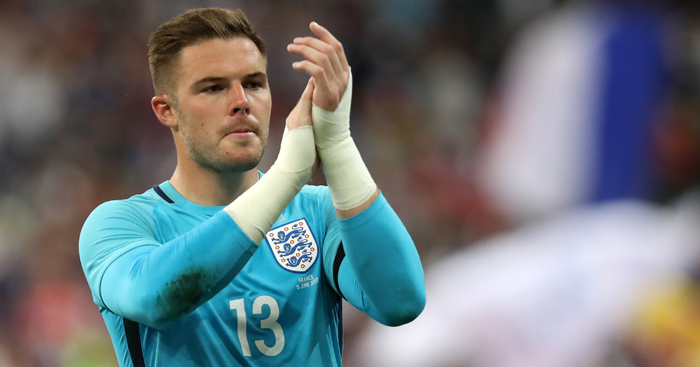 READ: The making of Jack Butland: From gangly 18-yr-old to England’s next No.1

We have spoken to several former Arsenal youngsters who for one reason or another failed to make it to the top after coming through the Gunners’ Academy.

Some went out on loan but struggled to adapt to a different style of football, while others like Conor Henderson perhaps suffered from staying put for too long; he did not leave Emirates Stadium until he was nearly 22 but at that point had played only once for Arsenal and twice for Coventry during his one loan spell.

Ashley Cole had a rather different experience, playing 14 games in the Championship with Crystal Palace before returning to nail down a first-team spot at Arsenal and going on to establish himself as one of the world’s best left-backs.

Possibly the most glamorous name and face in the history of football, Beckham actually cut his teeth with Third Division Preston North End in 1995.

Playing alongside future Manchester United manager David Moyes, Beckham scored two goals in five matches, one a trademark free-kick and the other direct from a corner, as he earned the respect of the senior pros who were initially wary of the fancy-dan teenager who had arrived from the Premier League.

Ferdinand credits his loan spell at Bournemouth in 1996-97 as a “turning point” of his career and “one of the best things Harry [Redknapp] ever did for me”.

Less than a year after making 10 appearances for the third-tier outfit, Ferdinand was making his senior England debut having broken through at West Ham.

Three years after the success of Ferdinand, Defoe followed in the defender’s footsteps and left West Ham for a short spell at Bournemouth.

Only 18 at the time, Defoe was an instant success, setting a post-war record by scoring his first 10 matches at the club – eventually ending with 19 goals in 31 appearances.

“He’d been with us 24 hours when we were away at Stoke, and in the first half he hit the post and scored a goal,” Sean O’Driscoll, manager at the time, told FourFourTwo earlier this year.

“He was an absolute handful. I walked into the dressing room and just said, ‘Give him the ball.'”

Defoe’s career has now gone full circle given he has returned to Dean Court to play under Eddie Howe, who was a team-mate 17 years ago.