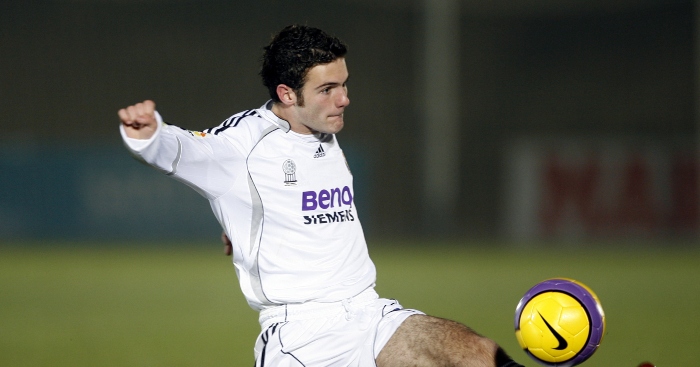 Failing to make the grade at Real Madrid doesn’t make you a bad footballer, as plenty who didn’t make much of an impression at the Bernabéu have proven.

Take a look around Europe in any given season and you’ll see countless players with the Spanish club on their CV, with plenty of them doing enough to make you wonder why things didn’t click.

Whether it’s academy players who didn’t step up or signings who failed to impress and were swiftly moved on, the ex-Real Madrid contingent contains plenty of stars.

Eto’o might be top of the ‘ones who got away’ list, having gone on to win trebles with two separate Champions League victors despite playing just a handful of games in a Real Madrid shirt.

In fairness, with Raúl and Fernando Morientes ahead of him in the queue, and Ronaldo joining a couple of years later, his path to first-team football wasn’t exactly clear.

The Cameroonian left for Mallorca at the age of 19, having failed to score in any of his seven games for Los Blancos, but went on to play a significant role in Barcelona’s run to the 2006 and 2009 Champions League titles before helping José Mourinho’s Inter win the same competition in 2010.

Another member of Inter’s 2010 squad, Sneijder did enough in that one season in Milan to leave us wondering why Real Madrid were so willing to let him go.

The Dutch midfielder joined in the same window as compatriot Arjen Robben and played a similar number of games but was struggling to make his long-term case even before Kaká’s arrival all but sealed his exit.

Not only did he thrive in that first season in Italy, but he was one of the stars of the 2010 World Cup, taking the Netherlands to the final and coming very close to humbling his former club team-mates as the Oranje took Spain to extra-time.

Huntelaar wasn’t bad in a Real Madrid shirt, but he never really got a chance, with Manuel Pellegrini shipping the Dutchman off less than a year after he arrived from Ajax.

The striker netted eight times in 20 games before being cast aside for Karim Benzema, and he has thrived ever since.

His 100+ goals for Schalke include 48 in just one season and a stunning strike against his former employers in 2014 – admittedly in a 6-1 defeat – and he got his revenge for that in 2018-19 when he was part of the Ajax squad that knocked Real Madrid out of the Champions League.

Mata didn’t even get a bit of a sniff in Madrid, playing for the Spanish side’s second-string but leaving for Valencia without getting a single minute for the seniors.

Santi Solari reportedly wanted to bring the midfielder back to Madrid in 2018, which tells you what you need to know about his achievements in the decade plus since leaving in 2007.

After forming part of an enviable Valencia attack with David Villa and David Silva [Leeds-supporting ed: and Pablo Hernandez] , he won the Champions League with Chelsea and has remained a Premier League mainstay since 2011 for the Blues and then Manchester United.

Another talented left-sided player, Zé Roberto came very close to embarrassing the club which let him return to Brazil after just a few months.

“I knew that if I wanted to cement a starting place at Madrid I’d need to stay for a few years. So, with the [1998] World Cup in mind, I left Real and joined Flamengo. I believe that if I had have stayed, I would have been a success, however fierce the competition was,” the Brazilian would later admit.

Based on his success elsewhere, it’s hard to argue. He was part of the Bayer Leverkusen side which ran Real Madrid close in the 2002 Champions League final, before winning four Bundesliga titles with a dominant Bayern Munich side and winning more than 80 caps for Brazil.

Argentina centre-back Samuel joined for big money after impressing at Roma but was only given one season to impress – had he been afforded longer, he might well have demonstrated his value to the team.

The former Boca Juniors man won five straight Serie A titles with Internazionale, but his biggest achievement came at the Bernabéu, when he played 90 minutes in the Champions League final victory over Bayern Munich.

Real Madrid themselves were eliminated from that year’s competition by Lyon in the last 16. Perhaps they could have done with a tough, uncompromising centre-back like Samuel.

You might not think it now, but there was a solid period where Negredo was one of the hottest strikers in Spain. And yet, bang in the middle of that period, Real Madrid brought him back and let him go without giving him a single minute of action.

The buy-back clause was exercised after 32 goals in two seasons for Almería during which they went from second-tier mainstays to a mid-table La Liga outfit, but he was immediately farmed off to Sevilla in time to add another 85 goals across four seasons.

Negredo also broke into the Spain set-up in that period, playing his part in the run to Euro 2012 glory, and added a Premier League title with Manchester City before his career took a downturn.

Fabinho has been a big name across Europe in recent years, both with Monaco and Liverpool, but Real Madrid didn’t seem to see enough in the Brazilian to sign him permanently after a loan spell.

The Brazilian was signed on loan for the Castilla side in 2012, but José Mourinho gave him a first-team debut. However, once Mourinho left Madrid to return to Chelsea, he made a loan move from Rio Ave to Monaco.

That’s the point at which things really started moving for Fabinho, who developed from a promising right-back into an accomplished midfielder, culminating in a central role in the 2019 Champions League final triumph.

New Liverpool midfielder Fabinho made one appearance for Real Madrid's first team in May 2013 👀 pic.twitter.com/rHljUR14cT

We finish with another defensive midfielder, and another Champions League winner.

Cambiasso made Real Madrid his first European stop as a teenager and returned to the club after finding his feet back in Argentina, but there was no getting past the likes of David Beckham and Zinedine Zidane in midfield.

Like so many others on this list, he found a new home with Inter. However, he stuck around even longer than his peers, playing more than 400 games for the club before a surprising late-career renaissance in Leicester. Of course, one of those 400+ games was the 2010 Champions League final.