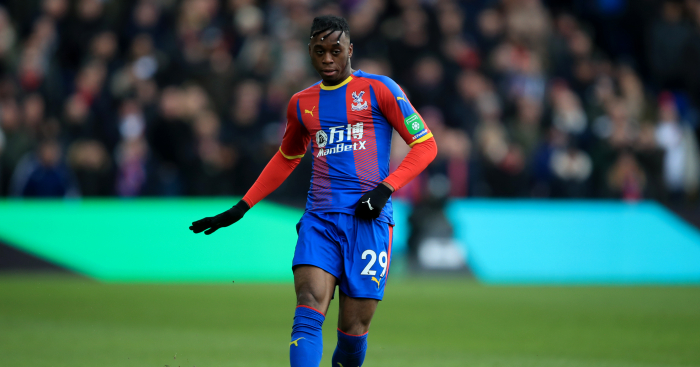 Big-name, big-money signings may be what get supporters most excited, but a number of more unheralded players have become vital cogs at their clubs this term.

Often a player will solve a club’s problem by rising to the challenge and removing the need for an illustrious transfer.

We’ve taken a look at nine breakthrough stars in the Premier League this season.

Gareth Southgate is blessed with a long list of talented right-backs. Kyle Walker, Kieran Trippier and Trent Alexander-Arnold were all taken to the 2018 World Cup, while it’s easy to forget Nathaniel Clyne was first-choice before an untimely injury on the eve of the 2017-18 campaign.

And so it speaks volumes that Wan-Bissaka appears to be quickly rising up the pecking order, with recent reports suggesting the 21-year-old could be fast-tracked into Southgate’s squad.

Crystal Palace have struggled to blood young players in recent seasons, but, after playing just seven times last term, Wan-Bissaka has established himself as one of Roy Hodgson’s most consistent performers, with his displays reportedly attracting attention from the likes of Manchester City.

Aaron Wan-Bissaka in the Premier League this season:

It is simply ridiculous. His first full season in professional football and yet he is posting these numbers. A freak. pic.twitter.com/Vmu1h7JguP

We’re going to give ourselves a rather smug pat on the back after tipping Brooks to make the step up to the Premier League in the summer, but we have to admit we didn’t expect his £12million move from Sheffield United to Bournemouth to go quite this well.

The 21-year-old has contributed six goals and four assists in 22 appearances for the Cherries and is now being linked with a transfer to one of the Premier League’s big boys in the tabloids.

Indeed, were it not for an injury last Christmas which derailed his campaign at Sheffield United, the Wales international, who came through Manchester City’s academy, may have already been signed by a bigger club than Bournemouth.

He dances. He’s got a moustache. He’s a full-back that plays up front. He’s an awful lot of fun in a competition which often takes itself too seriously.

Why did Callum Paterson two-foot the ball after Hoilett's winner?! 😭🤣 pic.twitter.com/OEX9cEFEfa

Much was expected of Wolves in their first season back at this level given the investment which has gone into the side, but most eyes were on the likes of Ruben Neves and Joao Moutinho in midfield.

Yet one of their best and most consistent performers has been Doherty, who has risen up the divisions from League One with the Midlanders.

The wing-back was named Premier League Player of the Month in September, and his tireless displays up the right flank have proved a dangerous weapon for Wolves, producing four goals and four assists in all competitions.

Doherty’s attacking contributions alone have been worth eight points to Wolves this term.

Thrilled to hear that Matt Doherty has now progressed from Matt Dockerty to Matt Dowerty. Another goal or two and the UK pundits might just get there in the end.

Plenty of eyebrows were raised when Leicester City shelled out almost £25million to sign Maddison from Norwich City given he had only played one full season in the Championship.

Yet within a few months of his debut campaign in the top flight, Maddison had been called up to England’s senior squad for the first time.

Leicester are in the midst of a peculiar season in which they have bloodied the noses of some of the best teams in the division while also suffering a number of dispiriting defeats which have left Claude Puel’s position in doubt.

But Maddison has proved himself to be an excellent prospect who should only improve at this level.

Why Alex Scott is a big fan of James Maddison at Leicester City#LCFC pic.twitter.com/EGfbq136di

Alright, Rice already had a burgeoning reputation prior to this season having won the club’s Young Player of the Year award for the last two years and making 31 appearances in all competitions last term.

But whereas 11 of Rice’s 26 Premier League appearances last season came from the bench, he has already started 21 times in the league under Manuel Pellegrini, becoming one of the Hammers’ most important players – and he is now being mentioned as a future captain.

“The truth is, I was not 100% sure [he would progress to this level],” Pellegrini said recently.

“I saw him play well last year but I saw him make a lot of mistakes too, but that’s normal in the first season. But he kept proving himself and showing that he could be an important player.

He added: “Soon he became a big player for us and now he is vitally important and he has a future you wouldn’t have dreamed of.”

On Rice’s leadership qualities, Pellegrini said: There are many ways to lead. You can do it with your quality, or your record in the game, or your personality, or what you say, or by the way you are playing.

“And right now Declan is leading by the way he is playing. He doesn’t talk because he’s still young but he shows the leadership on the ball, on the pitch, with his performances.”

I’ve made a compilation of Rice’s best moments for the club! IMO he holds the team together and I definitely think he is going to be a future captain, and legend of this club. Let’s try to get Declan to see this so RT, like and comment!⚒
⁦@_DeclanRice⁩ ⁦@WestHamUtd⁩ pic.twitter.com/lZoqwmWehP

Show us an Arsenal fan who had heard of Guendouzi before 2018-19 and we’ll show you a liar. Or maybe a Football Manager obsessive.

Unai Emery’s first season in charge of the Gunners has been a mixed bag, but the £7million signing from Ligue 2 has been one of the biggest positives.

Speaking on Match of the Day after Arsenal were beaten by Manchester City, Wright said: “Matteo Guendouzi, you have to say, to go to City and put in the shift that he put in today, never gave up, fighting all the way to the end, and that is the spirit, that is the kind of player that we want there [at Arsenal].”

Gary Neville: "[Emery] is finding out a lot about his players all the time. For instance, Guendouzi I thought was fantastic. 19 years of age that was a really good performance & he can build around things like that" #Arsenal pic.twitter.com/QwAXLP32bR

“We could not deal with Newcastle’s holding midfielders.”

As far as compliments go, earning praise from Pep Guardiola after beating Manchester City in only your fourth Premier League appearance is right up there.

“Obviously when someone like him, probably the best manager in the world, says nice things about you, it always makes you feel good, and gives you a little boost and confidence to know you’ve caused a team like that problems,” Longstaff told Sky Sports.

“But it wasn’t just me and Isaac, it was everyone, it was probably the shape of the team, the way the manager set-up, it was a group effort. But when Pep can give you the praise, you’ll always take it, and it was an unbelievable feeling.”

Newcastle United isn’t a particularly happy place to be under Mike Ashley, but the homegrown youngster is giving supporters one reason to smile.

How about that engine on Sean Longstaff?

He has played all but 10 minutes of seven games in the space of 29 days, covering more ground than any player on either team in each of his first four PL starts.

It may have taken interest from Bayern Munich for Chelsea to realise Hudson-Odoi is probably worth giving a chance, but the winger has already excited supporters in 10 appearances this term more than the ageing Willian and Pedro.

Chelsea insist the 18-year-old will remain with the club, but Bayern are likely to make another move for the player in the summer.

“We also had transfers in the past that didn’t work at the first attempt but at the second,” Karl-Heinz Rummenigge told Goal. “And that’s what we will work on now.

“To lay down a marker costs money. We want the best quality players here at Bayern and Hasan [Salihamidzic, sporting director] is absolutely convinced of that player.”

A goal made in Chelsea! 💙 pic.twitter.com/miXbnAHLYa