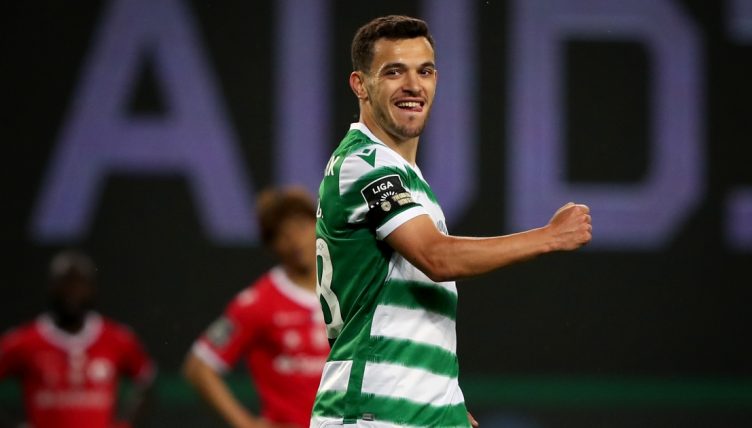 Manchester United already have Bruno Fernandes shining brightly, but if reports are to be believed they’re considering signing his successor at Sporting Lisbon, Pedro Goncalves.

Goncalves, aka ‘Pote’, a former academy prospect at Wolves, has played a hugely influential role in Sporting’s surprise title bid this season. They’re 10 points clear at the top of Liga NOS table, and the 22-year-old playmaker is the top scorer with 15 goals so far.

Here’s what’s being said about the rising star so far.

“He obviously wasn’t the footballer he is now, but he clearly understood the game and its different moments – something that makes a difference in high-level football,” Famalicao manager Sousa told the BBC, having signed Goncalves from Wolves and coached him in his breakthrough 2019-20 campaign.

“He had the chance to feature with me in a number of positions in midfield – as a double pivot, a winger and a No.10.

“He’s revealing an ability to get to the last third and attack that I didn’t know about, so I have to congratulate [Sporting boss] Ruben Amorim for that. It’s any coach’s dream to have a player as versatile as Pedro.” 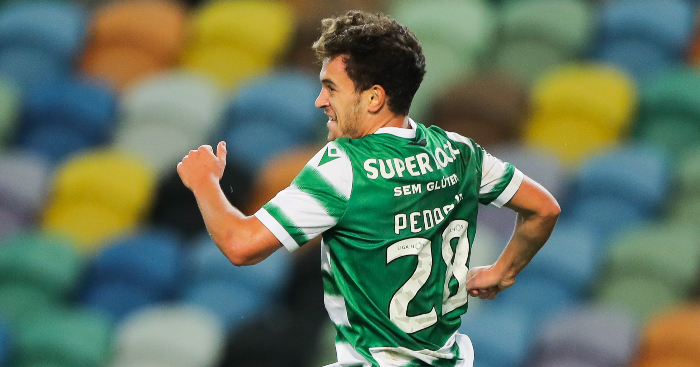 READ: All you need to know about Pedro Goncalves, ‘the next Bruno Fernandes’

“I said to him that the next time you get that opportunity you’ll put that in the back of the net. He’s been outstanding for us this year, he’s a really good player and no one means to miss an opportunity,” the Wolves Under-23s coach said back in February 2019 after Golcalves fluffed a golden chance.

“The good thing is he was in the right place at the right time, just put the shot a few inches wide; the actual move itself, and the build-up – which he was heavily involved in before – was excellent.”

“Pedro Goncalves has gone to Sporting via Famalicao. We let Pedro go but we put a sell-on that would protect us,” Wolves’ head of academy told the Birmingham Mail.

“He’s done fantastically well. That’s one way of creating money so if they’re not quite good enough for Wolves or what Nuno wants, that’s not a negative, we’re still creating revenue for the club.”

“When Bruno Fernandes left for Manchester United most Sporting supporters thought it would be years before the club found a replacement with a similar output from midfield,” World Soccer Magazine’s Portugal correspondent told 101 Great Goals.

“Just a few months down the line and the flying start made by Pedro Goncalves suggests the Lisbon club have hit gold again.

“He may not have the long-distance shooting ability or wondrous passing range of Fernandes but Pote, as he is nicknamed in Portugal, is an equally intelligent footballer. The combination of positional sense, skilful feet, excellent decision-making and composure in front of goal makes Goncalves a formidable weapon.”

“There is one consistent common denominator here and you won’t be surprised to learn his identity. Goncalves’ career history now reads Valencia, Wolves, Famalicao, Sporting. All four clubs have close links with Jorge Mendes,” observed The Athletic‘s Wolves correspondent.

“Do Wolves just have to chalk this one off as being the bad side of the Mendes carousel? Or, in hindsight, should they have loaned Goncalves out for a season?

“Perhaps they’ll do a Chelsea and just buy him back down the road anyway. But for now, Goncalves feels like the one that got away.”

“I usually describe him as a street player because whoever he plays against – it doesn’t matter if it’s a Pizzi [Portugal defender and Benfica captain] or a third-tier footballer – it’s exactly the same for him,” former Famalicao team-mate Martins told the BBC.

“He doesn’t feel the pressure of the big games. He’s a bit annoying, in a good way. But sometimes in a bad way also, moaning a lot, speaking non-stop, always arguing with opponents.

“Perhaps this is how he manages to keep his focus on the game. I know a lot of footballers who are like this – these things are perfectly normal.”

“We are going to have a fundamental and very important triple journey,” the Portugal coach said in response to a query as to why he’s yet to call up the Sporting talisman ahead of the March 2021 international break.

“We aim to win the World Cup and for that we have to get it first access. There are no other options, except the most valid at the moment. There are other players who could be part of this call, but my choice now was this.”

“The Sporting Lisbon forward has been monitored by United during a campaign where he has scored 15 goals in 22 games in Portugal and has alerted Europe’s top clubs to a buyout clause of £51.7million,” wrote The Telegraph reporter.

“Goncalves is expected to attract bids this summer at a modest price for an elite player. He has played much of the season in a central position but can operate in wide areas.”

“At the moment there is nothing concrete and, even if there was, it wouldn’t be the best moment for Pedro Goncalves and much less for Sporting,” the player’s agent said mid-season.

“There is no interest on our part in this transfer market, nor are Sporting interested in losing Pedro. Therefore, any business is out of the question.”

That was in January, though. Watch this space for the summer…