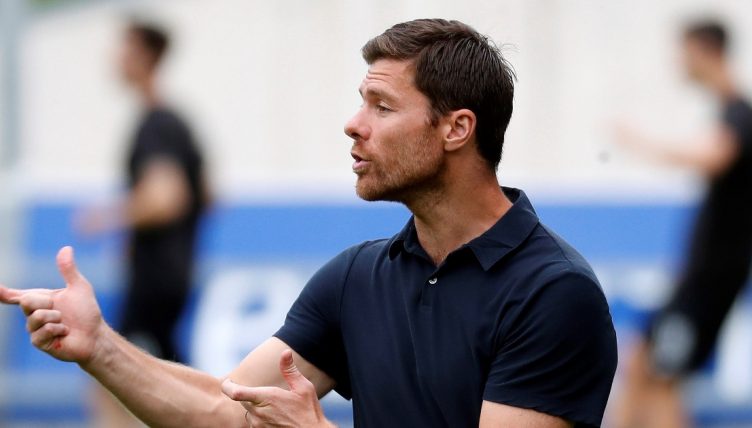 Borussia Monchengladbach have reportedly approached Liverpool and Spain legend Xabi Alonso to take over their vacant managerial position in the summer.

Alonso is currently back at his boyhood club Real Sociedad, coaching their B team after a stint working in the youth set-up at Madrid. Gladbach have been looking for a new coach to replace Borussia Dortmund-bound Marco Rose and are keen on bringing the former midfielder back to the Bundesliga after he hung up his boots as a player at Bayern Munich in 2017.

Having worked under some of the most decorated coaches around – Rafael Benitez, Jose Mourinho, Pep Guardiola and Carlo Ancelotti to name just four – the 39-year-old has had quite the education during his playing career. Here are nine quotes to explain what he’ll be about as a manager himself.

“I try to anticipate what will happen,” Alonso himself told The Athletic in 2019.

“I think about all of the eventualities. If they make certain moves and are able to control what we do, then at which point do we switch to Plan B? There also has to be a Plan C, of course. These are little changes. I am conscious that I cannot explain all of these plans to the players — ‘Lads, here is Plan A, B and C – you have to remember them…’ — that is unfair on the players.

“They will have too much information. If they are thinking about Plan B and C, they probably won’t get Plan A right. So, I try to really be clear with the boys about Plan A and clear only with myself and the coaches what B and C involve. It is a chess game. I still feel alive in this period of the matchday, yes.”

“Once I retired, I knew that I would take the step into dugout and I believed the words of Johan Cruyff: ‘The most beautiful thing is to play football, the second best thing is to coach,’” Alonso told l’Equipe after he first went into coaching.

“How the people speak about him – all the managers that he had in his career – is like a human being. One of the best midfielders I’ve ever seen in my life.

“He will come back soon as a manager. I bet, wherever he wants, he will become a manager and will be good.

“He understands the game and has curiosity to understand the game. He knew during the weeks what we would have to do to win the next games, to beat them. He already had the curiosity to know.”

“I speak to him, exchange texts. He’s going to be a coach, he will be a great manager I think. People always talk about Stevie at Liverpool, and the way he’s going at Rangers, it’s inevitable,” Alonso’s former team-mate at Liverpool told Open Goal.

“I think there is a chance that Xabi Alonso can become the manager of Liverpool in the future.”

“If, totally hypothetically, I was going to become Liverpool manager one day I know who I’d love to have as my assistant: Xabi Alonso or Jamie Carragher,” Liverpool legend Gerrard said before he embarked on his own coaching career back in 2016.

“They are very intelligent, have a deep knowledge of football and are special men. If I had smart people around me, and the right coaching team behind me, I like to think I could succeed as a manager.”

“His father managed the club [Real Sociedad] before I did and Xabi had been farmed out to a Second Division club. I brought him straight back and gave him his debut,” Toshack told LFC History, earmarking qualities as a young player that make him an ideal candidate for the transition into coaching.

“Initially he was a little off the pace but his speed of thought was faster than anybody else and his range of passing was perfect.”

“I think Xabi Alonso will be an interesting coach for Bayern at some point in the future,” the Bayern Munich CEO told Bild.

“He’s a great guy, a smart guy. Xabi has that empathy that you need especially with today’s generation of players.”

“I think he is pragmatic in his approach to football,” The Guardian writer said, speaking on The Spanish Football Podcast.

“This is a guy who embraced the methods of Pep Guardiola, of Jose Mourinho and Carlo Ancelotti, and he has taken bits from all of them, and he is clearly very bright.”

Lived it. Loved it.

“He has the qualities and the experience to become a fantastic coach in the future.”

Can you name every Spanish player to appear for Liverpool in the Premier League?