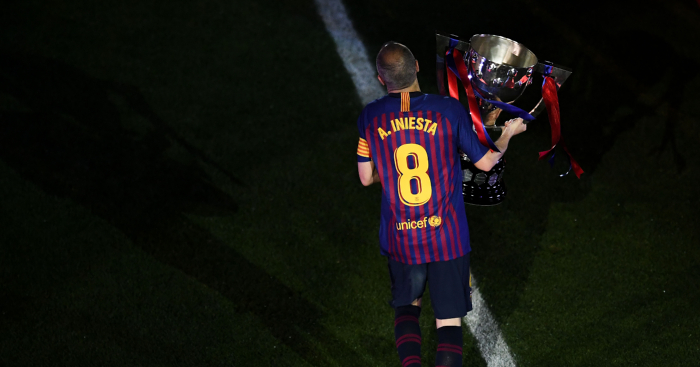 Andres Iniesta spent 22 years at Barcelona – but he will be remembered as an icon by fans of clubs all over the world.

Widely regarded as one of the finest talents to ever grace a football field, Iniesta made 674 senior appearances for Barcelona in a glorious career.

We’ve taken a look at just some of the reasons why supporters will remember Iniesta for eternity.

Iniesta has unsurprisingly become the player with the most trophies in Barcelona’s history, lifting an incredible 32 titles in 16 years.

He’s lifted everything from the Champions League to finishing his final season with a league and cup Double, not to mention his incredible stash of individual awards.

32 trophies for Barca. What a legend. Gracias Iniesta ♥️♥️pic.twitter.com/jJS4nSgX3E

The scorer of many an important goal, Iniesta scored arguably his most memorable at Stamford Bridge, smashing into the top corner late in the day to send Barca through to the 2009 Champions League final.

They went on to win the final at Wembley and secure a historic treble in Pep Guardiola’s first season in charge.

Over the years, Iniesta’s talent and ability to play in a number of positions earned him a wide range of nicknames.

He has been donned The Artist, El Cerebro (The Brain), El Ilusionista (The Illusionist), El Anti-Galáctico, El Caballero Pálido (The Pale Knight) and Don Andres (a royal title in Spain).

Iniesta popped up late in extra time to control and strike a great finish past Dutch keeper Maarten Stekelenburg to win Spain the 2010 World Cup.

He gets standing ovations everywhere

Thanks to the World Cup-winning goal, it became customary for Spanish supporters to greet Iniesta with a standing ovation whenever Barcelona visit.

Even fans from fierce rivals Real Madrid and Espanyol gave the legend standing ovations for his unforgettable heroics. 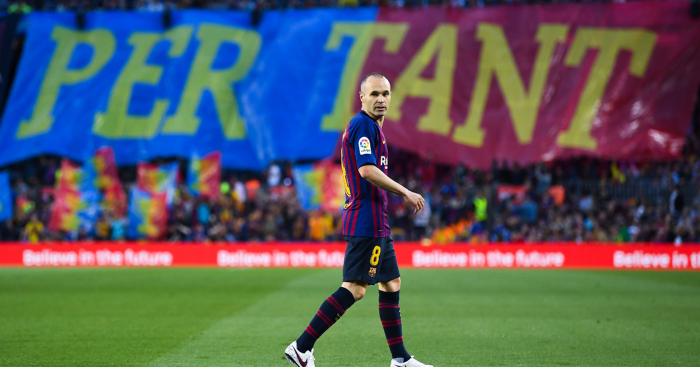 In 2009, Espanyol captain Dani Jarque tragically passed away due to a heart attack, leading to shock and grief across the nation.

Despite their on-field rivalry, Iniesta was close friends with Jarque and was particularly traumatised by the incident – so much so he nearly didn’t make Spain’s World Cup squad.

When he scored the winner, he promptly whipped off his shirt to reveal the message “Dani Jarque – siempre con nosotros” meaning “always with us”.

The man of every match

For his heroics in South Africa, Iniesta was named man of the match in the final of the World Cup.

Add that to man of the match awards in a Champions League and European Championship final, and he is the only player to ever achieve that particular treble.

And is the only player ever to be man of the match in a Champions League, Euro, and World Cup final.

Ladies and gentlemen one of my spiciest takes:

With his local club in financial trouble, Iniesta became the major shareholder at Albacete when he pumped in €420,000 in 2011.

Then, two years later, he put in another €240,000 to pay unpaid wages and save the club from the wrath of the authorities.

Praise from the best

Team-mate Lionel Messi said: “I always picture him with the ball at his feet. Everything is different with Andres. The hardest thing to do in football is to make it look like everything is easy, effortless, and that’s Andres.”