Nine senior players to appear in the Checkatrade Trophy this season 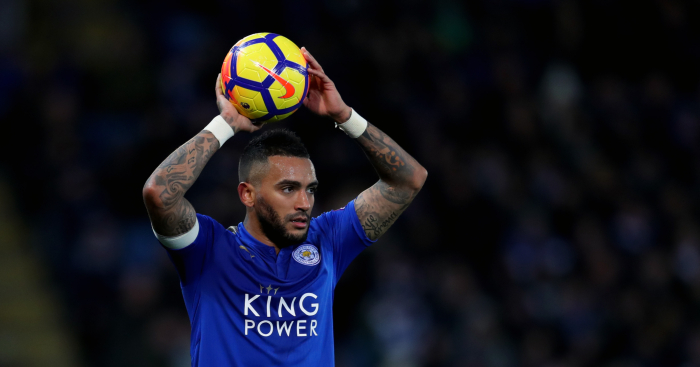 A number of senior players from clubs in the top two divisions of English football have appeared in this season’s Checkatrade Trophy – including names from Chelsea, Everton and West Ham.

The competition has been criticised since the decision to allow a select group of clubs from the top two tiers to enter Under-21 sides, albeit with two players over that age allowed to appear.

We’ve taken a look at nine players to appear in the competition this term whose names rather stand out.

There’s nothing like an appearance from an actual Premier League title winner to add some glamour to the Checkatrade Trophy.

Sadly, only 504 fans turned up at Fleetwood to see Simpson start in a 2-2 thriller as Leicester’s Under-21s ultimately won 6-7 on penalties.

The right-back is behind Daniel Amartey and Ricardo Pereira in Claude Puel’s first-team plans at the King Power Stadium and appears set to leave the Foxes in January.

Adam used all his experience to help Stoke City’s Under-21s grind out a 0-0 draw at Sunderland but had been substituted by the time the penalty shootout came around as the Black Cats went on to triumph 4-2.

The 32-year-old has had a small taste of first-team action for the Potters this season, making an eight-minute cameo in the Championship plus a start and substitute appearance in the League Cup.

Joe Allen, Peter Etebo and Ryan Woods are established as Gary Rowett’s first-choice central midfielders, while Darren Fletcher has been used as back-up.

One of a number of Chelsea youngsters to generate plenty of hype, Musonda appeared one of the best-placed to actually establish himself in the Blues’ first team.

After showing glimpses of his potential on loan at Real Betis, the winger made seven appearances in all competitions for Chelsea under Antonio Conte in the first half of 2017-18.

The Belgium youth international joined Celtic on an 18-month loan deal in January but that was terminated in the summer after he played just four times in the SPL.

His return to Stamford Bridge allowed him to appear, and score, in a 4-0 defeat of Swindon Town in the Checkatrade Trophy, but the 21-year-old’s future in west London does not appear bright – and on deadline day he made the inevitable loan move to Vitesse.

In August 2016, Burke became the most expensive Scottish player in history when he left Nottingham Forest to join RB Leipzig in a £13million move.

In August 2017, Burke broke his own record when he left RB Leipzig to join West Brom in a £15million move.

But earlier this month Baggies boss Darren Moore urged the 21-year-old and fellow prospect Jonathan Leko to be prepared for a first-team chance.

“It’s a really tough gruelling season ahead and we’ve got a busy period coming up and we’ve still got the FA Cup too,” he said.

“In terms of those two players [Sako and Burke], they’re in the thick of the squad. I want them fit so if called upon they’re ready.”

Pratley joined Charlton in the summer after his contract expired at Bolton and has featured regularly in midfield for Lee Bowyer’s side, making eight League One appearances.

However, the 33-year-old most recently filled in at centre-back and bagged himself a goal as Charlton’s Under-21s thrashed Stevenage 8-0.

We're underway. Darren Pratley filling in at centre-half is what the Checkatrade Trophy is all about for me. Glad I came. #cafc #StevenageFC

“Brendan is a lovely kid and he has been working hard but he has lacked game time. He’s here to get game time and he is not getting it. You don’t want to waste the boy’s time, it is a critical stage for him.

“We thought maybe Everton would want to take him back, maybe loan him out somewhere else – even in the division below – but that wasn’t the case.”

Chris Coleman was impressively honest when asked last season about Galloway’s situation on loan from Everton at Sunderland.

The defender had initially impressed after breaking into the Toffees first team, only for unproductive loan spells at West Brom and Sunderland to completely halt his progress.

Now 22, Galloway’s appearance against Bradford City in September was his first ‘competitive’ run-out since December 2017.

It is now three years since a 16-year-old Oxford produced such an assured display in central midfield in a 2-0 victory for West Ham at Arsenal and we have absolutely no idea whether he’s any good or not.

We do know he’s been on loan to Reading and Borussia Monchengladbach and generally not played much first-team football.

Two appearances in Checkatrade Trophy defeats to Bristol Rovers and Exeter are unlikely to ease the youngster’s frustrations.

It has been a strange couple of years for Iorfa, who became a fan favourite at Wolves and built a reputation as one of the most promising young defenders in the country after breaking into their first team.

England Under-21 honours followed, but he spent last season on loan at Ipswich as Wolves won promotion and remains firmly out of favour at the club this season.

The 23-year-old has been training away from the senior squad and Under-23s with a group of players who have been told they have no future at the Midlands outfit, meaning his only appearance this term has come in a 2-1 defeat at Mansfield.

In January, Lonergan was all set to leave Leeds United and join Sunderland on deadline day, only for a move to break down.

The 34-year-old stopper could potentially have spent this term as a No.1 in League One, but instead he waited until the summer to leave Elland Road, joining Middlesbrough on a free transfer.

His three appearances for Boro are yet to yield a clean sheet, with his most recent appearance coming in a 3-1 defeat at Walsall.