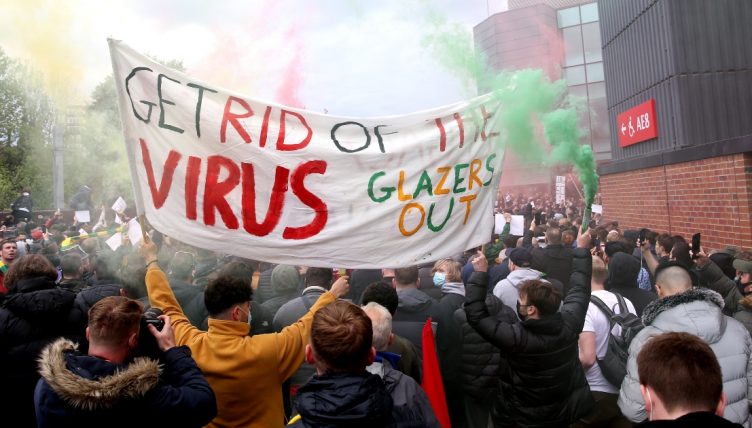 The Glazer family’s ownership of Manchester United is under increased scrutiny after unprecedented protests outside Old Trafford and the team’s hotel saw their fixture against Liverpool postponed.

This latest wave of unrest has been sparked by the club’s recent decision to join the proposed European Super League, but opposition to the Glazers dates back to when they completed a leveraged buyout in 2005, which led to the considerable ‘green & gold’ protest movement and formation of non-league club FC United of Manchester.

Ever-diligent finance blogger Kieron O’Connor (AKA Swiss Ramble) has taken a look at United’s accounts since the Glazers’ takeover 16 years ago, with a detailed must-read Twitter thread. Here are nine of the most eye-catching figures.

– Since 2005, United have generated £5.9billion in revenue – by a considerable distance the most of any club in the country. That’s led to a £467million operating profit, but thanks to £817million payable interest, the club has actually made a net £92million loss.

– The net spend on player transfers since 2005 has been £1billion – £1.4billion spent on players, with £400million made via sales. During that time, the club has also spent roughly 70% of the amount on buying players as paying out interest (£704million) on loans taken out by the Glazers. 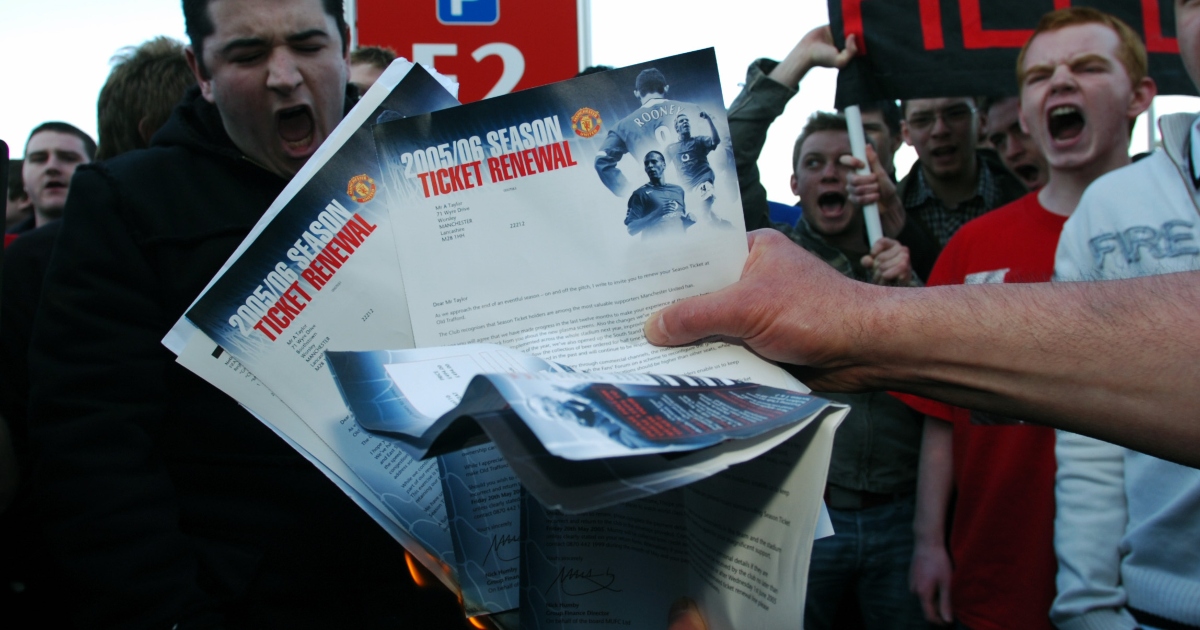 READ: Remembering when fans tried to buy Manchester United from the Glazers

– Manchester United’s revenue has tripled during the Glazers’ time in charge, going from £173million to £509million – a growth of £336million. Throughout that time they’ve remained top of the tree in terms of revenue, but other clubs have outpaced them in terms of growth. Liverpool have risen by £417million and Manchester City have risen by £370million.

– The club have spent over a billion on financing during the Glazers’ time – £1.1billion. That’s more than they’ve spent (net) on buying players.

#MUFC fans will be painfully aware that their club has paid huge sums for the privilege of having the Glazers as owners. Since the leveraged buy-out they have spent £1.1 bln on financing: £704m interest, £244m debt repayments and £125m dividends. Averaged £42m in last 5 years. pic.twitter.com/MmDqI9t2jW

– In 2020, Manchester United received £140million in broadcasting revenue. That’s more than three times as much as the £46million the club received in 2006, the first full year of the Glazers’ ownership, but it was dwarfed by rival clubs that have enjoyed considerably more success in Europe in recent years – £202million at Liverpool, £190million at Man City and £183million at Chelsea, last year.

– Between 2010 and 2020, Chelsea made more than twice as much in player sales as United. The likes of Everton and Southampton also made more.

Many clubs make good money from player sales, but #MUFC have only delivered £291m from the activity in the last 11 years, significantly less than #CFC £707m and #LFC £552m. Not only is this lower than the rest of the Big Six, but also worse than #EFC and #SaintsFC. pic.twitter.com/xdHQxiiHtC

– Manchester United’s infrastructure spending between 2010 and 2020 amounts to just £118million. Liverpool have spent over double that (£238million), Brighton have spent considerably more (£181million), while Tottenham’s new stadium and training ground have been over 10-fold – £1.4billion.

– The club still have £526million worth of debt. Only Tottenham, thanks to their new stadium, have more.

What pundits have said about the anti-Glazer protest: Neville, Keane, Wenger