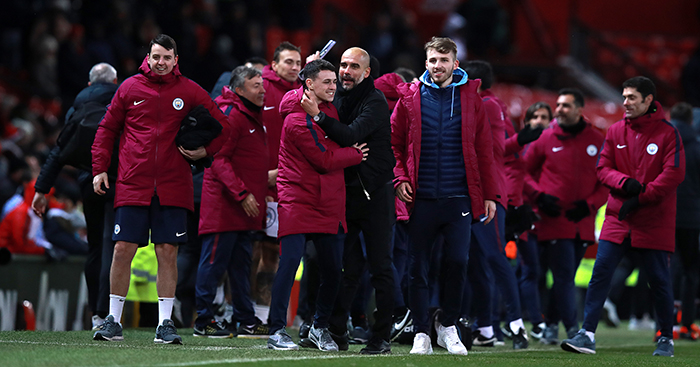 Manchester City are now 11 points clear at the top of the Premier League after beating Manchester United – and looking increasingly likely to set some new records this season.

City’s win at Old Trafford was their 14th in the row in the Premier League and left United boss Jose Mourinho all but conceding the title after just 16 games.

Pep Guardiola was understandably less keen to declare the title as already City’s, but the likelihood is that the Blues will not only win the league but do it in record-breaking fashion. Here are some of the records they are chasing…

– Chelsea hold the record for the most points won in a Premier League season, racking up 95 in 2004-05. After 16 games of that campaign they had 39 points. City have 46 from their 16 games. That would have been enough to earn them eighth place last season.

– Manchester United hold the record for the biggest title-winning margin, finishing 18 points ahead of Arsenal in 1999-2000. However, after 16 games of that season they were actually two points off top spot, albeit they had a game in hand. By contrast, City are already 11 points clear at the summit.

– Antonio Conte’s Chelsea set the record for most wins in a Premier League season (30). City already have 15, three games before the halfway point. 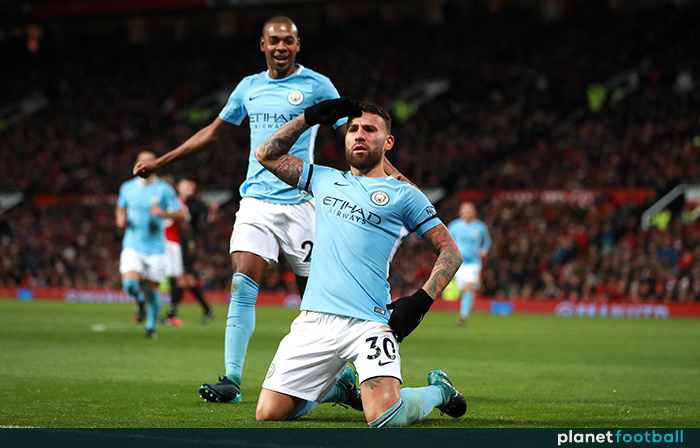 – Chelsea also hold the record for most goals scored in a season, notching 103 under Carlo Ancelotti in 2009-10. They had scored 40 after 16 games of that season, eight less than City have managed so far.

– One record City are unlikely to claim this season is that of fewest goals conceded in a Premier League season. Chelsea let in only 15 in 2004-05, only four more than City have conceded after 16 games.

– Manchester United managed just 35% possession against City on Sunday, their lowest share in a Premier League game at Old Trafford since Opta began collecting records in 2003-04.

– United are not alone in this regard. City set a new record for average possession in a season in Pep Guardiola’s first year (60%), but they are at 66% after 16 games of this season. That’s more than seven per cent higher than anyone else in the Premier League (Tottenham 58.7%) and more than any other team in Europe’s major five leagues.

Since the Premier League winner appears all but wrapped up have a flutter instead on the online casinos.