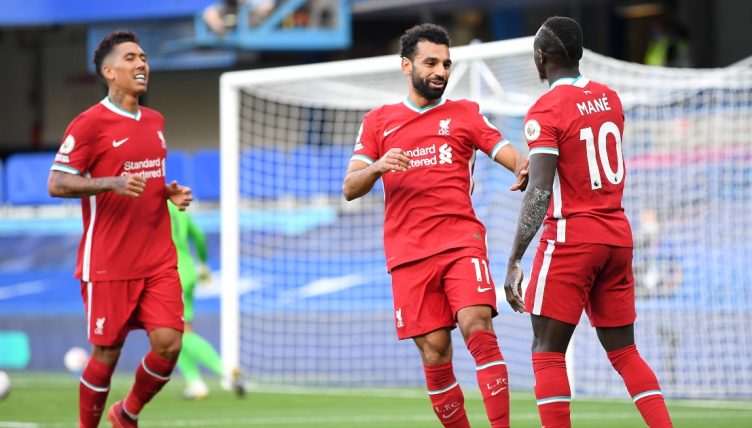 After a difficult 2020-21, Liverpool‘s famous front three of Sadio Mane, Mo Salah and Roberto Firmino are now back at their terrifying best.

Some pundits suggested that Jurgen Klopp should have broken up the front three in the summer, but they’ve been made to eat their words.

We’ve taken a look at nine stats that show just how impressive Salah, Mane and Firmino have been in 2021-22.

– The trio of Salah, Firmino and Mane have a combined 22 goals in 1,923 minutes this season, averaging a goal every 83.6 minutes.

– The Liverpool front three have also scored 16 Premier League goals this season. None of the other 19 Premier League clubs have managed more than that in 2021-22.

All three of our forwards scored again today.
All three are in our top 20 goal scorers of all time.

Firmino is 20th, ahead of Stubbins, Suarez and Torres.
Mane is 17th ahead of Keegan and Toshack.
Salah is 10th ahead of St John.

These are the greats of our club. Right now pic.twitter.com/DmtPXzrAW6

– Salah is enjoying his best-ever start to a season with Liverpool, registering 10 goals and four assists in 14 appearances in all competitions.

– The Egypt international can’t stop scoring and has scored in eight games in a row for the first time in his Liverpool career.

A goal that 𝐧𝐞𝐞𝐝𝐬 to be seen from every angle 💫🤩@MoSalah’s display of individual brilliance, presented by @Sonos 🎥 pic.twitter.com/eg2hyPWBHA

– Firmino has now netted four Premier League away goals this season, which is as many as Manchester United and Manchester City have scored.

– After scoring just nine goals in 48 games last season, Firmino is averaging a goal every 39.6 minutes for Liverpool in 2021-22.