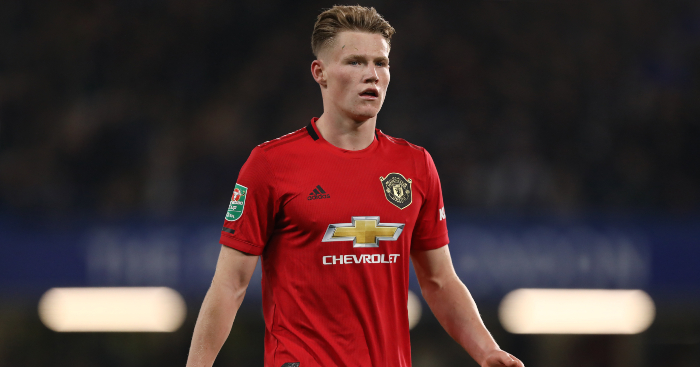 Scott McTominay has evolved into a key player at Manchester United under Ole Gunnar Solskjaer this season.

With Ander Herrera leaving in the summer, Paul Pogba missing through injury and Nemanja Matic out of favour, McTominay has stepped up to impress despite the Red Devils’ inconsistent season to date.

We’ve taken a look at nine stats – all of which relate to the 2019-20 Premier League campaign – that underline the 22-year-old’s growing importance at Old Trafford.

– McTominay has won more duels (78) than any other Manchester United player this season.

– The midfielder has also made the most recoveries (76) among United’s squad.

– McTominay has also won the most fouls (26) of any United player.

– Wan Bissaka is also the only player to make more interceptions than McTominay (15 vs 14).

This is one of my favourite moments of the season from yesterday. 22 year old Scott McTominay shouting at his experienced teammates to get into position in the 92nd minute of the game.

Got booked in the 10th minute and still bossed the midfield. Don. pic.twitter.com/hwR8Zz7Azv

– On the other side of the ball, only Marcus Rashford (16) has completed more dribbles than McTominay’s 15 this term.

– McTominay is one of only six United players to register an assist in the Premier League to date.

– McTominay is the only player outside of United’s front three of Daniel James, Anthony Martial and Marcus Rashford to score in the Premier League to date.