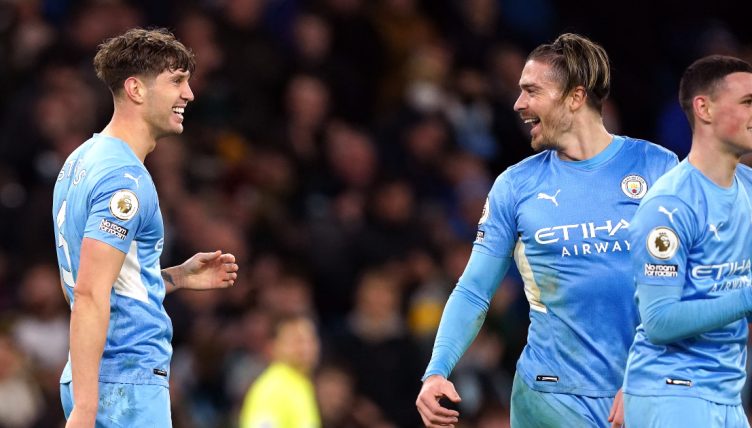 On Tuesday night, Leeds United were picked apart by Pep Guardiola’s ruthless Manchester City in a 7-0 thrashing the likes of which the Premier League rarely sees.

It was a remarkable display of attacking prowess, with the scoring starting early when Phil Foden fired home after just eight minutes. Five minutes later Jack Grealish headed home his first Premier League goal since he scored against Norwich in the second match of the season.

From there the floodgates opened and Leeds’ heads dropped; Kevin De Bruyne scored in both halves, Riyad Mahrez piled on the misery and even John Stones and Nathan Ake joined in on the onslaught.

It was the second 7-0 result of the season, with Chelsea putting seven past Norwich in October, and it felt like Guardiola’s men were sending a warning sign to Chelsea and Liverpool in the Premier League title race.

– Such was Manchester City’s attacking dominance, they had 31 shots, 11 more than Spurs had across the entirety of September under Nuno Espirito Santo. Fifteen of City’s efforts were on target.

– City’s seven goals came from an xG of just 2.2. That is the second-highest over-performance in Premier League history for which records are available.

– This attacking emphasis was not isolated to the match against Leeds. City have now taken at least 20 shots in every one of their last three Premier League games. They had 24 against Wolves, but only won courtesy of a Raheem Sterling penalty, and 26 against Watford.

– Of course, as much as City’s attack was relentless, Leeds’ defence was not up to scratch. They have now conceded 11 goals in Manchester this season across two matches, four against Manchester United and seven against City. In comparison, United have conceded 13 while remarkably City have conceded just three across all home games.

– Foden scored the first of the night after just eight minutes. It was the 500th Premier League goal of Pep Guardiola’s Manchester City reign in just 207 games, the fastest any manager has reached the total.

– The seven against Leeds means that, in the Premier League, Guardiola’s City side averages 2.44 goals a game.

– It was Leeds’ joint-record loss in the English league system, their worse since they suffered the same result against Arsenal in 1979.

– In his 568-game career as a manager, it was the first time Marcelo Bielsa had ever conceded seven in a match.

– City had 65% of possession against Leeds. They have had more possession than the opposition in every match they have played in the Premier League this season. Even when they played Liverpool at Anfield, Guardiola’s team had 52% of the ball.