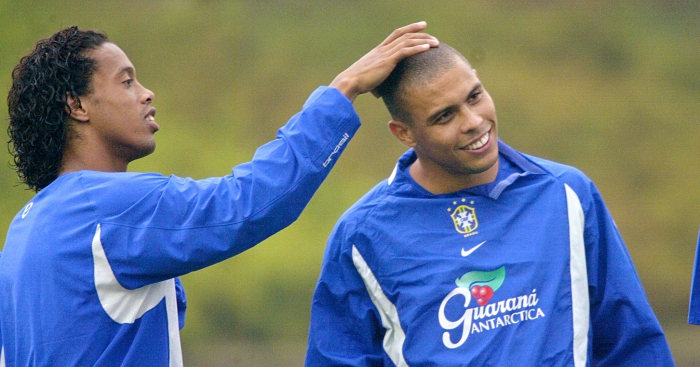 Stories involving Manchester City, Liverpool, Manchester United and Chelsea all made us smile this week.

The international break can be a tough time for football fans, especially when we are yet to even see the majority of teams play.

Thankfully, there has still been a number of entertaining stories this week, and we’ve picked out some of the best for you.

What excuse did your mates who copied that haircut at school have?

"Everyone talked about my leg injury, so I decided to cut my hair & leave the small piece. I could relax & stay calm then because everyone focused on my hair. I'm not proud about it, it was a strange look, but it was a good way to change the subject." pic.twitter.com/Vc5JVTXPt8

He still oozes class when he wants to. We still think of him during Portsmouth’s Great Escape.

Admittedly we’d be a little intimidated if these two turned up to training when we were seven.

When Leo #Messi and @aguerosergiokun turn up at your U7 and U8 Academy training sessions… 🤩 #ManCity pic.twitter.com/fH4ZDJBYTI

Perhaps releasing Brazil’s new away kit with a still from their 7-1 defeat to Germany was a bad idea.

There were suggestions Bale might not be fit to line up for Wales against China, but he went on to score a hat-trick to become his country’s record goalscorer. What a player.

Big news as Manchester United are set to form a professional women's team. They are the only current Premier League club not to have a senior women's team. They will join WSL2 if the FA accept their application for an FA licence & they will train at The Cliff.

Costa has rejected suggestions he is relieved that Alvaro Morata has not been picked for the latest Spain squad. Maybe he’s not such a big sh*thouse after all.

Diego Costa: "I miss Morata, we have a great relationship. He is a great person and a great player. He is having a bad time but is starting to score goals again." pic.twitter.com/pvOYuEjc0J

German football clubs met to discuss whether the 50+1 ownership rule should stay in place this week, with the majority agreeing it should.

What a start to life on Twitter from the man who is more than happy to live up to his stereotype.

#TBT to yesterday…. when I wasn't on Twitter! 👋🏻 pic.twitter.com/TJy4RxHZJx