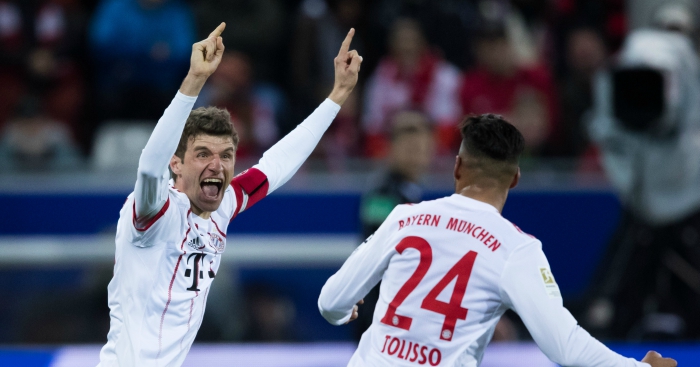 Riyad Mahrez showed his class once again for Leicester City this weekend, while there were contrasting fortunes for former Newcastle United and West Ham players.

Lionel Messi, meanwhile, was up to his usual tricks as Barcelona secured a crucial 1-0 victory over Atletico Madrid which moves them eight points clear at the top of the table.

And the start of the MLS means we now have plenty of trans-Atlantic fun to bring you every Monday.

What we really like about this goal – aside from its sheer brilliance – is the camera angle from behind the goals before Messi takes the free-kick which shows the Nou Camp in all its glory.

He might have preferred to be at Manchester City right now, but when Mahrez is still able to step up in the 96th minute and do this, Leicester fans will find it hard not to love him.

This might be the most Thomas Muller finish of all time, but that pass from Mats Hummels, woof.

Alphonso Davies scored his maiden goal in the MLS and also registered an assist as Vancouver Whitecaps beat Montreal Impact 2-1 in their season opener. The 17-year-old was ineligible to win Man of the Match, however, as the award is sponsored by Budweiser.

Time to vote for your #BUDMOTM.

Unfortunately, Alphonso Davies is not eligible for another two years. No, seriously. #VWFC #VANvMTL

Los Angeles FC beat Seattle Sounders 1-0 in their first ever game in MLS, and Rossi’s winner was an impressive way to write his name in the history books.

Two nutmegs for the price of one from the Portugal attacker.

The newly-promoted Chinese Super League side played their first match in the competition and handed debuts to Yannick Carrasco, Nicolas Gaitan and Jose Fonte.